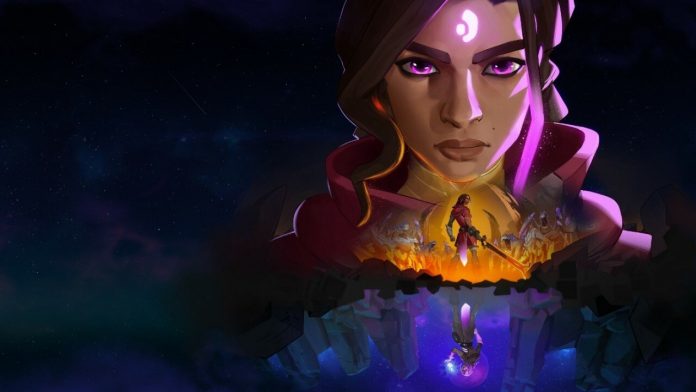 Last week was the first Guerrilla Collective Showcase of the Summer, and yesterday (12th June) brought another stream – ‘Day 2’ – full of Indie goodies (the event is part of IGN’s Summer of Gaming). As before a lot of projects are currently confirmed just for PC or specific platforms, but we’ve gone through the announcements and picked out 11 intriguing Switch titles for your viewing pleasure.

Previously known as Deathstick, this is a rather promising 2D Metroidvania – the name combines the two Japanese words: 赤い “Akai”, meaning ‘red’ and 鳥 “Tori”, meaning ‘bird’. You swap between parallel universes, exploring and fighting as you try to save the world; the footage has certainly got us interested.

This Idoz-developed title is being published by Humble Games, so has a good shot at being quite a high-profile Switch eShop release. This top-down ‘Intense Bullet Hell Action’ game has a neat fantasy setting and some rather crisp pixel-style visuals.

Another interesting title being published by Red Art Games. It’s an adventure game that promises an ’emotion-filled narrative’ along with interesting characters. The visuals look rather charming with some combat to keep things moving along; apparently it’s not far off, either.

A title we caught a glimpse of during the recent Indie Live Expo, Batora: Lost Haven is an intriguing sci-fi tale that plays out through an isometric angle. Its blend of hack ‘n slash and bullet hell could be a lot of fun indeed, and it certainly has a distinct sense of style.

Seemingly a freshly announced title, this is a 2D action title in which you play as Count Bloodvayne, though apparently you pick up more characters as you go. Expect pixelated gore and action.

Games can do a wonderful job of introducing new story ideals and cultures to players, and perhaps Black Book will achieve this. Originally planned for 2020, it seems to blend exploration with storytelling and card-based battles; it’s based on Slavic myths as humans ‘live alongside mythological creatures’.

This is “an action role-playing game with combat, stealth, dialogue, inventory, attributes, skills, item crafting and psi powers” – plenty going on then. We really like the visuals and admittedly grim world of this one, here’s hoping they can get this out once the dark winter months have set in.

Published by Thunderful and developed by Dejima Games, this is immediately eye-catching. A 2D title with gorgeous visuals, you tackle a range of fires will little more than a trusty axe and water hose, albeit there will be upgrade options. The movement looks like a lot of fun, and we’re very keen to see how this shapes up on Switch. [NOTE: Plenty have said this is coming to Switch, but both the publisher and developer just say ‘consoles’ in official press kits etc, so we’ll keep an eye out for definitive platform announcements]

While the world isn’t short of top-down pizel-art action games, we really like the look of Hunt the Night by Moonlight games. It seems to have some puzzles and RPG-style depth, and the visual look and design is fantastic; by the looks of the footage it’ll have quite a story and some memorable set pieces.

This rather charming 2D platformer is now confirmed for Nintendo Switch; it’s inspired by Japanese mythology and is no doubt going for a heavily cute vibe. The use of different costumes for distinct abilities looks like it could be rather fun.

This is definitely a YouTube / Twitch-suited game, as it’s four player co-op in which you and some buddies chaotically try to sail and navigate various iffy-looking seas. Could definitely be fun if you pass the Joy-Con controllers around with some friends on Switch.

There you have it – let us know which of these games you’re most intrigued by down in the comments!