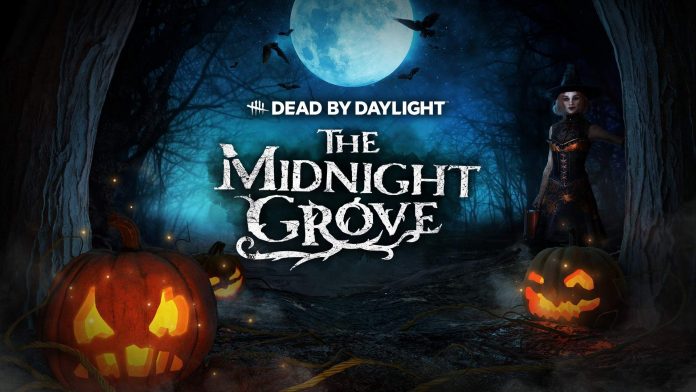 Dead by Daylight might just be the perfect Halloween game. It gets you together with friends. Its gameplay is built on tension, thrills, and kills. It even features a hall-of-fame-level cast of original characters and iconic legends from horror’s biggest film and gaming franchises.

Halloween is in our DNA, and with a new tome open in the archives, a new survivor joining the roster, and a huge Halloween event locked and loaded, there are more reasons than ever to step into the Fog this October. If you’re playing for the first time you can even try Dead by Daylight for free until October 25 with Free Play Days!

Not only does our latest Tome feature three new terrifying tales from the world of Dead by Daylight, but for the first time ever a pair of those stories intersect, presenting two very different perspectives of a single chilling event.

Picking up with the All-Kill Chapter’s fan-favorite K-Pop legends, The Trickster and Yun-Jin Lee, we’re treated to each character’s POV as an unexpected abduction on the eve of a violent storm puts their relationship to the test.

Players can also jump into the Cresendo Rift, free to all, and earn unique fan-inspired outfits for The Plague and Élodie Rakoto. If you brought your king-size pillowcase trick or treating this year, the Premium Track lets you claim over 60 cosmetic items worth over 20,000 Auric Cells.

As featured Tome 9 characters, we’re also offering 50% off the Auric Cell, and 25% off the Iridescent Shard (in-game currency) prices for The Trickster and Yun-Jin Lee from now until October 27 at 11 a.m. ET.

The Hour of the Witch Chapter

The perfect Survivor for the season has just landed in the Fog as part of the Hour of the Witch Chapter, available now.

Mikaela Reid not only loves Halloween she loves horror stories too. She reads them, she writes them, and over time has even developed a keen interest in witchcraft. In addition to her unique look and personality, her Perks are also one of a kind. Mikaela stands as the first Survivor with the ability to harness the power of Totems, creating healing and protection boons for herself and her allies, and instantly making her an invaluable part of any team.

Not all witches are wicked, and this one is poised to do great things in the Entity’s Realm.

Dead by Daylight brings the creepy vibes 365 days of the year, but Halloween is our chance to take it to the next level. Starting today and running until November 4th, players can take part in The Midnight Grove in-game event – which includes an all-new time-limited Event Tome, available through the Archives.

The event decks our maps out with Halloween decorations, special items, and new this year: interactable jack-o-lanterns aplenty. Smash these sinister pumpkins to complete challenges and roll the dice to receive an instant trick or treat.

For the (very short) duration of event, players can also earn special outfits for our new survivor, Mikaela Reid and The Doctor, as well as three new charms — all Midnight Grove exclusives. Completing challenges will also unlock a series of scary stories written by Mikaela herself.

That’s all for now, folks! We hope this jam-packed October in Dead by Daylight will deliver more reasons than ever to step into (or back into!) the Fog and make this a Halloween to remember. And don’t forget, Dead by Daylight is currently free until October 25 with Free Play Days. See you in the Fog!

$14.99
Get it now
Xbox Game Pass
Ever wished to play as one of the characters from your favorite horror movies? Dead by Daylight is a 1v4 multiplayer game that draws from all corners of the horror world from a powerful slasher to a terrifying paranormal entity.

Choose between playing an unstoppable Killer and one of 4 Survivors trying to evade a gruesome death. Each character has their own deep progression system and plenty of unlockables that can be customized to fit your personal strategy. Work together to escape, or stalk and sacrifice every Survivor.

This Edition of Dead by Daylight gives you access to a roster of 7 Killers (The Trapper, The Hillbilly, The Wraith, The Nurse, The Hag, The Huntress and The Doctor) and 9 Survivors (Meg Thomas, Claudette Morel, Jake Park, Dwight Fairfield, Ace Visconti, Nea Karlsson, Bill Overbeck, Feng Min and David King). It also includes two cosmetic add-ons packed with outfits for various characters.