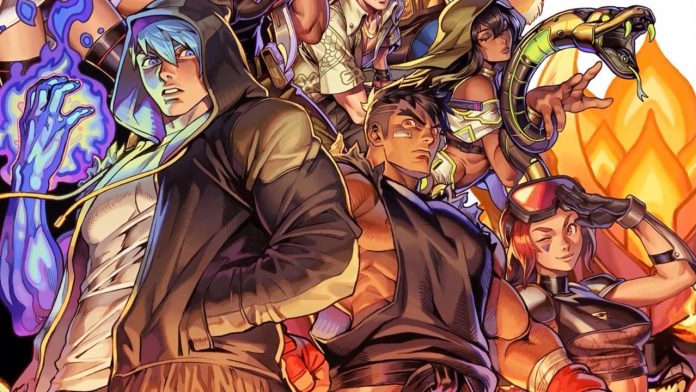 If you have fond memories of 2D pixel fighting games and sometimes wish you could just return to this golden era, you might want to keep an eye on Blazing Strike published by Aksys Games and developed by RareBreed Makes Games.

We first heard about this one back in May and now in an update, the team has released a first look trailer. It’s not hiding the fact it takes plenty of inspiration from the classics such as Capcom’s Street Fighter series:

Here’s a little extra information, courtesy of our previous post:

“Blazing Strike features a 4-button system with six normal attacks: light, medium and heavy punches and kicks, as well as three defense moves: block, guard and parry. A Rush Trigger enables fighters to execute fast-paced attacks and movements, but using it will slowly drain the Rush Meter, sending the character into a temporary groggy state. This allows players to execute exciting combos while having to manage the Rush Meter. The game will include three play modes: Story Mode, Arcade Mode and VS Mode, with training, sparring and online match via Persona AI, and online play powered by GGPO.”

Blazing Strike is scheduled to arrive at some point next year across “various platforms” including the Nintendo Switch.

This reveal was part of Aksys’s recent Twitch showcase, which you can learn more about in our round-up post of the event. Six other games were showcased.