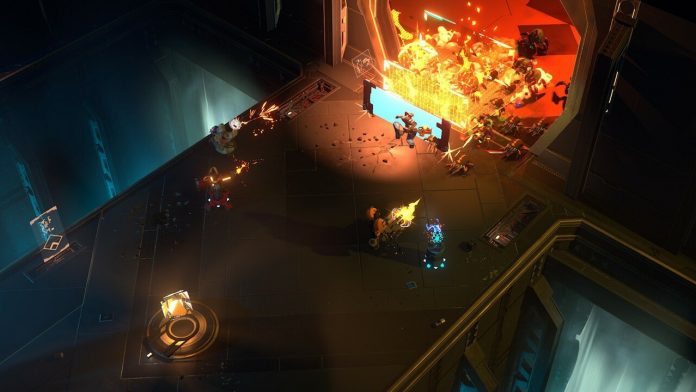 For those that enjoyed Dungeon of the Endless, the reveal of Endless Dungeon during The Game Awards 2020 was an exciting moment, with developer Amplitude returning to the ‘ENDLESS’ universe with a ‘rogue-lite tactical action game’; with SEGA publishing there’s also reason to be optimistic that the developers will have the resources they need to make an impressive title.

In more recent times it was confirmed during the Summer Game Fest Kick-Off event that it’s coming to Switch, along with a whole load of other platforms. With neat art design and some cool-looking playable characters it could be one to watch.

Now GameSpot, as part of its Play For All 2021 event, has posted a spotlight feature in which key members of the development team talk about the concept, how the project came about and some ideas for the future. Check it out below.

To date Endless Dungeon doesn’t have a release window, but we’ll keep an eye out for details.