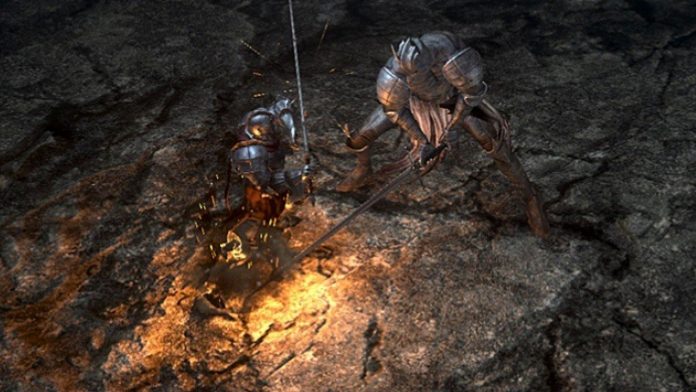 For anyone who likes their bleak, precise, combat-focused RPG-style action games, ANIMUS: Revenant arrives on Switch on 10th June giving you the opportunity to battle your way through a dark fantasy world encountering unforgiving foes in a fight for your very soul. Sounds… familiar.

Perhaps we’re remembering the previous game in the series from developer TROOOZE (yes, three ‘O’s), ANIMUS: Harbinger. That was a budget Switch eShop title that offered a grisly combat experience in much the same vein. As you can see from the trailer above, this time the camera appears to follow the player through a desolate, hostile land from a fixed three-quarters perspective as you to battle against foul creatures, fallen knights and lost souls.

What is that similar game we’re thinking of? Let’s check out some official blurb from the PR and some more screens:

A covenant made, a covenant broken, confrontation now unavoidable. Seize the blood memories of old, lest those that intend suffering wield them.

“Blood for blood. That which is taken shall be returned.”

Keeper of this unremembered refuge, the danger is here. A blood debt incurred long ago is to be collected to bring about the end. Summoned from humanity’s last breaths of desperation, you are all that stands between Cadmeia and its annihilation. Find and seize the blood memories of old, lest those that intend suffering and harm unending should wield them. Brace yourself. Kerr, Breaker of Worlds, is come.

In our review, we found the previous game to be “Average” — a mobile title “that could have been a perfect fit for the Switch if its combat, levels and enemies had received a higher level of polish”. Perhaps TROOOZE (okay, no need to shout) has sharpened its blade for this sequel.

ANIMUS: Revenant lands on Switch eShop on 10th June priced at $22.99, €24,99 and something thereabouts in GBP, we’d wager — a significant jump up from the previous game’s budget price of $7.99. It remains to be seen exactly how it expands on the original’s boss-rush-style gameplay, but the previous entry certainly had potential, even if it did feel excessively familiar.

Let us know below if you played either of the previous games and if you like the look of this one. Also, please jog our memories and let us know the famous series this game is evoking.