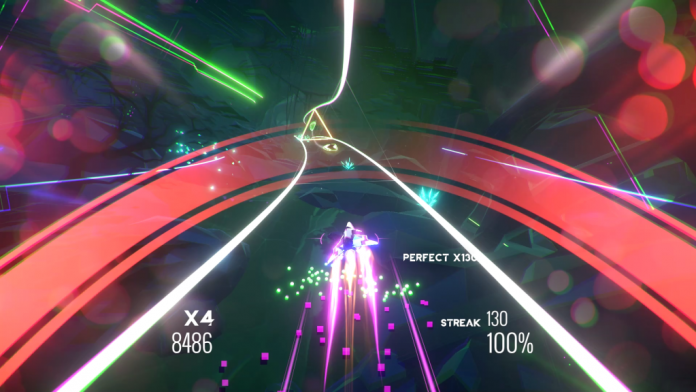 It’s heartbreaking that Avicii isn’t around to experience a project that he had so much passion for come to fruition, but he’d be proud of what’s been accomplished here. It harkens back to rhythm gaming greats while scorching ahead on a path of its own, and for a good cause to boot.

Previously a staple of a console generation, Guitar Hero has vanished into obscurity. Plastic instruments can seldom be found on shelves with oodles of main entries and spin-offs just begging for you and your friends to get immersed. Instead, rhythm experiences have become a more muted affair, often relegated to independent releases where creativity is free to express itself without boundaries – Avicii Invector is one such outing.

The game takes a number of mechanics from Harmonix’s iconic formula and crafts it into a fast, visually captivating thrill ride that takes the musical stylings of late artist Avicii (Tim Bergling) and blends it into something really special.

This is an emotional love letter born before Avicii’s passing, and it takes that legacy and morphs it into something that almost had me tearing up.

Avicii Inventor is a fairly simplistic affair when it comes to rhythm games – taking the core principle of Audiosurf and blending it with the multicoloured notes and varying speed of Guitar Hero. You play as a spaceship, coasting across a lane filled with prompts roaring towards you. Commands range from pressing the face inputs and shoulder buttons, or switching directions at random to hit notes waiting on the sides or ceiling.

Having to constantly switch directions to accommodate the beat of each song is frequently thrilling, offering a fairly robust challenge even on regular difficulty. Fast loading times ensure that retrying songs you might end up failing is trivial, much like the Guitar Hero games that clearly inspired it.

Build up a combo and you’ll increase your multiplier, which can be doubled when activating a special ability by shaking the controller on PS4. This increases the track speed massively, meaning you’ll need to hone your own reflexes to earn a higher score. The majority of songs will transition into a brief platforming section, with the player’s ship abandoning the track and soaring into a glorious mixture of bright neon lights and reactive environments.

To keep up your streak it’s necessary to fly through a series of purple hoops, all of which match the rhythm being struck in the background. You’ll explore different zones throughout the brief campaign – ranging from ice-drenched caverns to futuristic cities. They fit the music and thematic elements wonderfully, with the journey being one of mourned self acceptance. 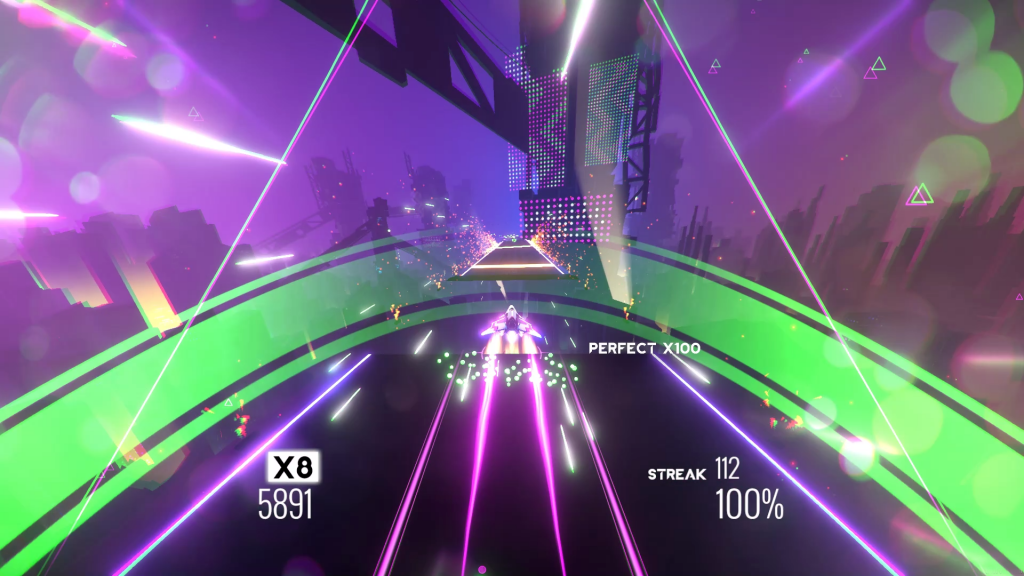 The campaign takes place across multiple worlds where you’ll be required to complete a set amount of songs to progress. Between songs you’ll stumble upon the occasional cutscene, adding a bit of depth to the sparse narrative. You follow a young girl making her way across the galaxy, forced to content with a fussy vehicle that has a habit of breaking down. She’s always complaining, but there’s a clear bond between the two which delves into deeper themes of loss, acceptance and a clear, passionate love of music.

I’d love to have seen a little more development on the characters or wider plot, since it touches on some brilliant ideas but seldom executes them. What’s here is still excellent though, acting as a clear love letter to Avicii and his untimely passing. The themes of mental health and suicide prevention are clear, with the game being marketed in a way to support these causes in some wonderful ways. Any awareness of these issues is a positive in our eyes.

Fans of Avicii will be delighted by the selection of songs on offer here. No stone has been left unturned when it comes to ensuring all his hits have been included. Wake Me Up, Hey Brother and Levels are present and accounted for alongside 22 others. There’s also a few bonus tracks featuring the likes of Coldplay’s Chris Martin. It’s unfortunate that once the campaign is over, there’s little more to do beyond grinding harder difficulties or taking on local multiplayer modes. 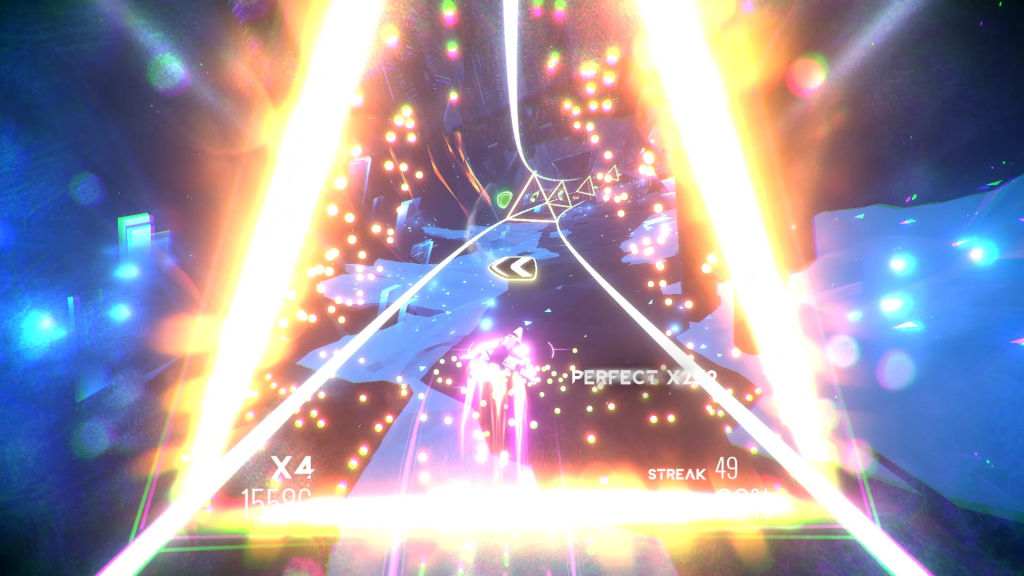 Should you buy Avicii Invector?

Avicii Invector is a delightful surprise to round out the end of this year, a solid entry in a genre that arguably doesn’t receive enough praise in the mainstream. While it’s a little on the short side, Hello There Games has crafted a loving tribute to an artist who was taken from us far too soon, ensuring the themes of mental health and suicide prevention are placed at the forefront.

It’s heartbreaking that Avicii isn’t around to experience a project that he had so much passion for come to fruition, but he’d be proud of what’s been accomplished here. It harkens back to rhythm gaming greats while scorching ahead on a path of its own, and for a good cause to boot.