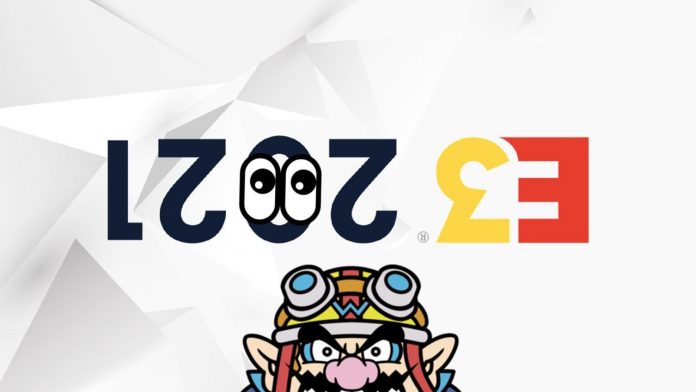 In the magazine business, the Back Page is where you’d find all the weird goofs that we couldn’t fit in anywhere else. Some may call it “filler”; we prefer “a whole page to make terrible jokes that are tangentially related to the content of the mag”.

We don’t have pages on the internet, but we still love terrible jokes — so welcome to our semi-regular feature, Back Page. Today we bandy around predictions that absolutely positively won’t come to pass over the coming E3-filled days…

It’s almost E3 time, even though it feels (to us, anyway) like it’s been going on for ten thousand years. We had our fun predicting things last week, but now it’s time to blow off all the E3 steam for real with our Back Page predictions. If any of these come true, we will eat our hat (which, for the record, is one of those old-timey journalist hats with the word PRESS on it).

The sequel no one asked for

KATE: I’ve been playing a lot of The House In Fata Morgana, so I’m going to go with “The Caravan in Fata Morgana”.

RYAN: Imagine Babyz 6. And yes, there really have been five games in the Imagine series about babies, including Babyz Fashion and Babyz 3D.

TOM: Mario Kart Wii HD. Be honest, it wasn’t the series at its best, we just had fun messing about with the gimmick of the Wii Wheel.

KATE: Gwyneth Paltrow is summoned onstage to promote the new Ring Fit X Goop Adventure, where the Joy-Cons are placed inside a jade egg, and, well, you know the rest.

RYAN: Jedward get drafted in to make poor jokes, run around a forest, and advertise the latest Dragon Quest game. Oh wait, that actually happened.

TOM: Nintendo UK hasn’t called on Ant and Dec for a while, it is time.

GAVIN: The entire cast of Friends are wheeled out to play Wii Sports: The Reunion. Joey does lunges: internet loses its mind. Then he crosses his arms: internet dies.

Nintendo kills off another beloved character

KATE: Geoff Keighley gets burned at the stake, live on air. It’s very sad, but we must make the ritual sacrifice to summon Kojima’s next game.

TOM: Paolo from Animal Crossing, the best character and my virtual BFF.

KATE: My money’s on Marianne.

RYAN: I don’t know any Fire Emblem characters, but the internet tells me I should be angry that they exist.

GAVIN: You’re just reminding me I need to get back to Three Houses. And by ‘get back to’, I mean ‘start’.

The one thing that becomes a social media meme

KATE: We see the triumphant return of Reggie Fils-Aimé, dressed as Mario, who defeats Doug Bowser in a very convincing wrestling match. At the end of the match, Reggie pulls fistfuls of spaghetti out of his pockets and throws them into the crowd. Everyone goes wild.

RYAN: Bowser goes to pull something out of his pocket, just like Reggie did at the Nintendo DS reveal, and fans think it’s the Switch Pro. Turns out it’s just an old hanky; a metaphor for overwhelming disappointment.

The thing that everyone asked for, but they’re still angry about it for some reason

KATE: Metroid 4 is announced, but everyone gets mad that Samus Aran now has a combat-ready short haircut. That ponytail would not fly in the army.

TOM: New content for Mario Kart 8 Deluxe that looks amazing and is a bargain price, but people complain it’s not Mario Kart 9 at $60.

GAVIN: More games/consoles on Nintendo Switch Online. All the classic video games, except that one, and this one, and the other, etc.

Nintendo hires a new CEO with a Super Mario name

KATE: Doug Bowser is replaced by Brian Chain-Chomp, and everyone starts to suspect that something weird is going on at Nintendo of America.

RYAN: After a change.org petition, Nintendo finally gives in and replaces Furukawa with the actual Dr. Goomba Tower from Dr. Mario World. That’s Japan and NoA down, Europe’s next.

The next Labo set

KATE: In keeping with the cardboard theme, Nintendo announces their next Labo set is a pizza box, with genuine grease stains. You can even get an amiibo of the little plastic table that goes in the middle to keep the cheese off the lid.

RYAN: Nintendo Labo Toy-Con 05: Money Printer Kit, where fans can recreate all those ‘it prints money’ Switch memes with a real, physical cardboard version of the console. Smallprint confirms that it doesn’t actually print money, because Nintendo’s already taken it.

TOM: Konami tie in, it’s just Snake’s box – is compatible with Smash Bros. Ultimate as an amiibo, at least.

There we have it: several very believable, totally real E3 predictions. We’re extremely excited to win Pulitzer Prize awards for our investigative reporting. Tell us your predictions in the comments!