ZemaGames
Home Game Reviews Bad Company is back and plenty more besides in Battlefield 2042’s bold... 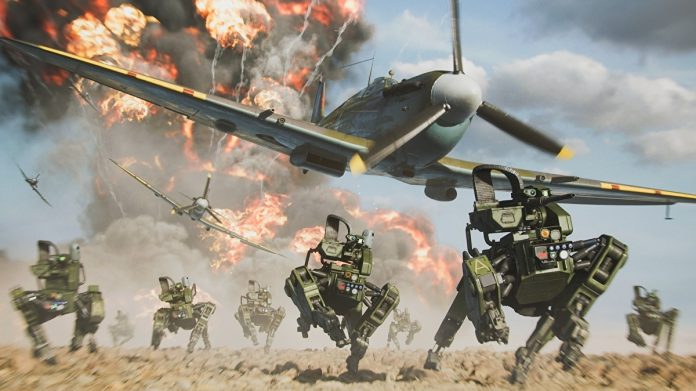 Ever since Battlefield 2042’s reveal last month – when we found out there’d be no campaign, and no traditional battle royale – we knew there was more coming. The All-Out Warfare that sees 128 players (on next-gen consoles and PC, that is – there’s still a 64 player cap on older machines) duke it out on near future maps torn asunder by tornados is just part of a three-pronged attack from DICE and its support studios, and while the reveal of the squad-based Hazard Zone awaits we now know what exactly the ‘love letter to Battlefield fans’ being made by the artists formerly known as DICE LA.

And I really was not expecting this.

Battlefield Portal, as previously teased (and indeed leaked earlier today), brings back fan favourite maps from the series’ rich history – there is Bad Company 2’s Arica Harbor and Valparaiso, Battlefield 1942’s Battle of the Bulge and El Alamein and Battlefield 3’s Caspian Border and Noshahr Canals – all resplendent with next-gen upgrades and the ability for 128 player matches on PC, PlayStation 5 and Xbox Series S/X. More than that, though, it allows you to do pretty much whatever you want with them.

That’s because Battlefield Portal is an editor and builder that lets players craft and create their own modes and matches from whatever takes their fancy out of what’s on offer, mixing and matching elements and tweaking rulesets whichever way they might want.

The possibilities are sort of staggering. In Battlefield Portal, you can have the historical US and German armies of Battlefield 1942 fight it out along the more modern expanses of Caspian Border, with Spitfires and B17 bombers coursing the skies. Maybe you’ll want to send the US and Russian armies of Bad Company 2 to the future battlezones of 2042, with the seven maps of the all-new game also part of the editing package. Or you could have Battlefield 2042’s specialists waging war with an army made up of Battlefield 3’s assault, support, engineer and recon soldiers.

If the idea of what’s possible gets your head spinning, there’s a fair amount of depth to how it’s all thrown together to get your head around too. Head into Battlefield Portal and you’ll be able to choose from experiences DICE has created itself, experiences created from the community or to dive into the editor and conjure something up yourself.

It’s possible, of course, to piggyback existing modes like Conquest and Breakthrough, adjusting details here and there or throwing a Little Bird into the mix at a whim – or you could dive even deeper into the logic editor, demonstrated in a short hands-off preview by design director Justin Wiebe as he built his own snipers versus shotguns game mode. Player classes are filtered out, as are weapon types, while damage multipliers are applied to headshots to make the shotgun side more vulnerable, balanced out by a damage multiplier on body shots planted on the sniper team.

The AI bots that now feature in All-Out-War also come handy in Portal – you can use them to test out modes and check balancing, or just sit back and see what fresh chaos you’ve conjured.

Diving into the logic editor, it’s possible to build entire new modes from scratch. Without going hands-on ourselves it’s hard to know exactly what is possible – and even then, this looks deep enough to reward a whole load of tinkering – but the example given had a player’s health replenished every time they got a kill, with a team gun game mode then being built out with new weapons spawning in each team’s hand once certain conditions have been met. It’s fascinating, dizzying stuff.

And it’s just the start, with Battlefield Portal due to enjoy support of the ongoing live service that’s planned for Battlefield 2042. It’s not hard to imagine other fan favourite maps making an appearance over the course of 2042’s lifespan, as well as other factions, weapons and vehicles. Imagining what the community – always one of Battlefield’s strong suits – can come up with is something else entirely, but finding out is going to be an awful lot of fun.