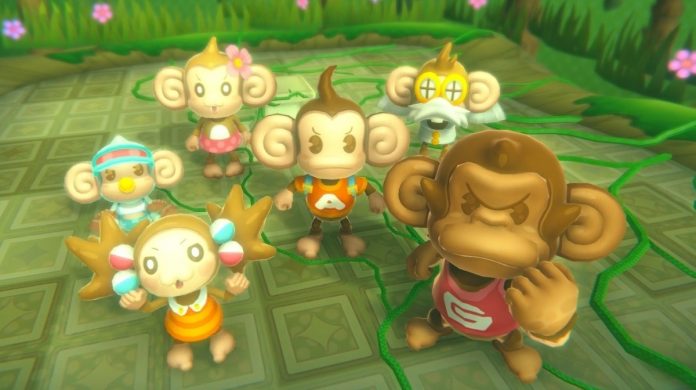 You can see for yourself! Scroll down to the Characters section and you’ll find six boxes, each showcasing one of Monkey Ball’s familiar playable roster. Conspicuously though, the site layout leaves enough room for two more characters – and manually altering the image paths so portrait and in-ball art ends in sonic.png or tails.png reveals hidden Sonic and Tails versions of both:

UPDATE 15/6/21, 5.21PM: Following yesterday’s leaky peeks, Sega has confirmed that Super Monkey Ball: Banana Mania is indeed a thing and will be coming to Switch, PlayStation 4, PS5, Xbox One, Xbox Series X/S, and Steam on 5th October this year.

But what is Banana Mania? Well, as keen-eyed fans had deduced, it’s a remaster of 2005’s Super Monkey Ball Deluxe – which combines the original Super Monkey Ball, its sequel, and some new content not seen in either of those games.

ORIGINAL STORY 14/6/21: It looks like Sega might not be quite done with its spherically ensconced simians just yet; images have surfaced for a new entry in the long-running Super Monkey Ball series, this one titled Banana Mania, supposedly heading to Switch, PS4, PS5, Xbox One, and Series X/S.

One of these shots teases a return for Monkey Ball’s much-loved party game Monkey Target, while the others are a little harder to pin down. However, a few well-versed Monkey Ball fans are currently doing some deductive work and speculating that the images could well be pointing to a remake of 2005’s Super Monkey Ball Deluxe, which melded the first two Monkey Ball games along with brand-new content.

Sega’s last foray into the world of Monkey Ball occurred in 2019, when it released an HD remaster of the Wii’s largely unloved Super Monkey Ball: Banana Blitz. The remaster ultimately proved more enjoyable than many were expecting, so a spruce-up for a more fondly remembered title such as Super Monkey Ball Deluxe would undoubtedly please.

Obviously, we won’t know anything for certain until Sega makes it official, but it’s worth noting this isn’t the first time we’ve heard the name Super Monkey Ball: Banana Mania; the mysterious title popped up in a listing by the Australian Classification Board earlier this year. Perhaps all will be revealed tomorrow, during Nintendo’s E3 Direct.