ZemaGames
Home Game Reviews Birth of the cool: How The King of Fighters came to be 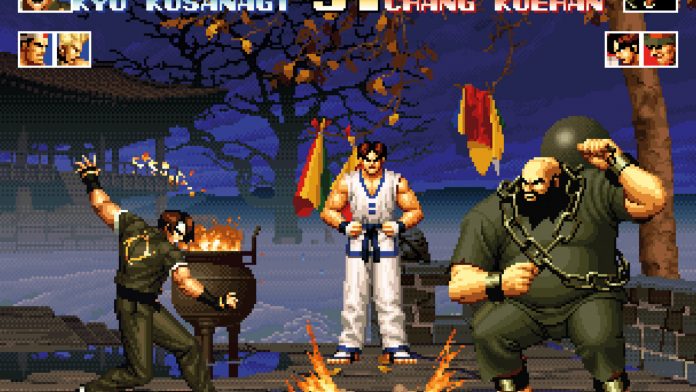 There was something special about SNK in the 90s, a swagger and style in the Osaka-based outfit’s output that lent its games a unique sense of cool. At the heart of all that was The King of Fighters, perhaps SNK’s most iconic series and one that endures to this day. Bitmap Books has recenly put together a comprehensive history of the series, amply illustrated by some fine artwork and never before seen concept and design documents, and have kindly agreed to publish the below excerpt telling the story behind The King of Fighters’ genesis.

The history of KOF actually begins long before Kyo Kusanagi first stepped into the fighting arena in 1994. In fact, the game’s lineage can be traced all the way back to founding fighting game titles from the ’70s and ’80s, such as Heavyweight Champ, Champion Boxing and Karate Champ, the latter of which was a major influence on the seminal arcade classic Street Fighter, released in 1987.

Street Fighter was the brainchild of Takashi Nishiyama, who cut his teeth at Japanese gaming firm Irem on fighting-filled beat-’em-up titles such as Kung-Fu Master and Avengers. After moving to Capcom, he joined forces with friend and colleague Hiroshi Matsumoto to create what would become one of the most influential fighting game series of all time.