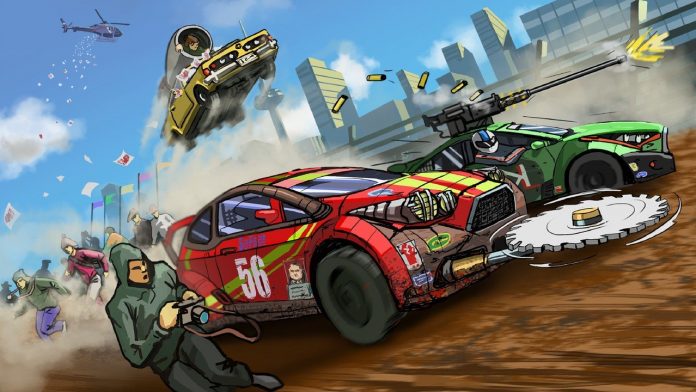 Indie studio Kodo Linija’s Bloody Rally Show is a top-down arcade-style racer which released on PC in 2020 and it’s making its way to Switch on 4th November.

We say ‘studio’, but Kodo Linija is comprised of solo dev Tomas Varaneckas, so this hyperviolent reality TV racer is in fact a one-man-show. The reveal trailer above give a good idea of the bloody carnage involved as you blast and boost your way about the place, jostling for position and generally tearing up the competition. The game’s set in a dystopian future (is there any other kind) where drivers compete in a Mad Max-style (death) race for glory for the pleasure of viewers everywhere.