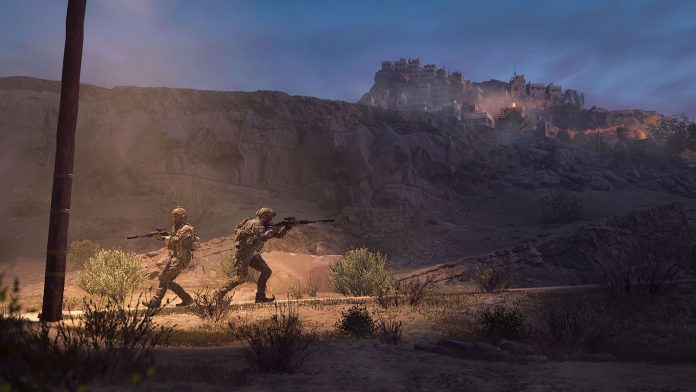 Key art from marketing material show-off a Japanese theme, with artwork teasing the return of the classic map Castle (thanks, WhatIfGaming).

Castle was originally a multiplayer map in Call of Duty World at War, set in an old Japanese fortress in World War 2. The map most recently made a return in Call of Duty Vanguard, but this would be the first time the map would appear in the franchise’s modern theme of shooters.