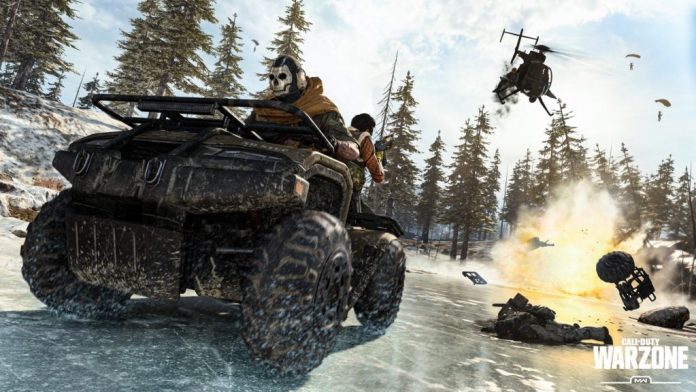 Warzone is a fine example of how you can iterate on a formula and improve it, but remove the heart of something by playing it a little too safe. Blackout covered up the surgical cleanliness at its core with zombies and over-the-top items. Warzone has no such crutch, leaving it fighting the good fight, but for no real reason. Overall, it’s fun but it lacks the style of its contenders. Given a choice, I’d go for the wise-cracking idiot over the well-dressed business person every single time, and Warzone is definitely the latter. Classic Leonard.

The battle royale genre started with fairly drab beginnings in PUBG, or at least that was the first one to get noticed, but quickly found a style thanks to Fortnite. This pervasive and somewhat overwhelming difference in style has been a factor in every battle royale game since.

Just look at Apex Legends, one of the first to take the battle royale formula and put a big budget spin on it. It looks and plays well, but it’s also got an innate sense of character. Part of this is thanks to the colourful cast of heroes; whether you’re playing as an overly-helpful robot or a wise-cracking trickster, you’re always aware of the personalities. The same can be said of the map, especially the newer of the two battlegrounds. You can’t go anywhere without feeling a mild sense of the uncanny thanks to the mishmash of the map, but that’s what you want in a BR game, easy to define areas and a bit of variety.

It’s here that Call of Duty: Warzone most shows an unwillingness to take some risks. That’s not to say there’s nothing new in this most triple-A of battle royale games, there is. Take the questionably named Gulag, for example. It’s here that, assuming you die during a match, you get a chance to fight for your freedom. See, when you die in Warzone, you don’t really die, at least not initially. Instead, you’re captured as a Prisoner of Warzone (yikes) and dragged into a prison to fight for your freedom.

In the Gulag, you have to square off against one other enemy, and whoever doesn’t die gets sent back to the map. It’s a really interesting way of doing things, and I adore the concept. The idea that you can fight for your chance to fight again adds this incredible tension, the kind that you only normally get when it’s only yourself and a handful of other people in the final circle. Well, it does most of the time.

Warzone also adds in Buy Stations, which are basically shops. It’s here that you can call in a Loadout Drop, to equip your normal multiplayer gear and perks by spending the Cash you’ve accumulated. It’s also here that you can choose to respawn a teammate. These options allow for a little more tactical thinking and application, and they can allow a more resourceful player to become a powerhouse if they play it right. It’s also nice to see respawning in more battle royale games after Apex Legends introduced it so well.

Back to the Cash, which has a capital C in all in-game nods to it. You collect Cash by opening loot boxes, killing enemies with Cash, finding it in the back of trucks sometimes, and also by completing Contracts.

Now, Contracts are the other really interesting addition to the battle royale formula. Contracts give you timed objectives to complete. These can be things like killing a specific player or securing an area. They help to liven up the incredibly large map of Warzone by giving a bit of meaning. The main thing they add, aside from something to do other than shoot at each other, is the ability for less exceptional FPS players to contribute to a team. It’s not quite a support role, but it’s always good to have the option to drag someone less familiar through a battle royale match without them feeling useless. Of course, you could conceivably wonder through the Warzone map without ever seeing anyone anyway. The player limit here is 150, which is an awful lot of people, but the map you all get dropped on is gargantuan. It makes every other battle royale feel tiny in comparison, and it also makes you miss those smaller worlds.

For all of the interesting brutalist architecture you can visit and loot in Warzone, nothing has much of a personality. Well, it has personality, but that of a middle manager who counts the staples in their draw to double-check nobody is taking them home. If this personality had a name, I think it’d be Leonard. 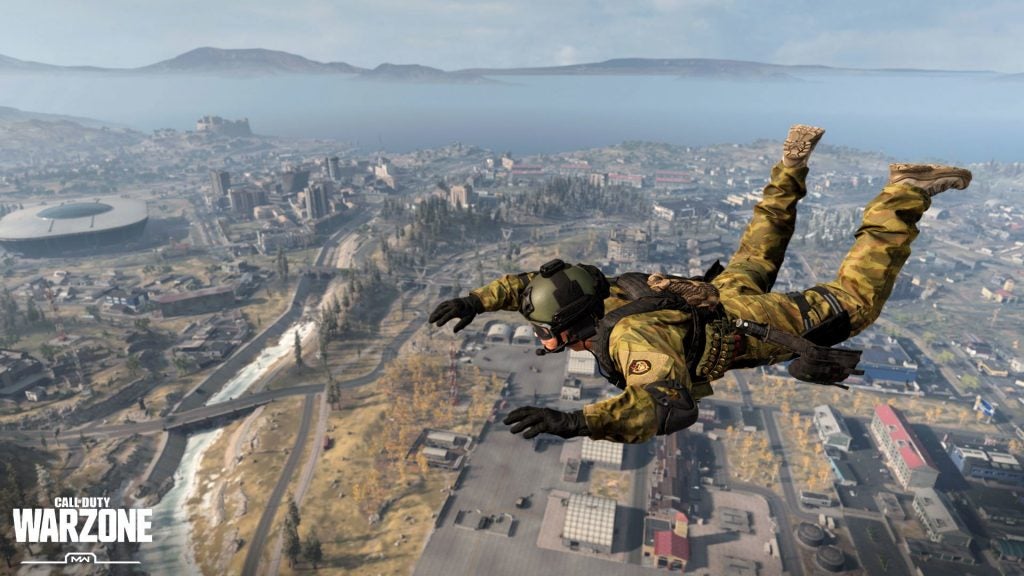 I like that the guns feel wonderfully different, and you can always find a favourite weapon amongst the ones that you can come across. I really like how the weapons feel and how they’re differentiated. Taking a light machine gun into a fight is excellent as you force enemies to take cover or die, right up until the moment you have to reload and realise you’re a sitting duck.

The ability to redeploy your parachute with ease allows you to mess around with the verticality in the map with reckless abandon. You’ve no need for fear when you can simply sail to the ground. Assuming nobody notices you, of course.

I even love something about the vast and somewhat empty-feeling map. Despite how isolating it can feel as numbers dwindle, it allows the game to shout its combat encounters at you through an otherwise whispered gameplay experience. You don’t get that kind of shock in every battle royale game, and it’s worth paying attention to, but good lord I hope people don’t think this is the way forward.

Call of Duty: Warzone is a fine example of how you can iterate on a formula and improve it, but remove the heart of something by playing it a little too safe. Blackout covered up the surgical cleanliness at its core with zombies and over-the-top items. Warzone has no such crutch, leaving it fighting the good fight, but for no real reason. Overall, it’s fun but it lacks the style of its contenders. Given a choice, I’d go for the wise-cracking idiot over the well-dressed business person every single time, and Warzone is definitely the latter. Classic Leonard.