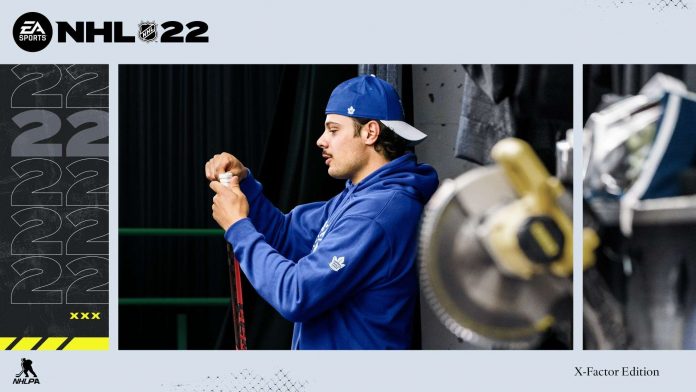 Hockey is (almost) back! After two shortened seasons, it’s looking like the league will be returning to its regular start time this October, giving us a full season of glorious NHL action along with the exciting debut of the Seattle Kraken.

Hot on the heels with the start of the season will be the newest entry in the acclaimed EA Sports series with NHL 22, bringing with it a new Frostbite-powered engine. We recently got our first look at these exciting features, like the debut of Superstar X-Factors and the return of one of the game’s premiere stars on its cover, but it’s the next-gen treatment we’re really excited for.

The Move to Frostbite

As a long-time fan of the series, it was grueling to have to see the other EA Sports titles get the Frostbite engine upgrade for next-gen. Now that time is finally here, I think we’re all in for a real treat. Features like differed lighting, rebuilt (and relit) stadiums, and improved shadows and reflections make NHL 22 look that much closer to real-life hockey than ever before. Oh, and the ice looks slick as heck, with reflecting light sources giving it that smooth glossy look instead of a cloudy layer of ice. I’m looking forward to seeing how it transforms throughout the course of the game, from a freshly Zamboni-polished coat to the chipped and skate-worn ice at the end of each period.

Also, the player models look significantly improved, with skin and eye shading and dynamic lighting ensuring appropriate depth for all characters. This goes all the way through to the stiches on player uniforms along with appropriate cloth movement that will make this look even closer to a true-to-life NHL game. I can’t wait. There will also be the debut of a new in-game presentation featuring AR-like affects that give up-to-date stats on the ice throughout the course of the game.

And while many of these features will shine through on Xbox Series X|S, the new Frostbite engine is being applied to the Xbox One version of NHL 22 as well, so players on both generations of consoles will enjoy this new gameplay engine.

One of the big new features for NHL 22 this season will be Superstar X-Factors. This new gameplay mechanic will elevate NHL superstars and put a greater emphasis upon their on-ice abilities. Traits like Shock & Awe, which gives a power exception and accuracy to shooting shortly after you perform a deke. Or Tape to Tape, which gives greater power and accuracy to passes.

Superstar X-Factors are not just limited to shooters. Goalies can have these abilities as well, giving such benefits as exceptional save range or quick recovery as a few examples. These “superhero” abilities are limited to the top 100 players in the game, and while this sounds intriguing, we’ll have to wait and see how this all translates to the moment-to-moment gameplay the series has been known for.

Despite a disastrous first-round exit from the Stanley Cup Playoffs last season at the hands of the Montreal Canadians, the Toronto Maple Leafs are still considered one of the premiere NHL teams coming into the year. That’s thanks in large part to the talents of Auston Matthews. As one of the league’s biggest stars, it’s no surprise he gets another crack at cover athlete stardom in NHL 22.

While we don’t (necessarily) adhere to superstitions, the last time Matthews appeared on the cover it was for NHL 20. That season, the Maples Leafs were handed an unexpected exit in the first round by the Columbus Blue Jackets. Of course, they’ve been bounced in the first round for five straight years, even without Matthews on the cover, so our logic here is suspect.

Still, will this season be any different for Matthews and the Leafs? Can he end Toronto’s nearly six-decade long Stanley Cup drought? We’ll have to wait and see how the season unfolds. But thanks to NHL 22, Leafs fans, along with other tormented fan bases like the San Jose Sharks (from personal experience) and Vancouver Canucks, can live out their fantasies through the game’s expansive Franchise, Be a Pro, and Playoff modes, letting us hoist Lord Stanley’s Cup over our virtual heads.

All kidding aside, we’re extremely excited for both the upcoming NHL season (bring on the Kraken!) and NHL 22. Look to hit the ice with NHL 22 on October 15 for Xbox One and Xbox Series X|S. EA Play members – If you’re interested in getting some time on the ice before you buy, don’t forget your 10-hour trial before the game launches! Then, use your membership discount to get up to 10% off your pre-order of NHL 22!

We’ll have more to share about additional NHL 22 gameplay features in the weeks leading up to its October 15 launch. For all the latest Xbox gaming news, keep it locked right here to Xbox Wire.

Related:
Don’t Miss Out on an Exclusive Kimble “Irish” Graves Skin in Battlefield 2042
Check Out All the New Features for Madden NFL 22 and Start Playing Today with EA Play
Play the Odds with Lost in Random, Coming to Xbox September 10