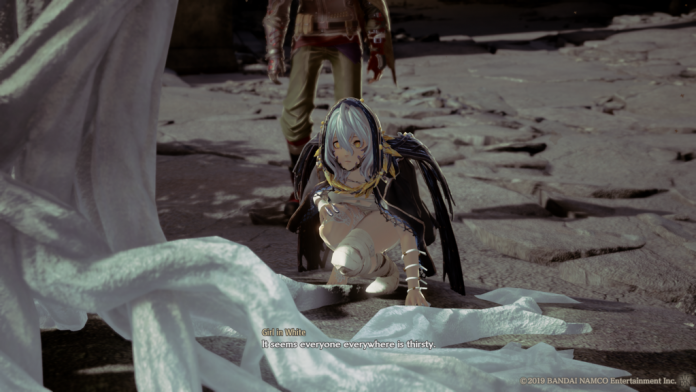 A ruined, post-apocalyptic anime future could have made for a fantastic game, but it falters at every genre it attempts to ape. Code Vein is clearly attempting to spin a lot of plates. But unless you’re into playing a great character creator with a bad Dark Souls clone attached to it, we’d say steer clear.

Looking at the timeline of Code Vein from announcement to release, it’s clear that there were bumps in the road for this anime-styled third-person action game, which was delayed for a year just a month before its planned 2018 release. The creative talent behind the God Eater series diligently kept working on Code Vein but, unfortunately, it might not be the smash hit that they’re expecting.

On paper, Code Vein sounds like an excellent proposition. Third-person action in the vein of the Souls series with heavy anime elements and style? Sounds good. Sign us right up. The reality is a bit different, however, and there’s a fair bit to unpack as to why that might be.

Code Vein kicks off with an incredibly robust character creation system. The options for creating your anime avatar are almost endless. If you want to be someone with a glowing top hat and twin tails, you absolutely can. Choices are so overwhelming that it’s easy to get completely lost simply admiring what’s available.

Don’t worry: you’re able to slightly redesign your character throughout the game, so you can keep revisiting it. One odd exemption is the lack of body type selection for both male and female characters, and it’s disappointing that such a basic feature is missing in such an extensive customisation system.

The world, characters and dialogue are absurdly anime, which is a blessing or a curse depending on what you’re into

When you’re finally dumped into the game, after spending an eternity tweaking the tuft of hair over your eye, it gives us some exposition about its world. The rough beats are of a fallen modern society; your main character has the ability to slowly purify the surrounding areas from the pollution within the Code Vein world. This equates to you being picked up by a ragtag band of buddies ready to disrupt the system.

This sets you up in a hub area where you’re able to change up your appearance, upgrade weapons, buy items and… go to a random hot spring while in a building, but suddenly be outside, where all the NPCs are suddenly in towels and you can splash them. There’s an impromptu photo mode in this hub that lets you take snaps of your character in various areas – a nice addition for those who want to show off the painstaking effort they spent in the character creator. A little highlight for those who want to show off their characters online.

From the hub world, you can warp to points on the map with a bonfire-like system, meaning that you’re able to quickly warp out when exploring and have found a new location. It’s strongly recommended that you bring an AI partner with you before going into a level, as the game is not designed to be played solo.

This becomes abundantly clear while you’re exploring –  a lot of enemies are thrown at you, and having a partner to help out makes this a lot more bearable. While you’re on foot, you slowly map it all out as you go, which is an incredibly welcome addition when you’re running through levels again. Checking out every nook and cranny can often lead to finding hidden treasures that are integral to upgrading your character and weapons. 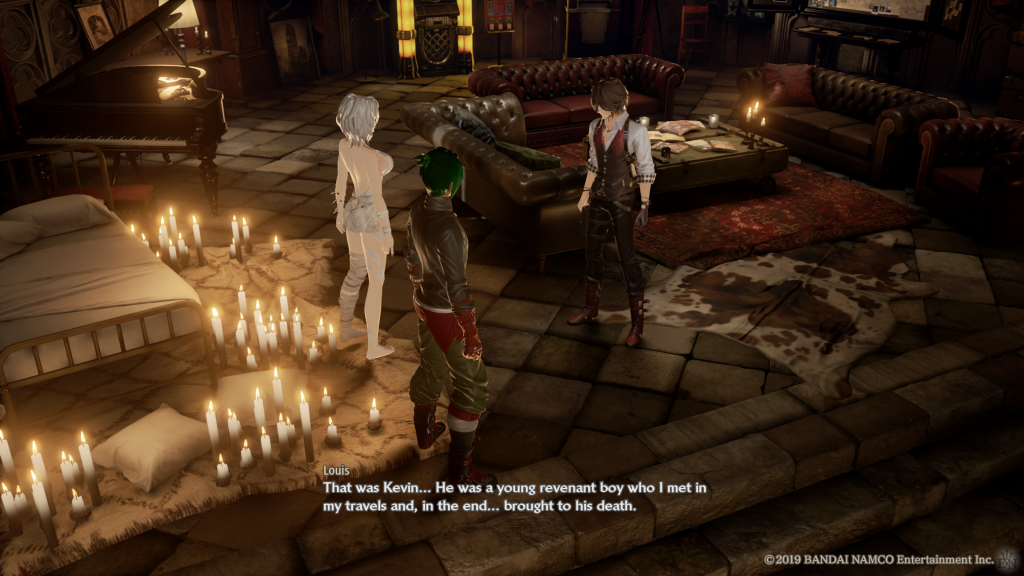 You’ll meet a bunch of distinct characters throughout Code Vein, although none are especially memorable

The combat of Code Vein apes the template of weighty and deliberate action that the Souls series pioneered – with some notable changes. Character builds are locked behind Blood Codes, which you unlock while progressing through the game. This in turn allows you to assign Gifts, or skills that you’re able to take into battle. These can either be passive or assigned, and can do things like buff your attack, or give you special moves.

Ranged Blood Codes often rely on levelling up your Gifts to perform your most powerful attacks. This is in addition to a conventional weapon upgrade system that is your main way to power up your character in combat.

Unfortunately, this deliberate, slower type of combat often relies on the game having the right kind of weight behind attacks in order for the fight to feel good, and that’s something that Code Vein lacks. Even while you’re swinging a six-foot sword, it doesn’t feel weighty. Combined with the hordes of enemies coming at you in levels, this can often lead to feeling as though you’re hitting out with a papier-mâché weapon.

This is the biggest disservice to the game. The combat doesn’t do anything new to freshen up what it offers, and the Blood Code system can lead to limiting the player rather than offering freedom. In comparison to games such as Nioh, which has taken the same basic template as Souls and built upon it in a meaningful and satisfying way, Code Vein feels like a bootleg anime Dark Souls that is nowhere near as good to play. 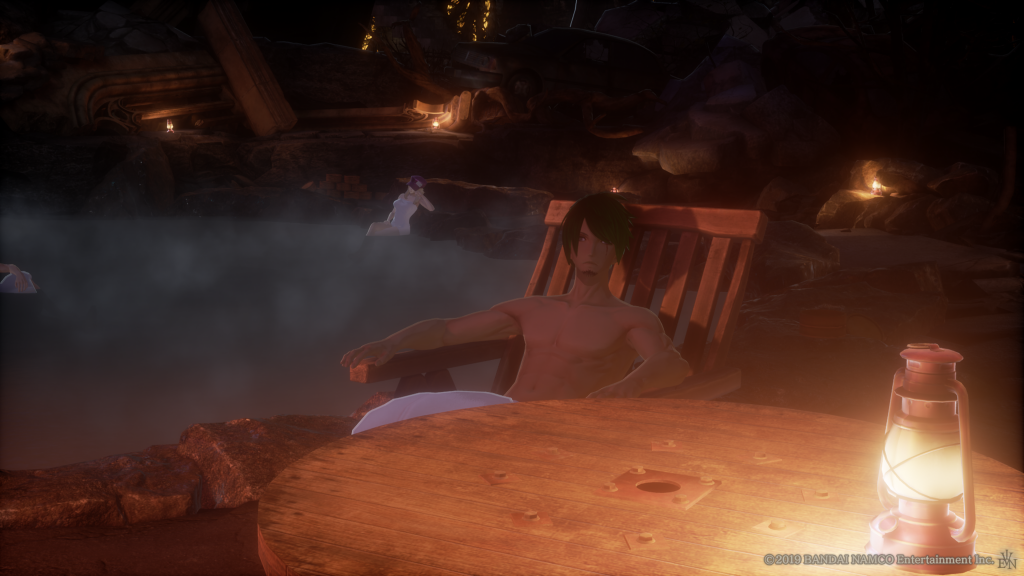 This is further compounded when looking at boss fights. Supposed to be the highlights of encounters and combat, they are reduced to an unsatisfying, often frustrating experience. Bosses have predictable patterns, are often paired with some sort of gimmick, and hit like a truck. Paired with the lacklustre combat, skill-based encounters that could have been great end up feeling like an unfair slog.

Code Vein’s art style and setting mean that you trudge through bland environments during the first 10 or so hours, and eventually, once you’ve walked past yet another busted-up car or broken building, they all start to look the same. We see this drab visual design in countless games, and Code Vein never pushes it forward or builds upon it. The same can be said for the main NPC design. Your companion Io’s design is questionable, to say the least, and this juvenile attempt at titillation carries throughout, seen in other characters and NPCs.

A ruined, post-apocalyptic anime future could have made for a fantastic game, but it falters at every genre it attempts to ape. Code Vein is clearly attempting to spin a lot of plates. But unless you’re into playing a great character creator with a bad Dark Souls clone attached to it, we’d say steer clear.