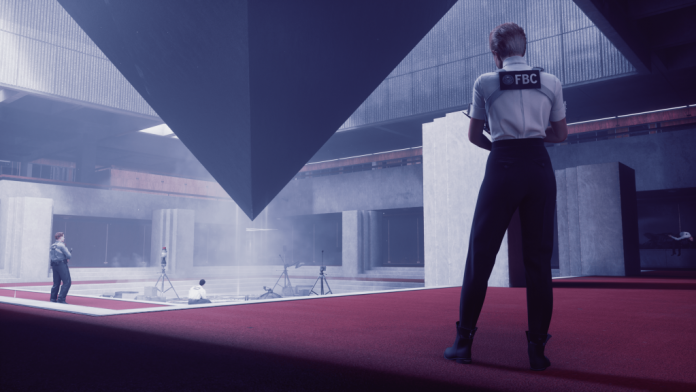 Control is one of Remedy Entertainment’s greatest achievements. As a shooter, it’s lovingly satisfying to play, as all of its mechanics mesh to create a slick, supernatural explosion of paranormal powers and eclectic gunplay. Combine that with open-ended exploration and the package is nearing excellence. So it’s a shame the narrative can be needlessly muddled, stewing at a slow pace before rocketing towards a conclusion that sadly doesn’t feel earned in the end.

Long before Control, Remedy Entertainment built its reputation on abstract storytelling, leaning into paranormal themes that define its adventures with unwavering dedication. For the most part, it’s worked wonders, with projects such as Max Payne and Alan Wake remaining beloved until this very day – others, such as the polarising Quantum Break, somewhat less so.

Even if it failed to capture the magic of Remedy’s best work, Quantum Break still innovated with spectacular shooting mechanics, making use of time travel in a way nothing in the medium has before. The environment shifted and fell apart around you, timey-wimey nonsense making each firefight a joyful exercise of mayhem.

While it doesn’t delve into the convoluted nightmare of time travel, Control builds upon many of the ideas introduced by the studio’s predecessor. The reliance on environmental destruction and abnormal storytelling is bigger and better than ever, thrusting the player into a world that continuously changes before them.

This unpredictability is both Control’s greatest strength and most damaging weakness, making it impossible for everything I love about it to find a common ground where it truly excels. Instead, we have a solid third-person shooter that never quite reaches the heights it’s aiming for.

Jesse Faden is a woman with a mystery to solve. A lifetime of unanswered questions has brought her to the Oldest House, a monolithic institute in the middle of Manhattan belonging to the Federal Bureau of Control. It houses secrets that, if left unprotected, could destroy the entire world, so Jesse has spent her entire existence searching for them.

Control doesn’t pull any punches in its opening moments. After walking through reception and waltzing about the place for a few minutes you come across the Service Weapon, a supernatural firearm that can transform at a moment’s notice into a pistol, machine gun, shotgun or other generic weapon fans of shooters will immediately be familiar with.

Upon receiving this device, Jesse becomes the Director of the Oldest House, gaining access to a range of psychic powers that will be unlocked throughout the course of Control. She’s now someone with immense responsibility, characters in the world responding to her presence with understandable awe. I suppose if someone could murder you with their mind you’d be a little skittish, too.

The Service Weapon and Jesse’s growing arsenal of psychic powers combine to create one of the most exhilarating shooters I’ve ever played. Being able to morph your firearm into a different tool of murder with the press of a button allows for fast, versatile encounters where the pace of battle is never constant. Ammo is infinite, recharging naturally once depleted.

I used this as an opportunity to flaunt my psychic prowess, hurling nearby tables, monitors and stray bits of concrete at oncoming goons. You can even pick up the dead bodies of comrades and use them as makeshift projectiles, which is laughably grim yet massively effective at taking out waves of baddies.

Enemies range from generic foot soldiers to more complicated creatures such as grenade-tossing, armour-clad beasts to screaming sirens that rush towards Jesse before exploding. Each requires a specific tactic to defeat it, complimenting my suite of tools so every encounter feels a fresh delight. 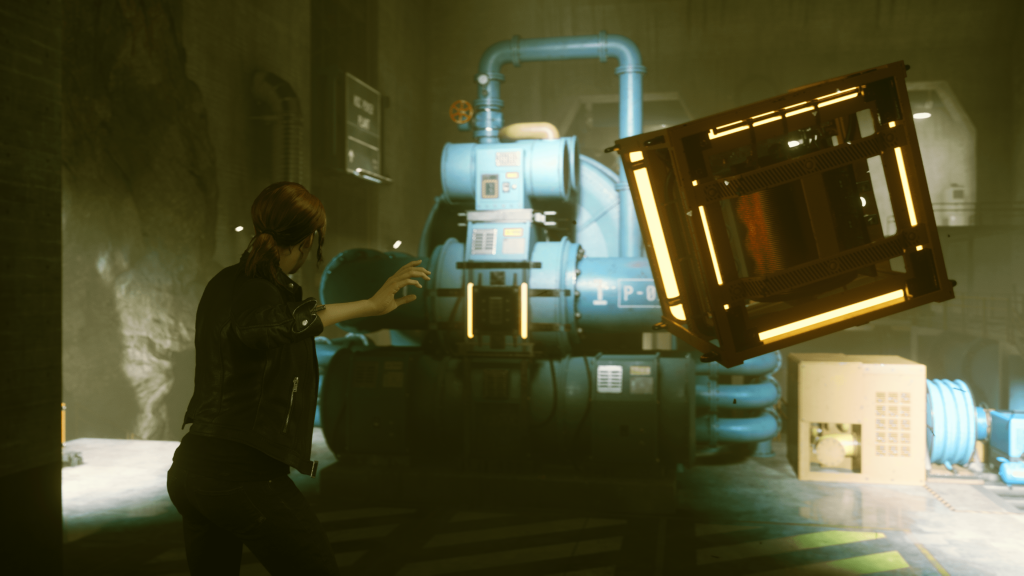 Telekinesis has been done before, but Control is the best of the bunch by far

Other powers you’ll unlock include building a makeshift shield from nearby rubble, blocking off bullets before hurling the debris at foes for a deadly counter attack. You can also possess injured enemies to fight by your side, a feature I rarely used since it left me vulnerable for the precious seconds I couldn’t hide behind cover.

You unlock new powers by completing quests involving Objects of Power. These are random items possessed by a dark presence which, in the wrong hands, could have devastating consequences. To conquer them you’ll venture to the Astral Plain, an otherworldly dimension dominated by the unknown. Lack of definition is what makes Control and its central themes so unsettling, and I love it for that. But who exactly are you fighting?

A mysterious presence known as the Hiss has infected the Bureau, possessing its occupants and turning them into murderous zombies hell-bent on killing the Director. You are immune to the infection, as are a lucky few with makeshift devices attached to their chests. Nobody seems to know where the Hiss came from or what it wants, though it appears to hail from a hostile dimension of some sort.

Remedy purposely gives Control a cryptic narrative, teasing bits of lore from documents, videos and audio diaries found across the Oldest House. They provide valuable context, but having to dive into the pause menu to read paragraphs of text every 10 minutes ruined the flow of exploring an otherwise cohesive world. That, and classified documents being censored with black bars only makes things more obscure.

It’s a shame, because the mystery surrounding Control is genuinely fascinating, but the game fails to strike a balance between its thrilling gunplay and unfolding narrative. The latter meanders towards a conclusion that doesn’t feel well-explained enough to be satisfying. The final moments left me wanting more from Jesse’s story and the alien world she calls home. I won’t spoil anything here, as I still think it’s worth seeing for yourself. 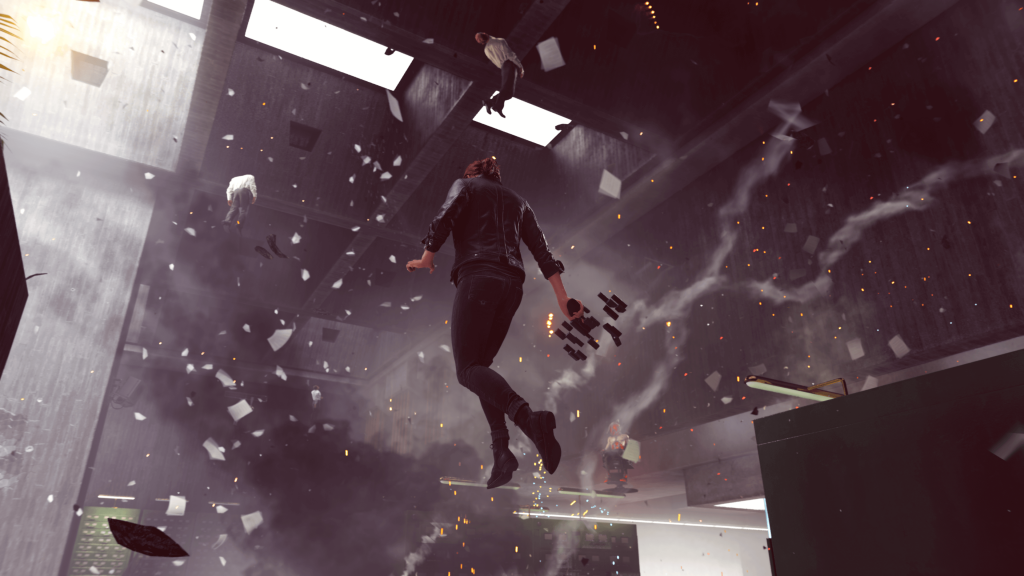 The ability to fly isn’t earned for several hours, but transforms the game in some great ways

Jesse also has a voice inside her head, one she talks to constantly throughout Control. However, like many of Control’s narrative foundations, it feels overly obscure in a way that is somewhat pedantic rather than intelligent in its execution.

Many of these beats have so much potential, but a lack of established foundations meant I asked more questions than I thought necessary to enjoy it. That said, I’m in the endgame now, mopping up missions and meeting with characters, and I’m still sifting curiously through each and every dossier I come across. Remedy has built an admirably cohesive world here – it’s just unfortunate the central mystery is so muddled that so many huge moments feel unearned.

Outside of the main story, I embarked on a bunch of side missions thrown my way by personalities across the Oldest House. Most of them involved clearing rooms of enemies or finding a specific place and performing simple puzzles, while others saw me ascending to the Astral Plane for optional boss challenges and to obtain new powers. All of them are rewarding in their own way, using Control’s open-ended level design to great effect.

This is also the best way to grow Jesse’s powers through the collection of mods that enhance her base attributes and apply essential bonuses to each weapon variant. You’ll apply these at Control points dotted across the Oldest House. These are essentially Bonfires from Dark Souls, acting as a safe haven to apply upgrades, fast travel and even change Jesse’s outfits. There are also optional challenges that result in experience, mods and other goodies.

Control is one of Remedy Entertainment’s greatest achievements. As a shooter, it’s lovingly satisfying to play, as all of its mechanics mesh to create a slick, supernatural explosion of paranormal powers and eclectic gunplay. Combine that with open-ended exploration and the package is nearing excellence.

So it’s a shame the narrative can be needlessly muddled, stewing at a slow pace before rocketing towards a conclusion that sadly doesn’t feel earned in the slightest. The endgame provides a greater opportunity to explore this world and its characters, but it’s not enough to salvage a central mystery that feels wasted by the end.