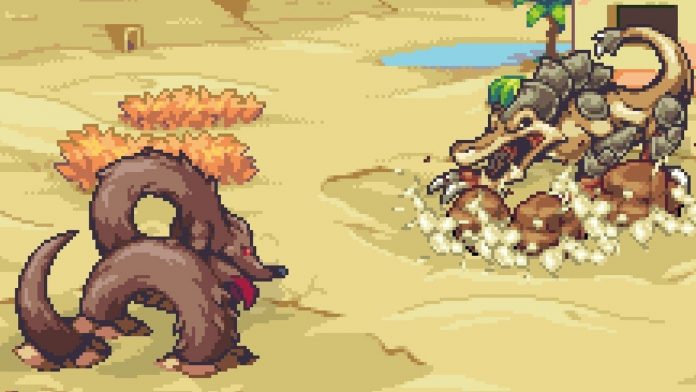 We’ve seen a lot of games inspired by the Pokémon series pop up over the past few years, and now a new one has been announced for the Nintendo Switch.

“In the region of Velua where Humans and Coromon live in harmony, a shady organization is on the verge of releasing a dark power upon the world. Will they succeed in their evil plans, or can they still be stopped?

“Step into the role of a young hero joining the technologically advanced organisation of Lux Solis. Gather your favorite Coromon to create a powerful squad. Together with your Coromon, you’ll have to train, fight and puzzle your way through an adventure-filled world!”

It’s expected to show up on the Switch in Q1 2022 and will contain more than 120+ animated Coromon, who live in the region of Velua. The trailer above provides a better look at everything else on offer.

If you’re curious to see what this game is like, there’s a demo available to download over on Steam. The developer and publisher of Coromon also has a “very special announcement” to make next week on 14th June, so keep an eye out for that.

There will be a Coromon sighting at #E32021 on June14th ?
You’ll want to make sure to tune in for a very special announcement! #screenshotSaturday #indiegame #indiedev #retrogames #pixelart pic.twitter.com/i4dWNtBnSU— Coromon (@CoromonTheGame) June 5, 2021