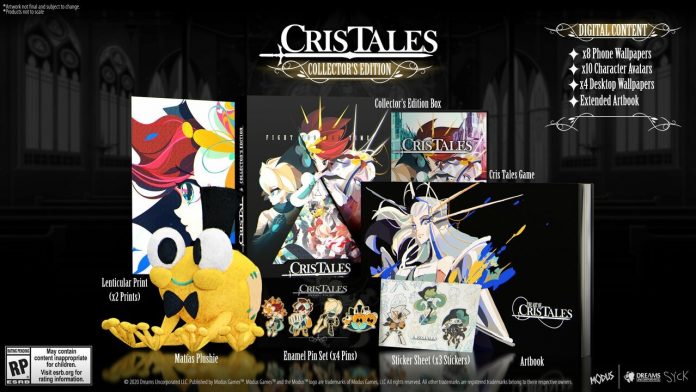 Cris Tales has been on the agenda for a good while, and with a release date of 20th July we’re not far off seeing how it stacks up. There’s also a demo on the Switch eShop that is worth checking out.

A ‘love letter to JRPGs’ with time-bending mechanics, those that are all-in and want to get the fancy Collector’s Edition (pictured above) now have better odds. Previously only confirmed for US, the Maximum Games store will also take pre-orders for Canada and across both Central and South America (excluding Bolivia, Brazil, Paraguay and Venezuela). It’s worth noting the small-print, though – “Buyers of the Collector’s Edition are responsible for additional costs related to shipping, customs clearance and value-added taxes.”

The pricey but fancy edition is also now confirmed for Europe via Modus Games, with more details to be revealed soon.