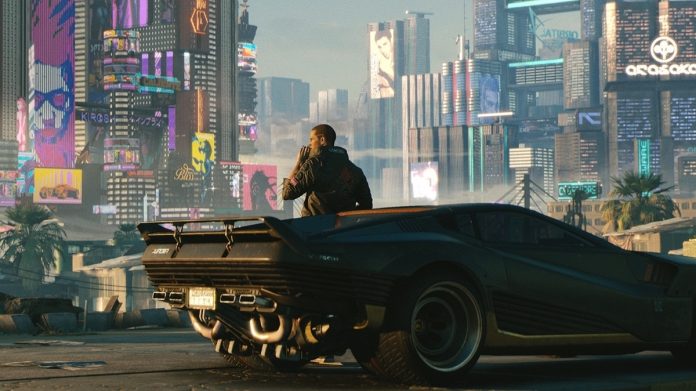 CD Projekt is readying to release Cyberpunk 2077’s “biggest patch to date” – the third major update since the RPG’s disastrous launch last December – and has now shared full details of what it will bring, including an improved minimap and the game’s first selection of free DLC.

Prior to Cyberpunk’s launch, CD Projekt whipped up player interest with the promise of free post-launch DLC. However, plans for additional content were put on hold while the developer worked to fix the game’s litany of bugs and to bring Cyberpunk’s widely lambasted last-gen console release up to a more acceptable standard. Now though, according to senior quest designer Patrick Mills on tonight’s 1.3 update dev stream, “streaming and memory management” have reached a point “where we can start trying to deliver those things”.

As such, 1.3 includes the first of Cyberpunk 2077’s free DLC, mostly falling into the category of ‘minor cosmetic additions’. There are two new jackets – a red and shiny number, plus a grey and yellow option with a fur collar – alongside the Quartz Bandit: an orange and black car with its innards on the outside. The jackets and car are two separate rewards unlocked by completing small objectives received on reaching certain points in the game (anyone beyond those point will get the DLC on loading a save), and CD Projekt says future DLC drops will follow the same pattern of integration, with the goal being to make the world feel a little richer.