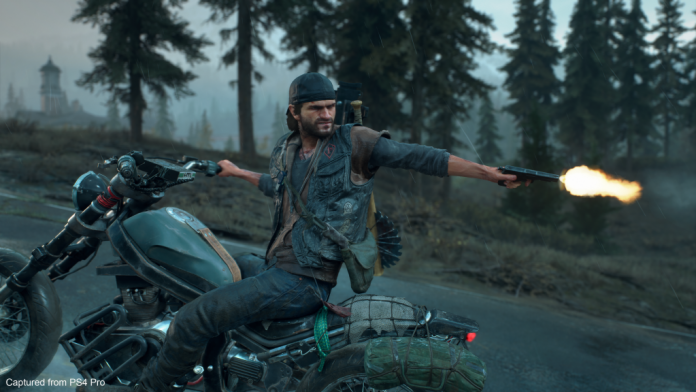 Days Gone has some epic blockbuster moments, but they’re far too fleeting to stand out from the hordes of zombie games already available

At its best, Days Gone is one of the most riveting and bombastic zombie shooters I’ve ever played. Fighting and fleeing hundreds – and I mean hundreds – of zombies at once is an unrivalled heart-stopping spectacle, as the monsters clamber over one another, pouring through windows and smashing through doors to engulf you like an unstoppable tsunami of decaying flesh.

Impossible it may seem, but killing an entire horde in one action-packed sitting is actually very much possible. Armed with an arsenal of bullet-spraying weapons, a bag full of Molotovs and the wits to weave through tight corners and narrow passageways, you can slowly but surely deplete the horde’s health bar until there isn’t a single bloodsucker left standing. It isn’t an easy job, that’s for sure, but surviving such a breathless encounter is deeply satisfying.

It’s a real shame, then, that despite very much being the focus in the trailers and demos leading up to launch, these epic horde battles are reserved for the final quarter of a 30-hour long campaign. It’s an even greater shame that the majority of the game is made up mostly by formulaic missions such as fetch quests, shoot-outs and stealth camp clearouts, which are very forgettable and offer few twists from those found in generic open-world shooters.

Days Gone sees you take control of Deacon St. John, a jaded biker and former military man who takes on the role of a bounty hunter in post-apocalyptic Pacific Northwest USA. After being separated from his wife during the zombie – or “Freaker” as they’re known in Days Gone –  outbreak, Deacon settles for a life of isolation with his best bud Boozer. He only descends from his mountain hideout to do the odd job for the various camp settlements scattered throughout the region.

These jobs make up the missions of Days Gone, as you rescue kidnapped civilians, destroy nearby Freaker nests, and murder those who have double-crossed camp leaders. Such quests are fun at first, but soon become tediously repetitive with infrequent difficulty spikes and curveballs to keep you on edge.

You’re at least rewarded for your efforts with camp credits, which can be used to purchase weapons, supplies and motorbike enhancements. But while Days Gone clearly attempts to make a name for itself as a survival horror, I almost always had sufficient camp credits to fill my pockets with enough pistol ammunition and shotgun bolts to get by without issue – at least on normal difficulty. 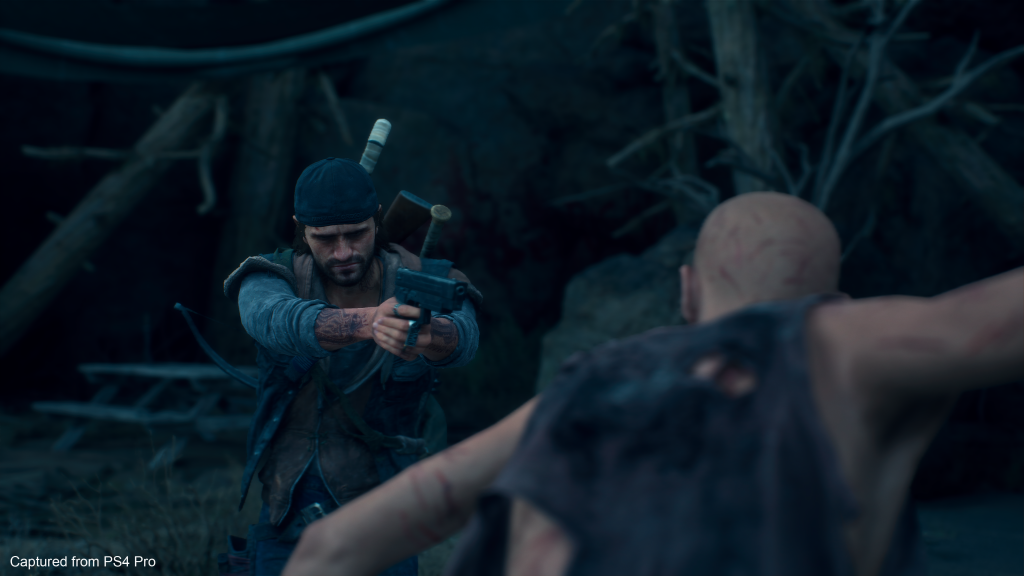 For the first half of Days Gone, these missions offer little narrative progression. It isn’t until late into the game when you discover the core plot and meet the full cast of characters, with the pacing suddenly and clumsily switching from a stumbling meander to a full-throttle sprint. This means the early stages of the game offer very little incentive to progress the story, making each objective feel more like a chore than an exciting prelude.

It doesn’t help that the story is told through a multitude of corny cutscenes that too often tear you away from the action. With lengthy loading screens sandwiching such cinematics, they become disruptive and frustrating quickly. It’s a wonder that developer SIE Bend Studio was so reluctant to substitute these cutscenes for in-game storytelling, especially when other Sony-published titles such as Uncharted and God of War are masters of the craft.

Even when the story does improve towards the latter stages of the game, it’s still nothing to shout about. Filled with post-apocalypse cliches, underwhelming revelations and one-dimensional characters, Days Gone has no hope in usurping The Last of Us as PlayStation’s best zombie tale. The main villains are the worst of the bunch, having no realistic motivations for wanting you dead, besides the fact they’re unhinged psychopaths.

Deacon is a boring and unlikable protagonist, too. Jarring flashbacks attempt to make you sympathise with his suffering, but they fail to justify some of his downright dastardly actions. As Deacon kills countless humans through the story, there are hints that he’ll eventually be nudged down a more righteous path of diplomacy over violence, only for the narrative to later take a sharp U-turn and bizarrely embrace murder as the go-to solution. 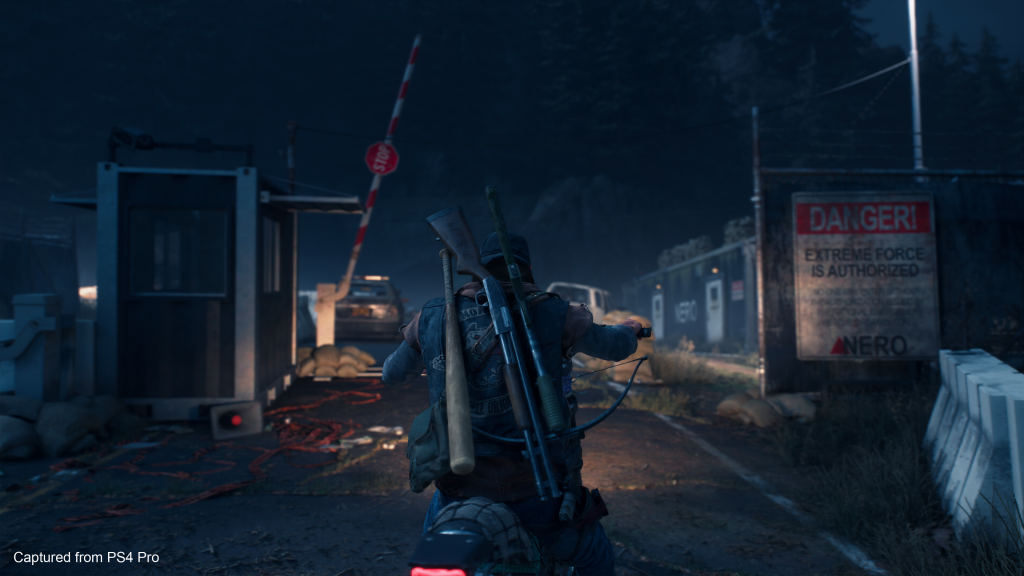 While story missions are often painfully predictable and rarely deviate from the established formula, there are plenty of surprises hiding throughout the large open-world map. My own random encounters range from being thrown off the motorbike by a tripwire and ambushed by marauders, to being captured by a rival camp and temporarily stripped of all my possessions. Such conflicts forced me to think more intuitively rather than mindlessly blasting foes with an assault rifle.

Unfortunately, you’re rarely rewarded for venturing off the beaten path. There are no collectibles or hidden special items that can boost your odds of survival, and while looting supplies from abandoned houses comes in handy for crafting molotovs, bandages and melee weapons, you never really have to look hard for such resources.

You can at least uncover NERO camps, where you’ll find crates that will upgrade your health, stamina or focus (the ability to temporarily slow down time to improve accuracy with long-ranged weapons), but these are all marked on your map, eradicating the thrill of discovery. In fact, the mini-map is more cluttered than those found in a Ubisoft game, so you never feel the isolation upon which survival horrors thrive. 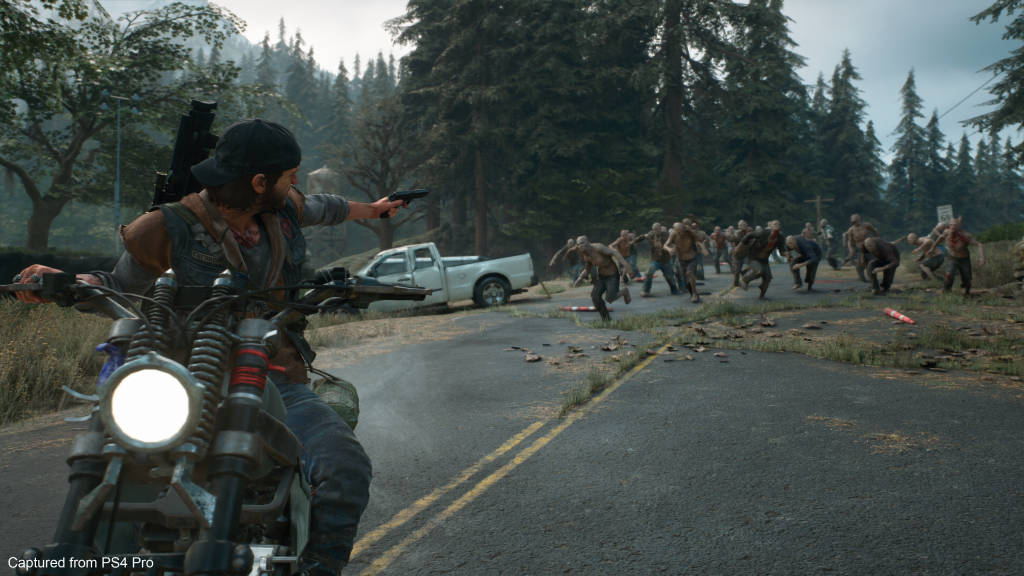 A day and night cycle is used effectively; the Freakers will be much more active and dangerous after dusk, and will look to hibernate in caves, shacks and train carriages once the sun rises. The dark isn’t always bad though, since it also proves great cover from human foes when sneaking through enemy camps and attempting stealth attacks.

The weather also plays a big part, as rain and snow can make it more slippery when riding your motorbike. Crash your bike enough times and the engine can go bust, forcing you to salvage the scrap required for repairs in the many abandoned cars that litter the roads.

Outside of missions, you even have to refill your bike with gasoline to prevent it running out of fuel. I found out the hard way when my bike’s engine fizzled out in the middle of an underground tunnel, leaving me with no alternative but to loot a nearby Freaker-infested petrol station with nothing but a few rounds left in my pistol.

This was one of my standout experiences in Days Gone, and one of the rare moments when it felt like a true survival game rather than a generic shooter. Sadly, since you can refuel your motorbike at any of the main camps, and purchase upgrades to expand the gas tank, it’s very easy to avoid such scenarios. That said, I still think the motorbike is one of the best unique features here, and I really appreciate being able to spend camp credits on modifying its visuals to make it feel more personal. 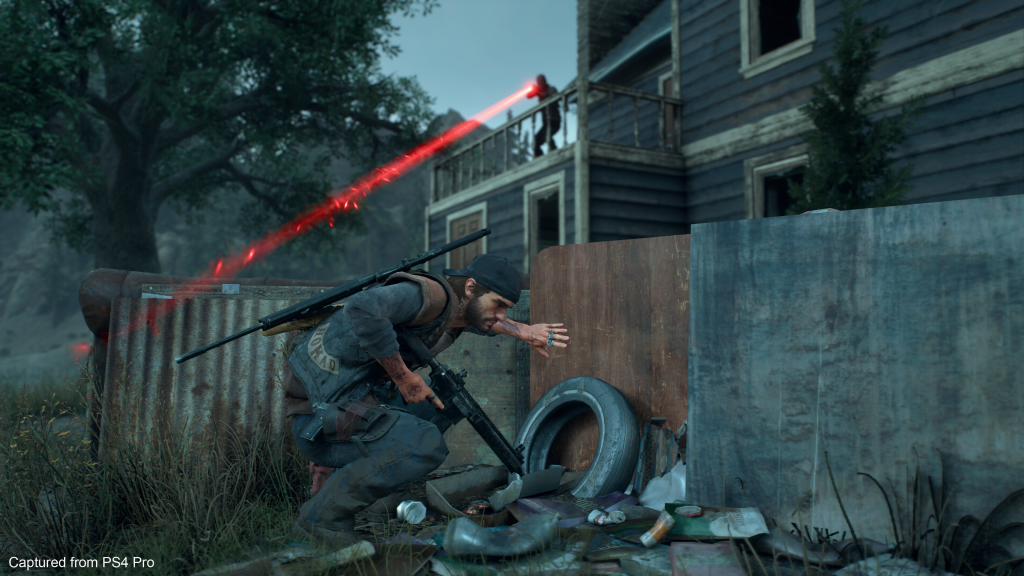 The motorbike isn’t the only feature that feels under utilised in Days Gone. There are many varying zombie types from bullet-sponge Breakers strong enough to tear your limbs from your sockets, to Screamers with a shriek so powerful they can temporarily stun you and beckon nearby Freakers to come charging in. However, there are only a handful of story missions where you’ll actually face these uniquely skilled monsters, wasting promising potential.

Instead, you’ll spend most of your time slaying humans and your standard Freakers, both of whom are pretty easy to take down. A couple of bullets, crossbow bolts, Molotovs or even baseball-bat swings will soon see a Freaker’s head burst like a microwaved watermelon.

Late-game missions at least see you fight Freakers in more claustrophobic locations, as you’re sent through mineshafts and zombie-wolf lairs to provide heightened tension and more effective jump scares. Grouping the Freakers in massive hordes also helps to reignite the fear factor, but you’ve got to slug through a lot of carbon-copy missions to reach these enthralling encounters.

Related: The Last of Us Part 2 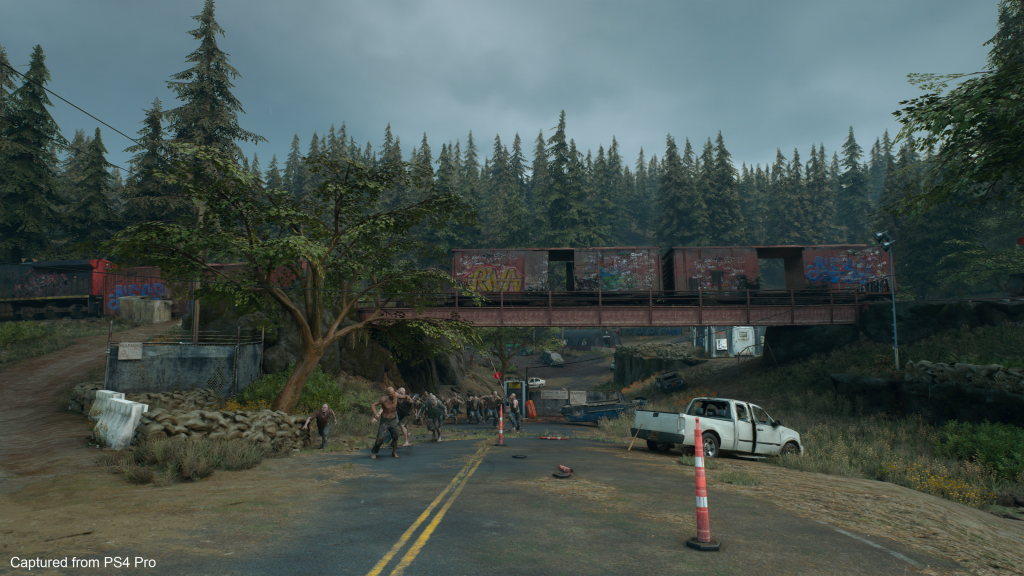 Sadly, Days Gone is also suffers a multitude of technical issues. During my 30-hour playthrough the game crashed three times, forcing me to reboot. On occasions, audio and dialogue would also fail to trigger, leaving characters and my motorbike’s engine eerily silent.

The most consistent technical issue of all, though, is the sudden drop in frame rates. Turning sharp corners on my bike at full speed would more often than not see a horrible screen stutter on the standard PS4, which feels inexcusable for such a high-profile exclusive. A couple of patches have been implemented pre-launch since I started Days Gone, with another on the way, but I can confirm the frame rate drops are still prevalent.

PS4 Pro fared better, with performance improved across the open-world and during intense combat sequences. But intense loading times and strange bugs persisted. At times, objectives would fail to load in, forcing me to reset a checkpoint and sit through more loads before continuing the journey.

Days Gone has a couple of fantastic ideas, including the blockbuster horde battles that offer some of the most heart-pounding zombie spectacles I’ve seen yet.

Unfortunately, these fantastic moments are fleeting, with generic missions, a messy story, and a plague of technical bugs holding back Days Gone from becoming a zombie-slaying classic.