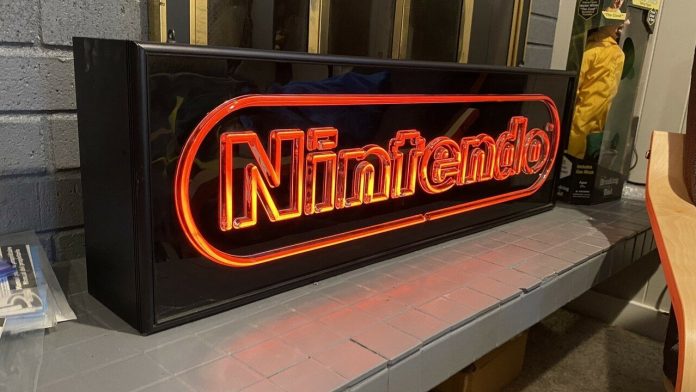 We were recently contacted by a reader with details of a treasure they had found — an incredibly rare Kirby e-Reader card created exclusively for an in-person E3 2002 competition. Not only was it a limited card created for an industry-only event nearly two decades ago, but also a first prize-winning example (of which only 10 were produced) that miraculously escaped destruction at the hands of Nintendo show reps responsible for ensuring prizes couldn’t be redeemed twice.

That card came from a never-opened pack which eventually came into the possession of a lucky ex-Nintendo of America employee. Rob A recently put the e-Reader card up for auction, with the winning bid coming in at a cool $10,600.

Following the sale, we were fortunate enough to speak to Rob about this incredible find — to discover more of the story behind the card, how he ensured its preservation before selling it, and also to get a glimpse at some of the other treasures this former NOA employee has collected over the years…

Nintendo Life: First up, can you give us a little background on how you came into possession of this card in the first place? Did you attend E3 2002?

Rob A: It’s pure happenstance the cards ended up with me. We collected/stored a lot of stuff over the years at Nintendo. During a remodel in one of the buildings we were asked to clean out and throw out a lot of old cabinets dating back to the ’80s, including pristine replacement manuals, materials for training and old supplies for agents dating back to game counselor days. Along with that stuff, I had to thin out the herd of old systems and swag collected. As a fan, I was somewhat mortified at the thought of destroying any of it.

Anyway, I asked if I could keep some stuff… of which, was a couple of boxes of old brochures and loose cards. The best guess I have is that swag came back to the group I was in from E3 and just sat idle, destined for someone to throw out or discover. I feel thankful it was discovered as I hate unsolved mystery.

You’ve obviously had this card for a while now, but presumably only opened the pack recently. How come?

After I left, much of the stuff sat in boxes in my garage until I started cleaning and organizing about a week before I found the cards. Other than one unopened pack, everything else was loose. Sitting snugly in a stack of Mario Party and Animal Crossing e-Readers and various cards.

“My eReader collection is a training manual for agents… full of organized cards.”

What was your first thought when you scanned the card and it was revealed to be a 1st place winner? Did you know the significance immediately?

I knew the significance of the pack, but hadn’t gotten to the loose ones until the weekend. Immediately, I came upstairs to play a joke on my wife… like I had the winner. I had three, so as I told her about the cards, I planned to pretend on card two that I had the winner…

My arms froze. The image popped up and the jingle played. I felt like I won like in 2002. I said “OMG, honey, this is for reals a first place card”. At that moment, I knew I was the only one that had heard that jingle in almost 20 years.

Once you had established what you had, how did you go about making sure the card wasn’t accidentally damaged while you decided what to do with it?

To answer the question on many people’s minds… the data is properly archived. Because the first thing I thought was… if I sell this, it’s likely never to see the light of day again

I contacted a couple preservationists to ask how to handle it. Then I made the video so I could stop swiping it. Then I blocked it up. To answer the question on many people’s minds… the data is properly archived. Because the first thing I thought was… if I sell this, it’s likely never to see the light of day again, and that would be sad.

The second question is “Why sell?” Simple… I love e-Reader, but I’m not a collector of those. I have a small sample, but I prefer the games.

You ultimately sold the card on eBay rather than via an auction house – what was behind that decision?

I contacted Heritage and another popular auction block and gave them the info. Heritage got back to me with a ‘no’, since there was literally no history and I needed at least a valuation of 10k for a submission. If I had more stuff, they’d consider it. Considering the cost to get it ready and their cost to sell, I already had auctions up and decided to just leave luck to chance.

I’ve been criticized a bit for not getting more, but values are determined by the what people are willing to pay. If someone makes a killing off it later, I literally had no knowledge I had it at all… perspective is important and I know someone who values it has it.

We’re sure that postage on such a small, high-value item must cause some headaches! Which delivery service did you use in the end (or was it Collection Only)?

I covered postage for the winner. 1-day shipping, heavily insured. Signature required and filmed both the packing, taping, and drop off scan. No chance UPS would try a funny.

Before selling you took steps to make sure the card was preserved. Can you tell us about who you contacted and the process it entailed?

Preservation [in collaboration with community-driven non-profit Hit Save] consisted of a high quality scan of both sides and measuring color values to make sure everything was maintained. We also preserved a few other cards I had and some packaging while the scanner was with me. I could have easily handled it myself since I have a print materials background, but there’s actual data at stake on those cards. I also consulted a few others to make sure they were comfortable with it.

What will become of the other ‘lesser’ cards that came in the E3 2002 pack? Have you got any other high-value Nintendo items nestled in your collection?

I’ll sell one more pack and then I’m going to commemorate the event in my collection [see the WaveBird, Pokémon GBA and e-Reader card layout further up the page].

I have a few Holy Grails I’ve collected through garage sales and internal auctions. Things that are important to my wife and I. A sealed and pristine NES Stack-Up, a Superbrite sign that works, a Punch-Out shadow box with green boxing gloves signed by Reggie and Don… Gold Famicom Punch Out cart… complete Virtual Boy with US lineup of games.

Yes, that’s a Qbby amiibo on top of the bookcase, a Vectrex in the bottom, and Reggie’s signature on a boxing glove

The important parts of the Nintendo systems I collect are the cases that get made for the systems. I’ve also collected all of the Famicom system and peripherals in box… and a good rainbow of games. I play my Famicom a lot and had one beautifully restored and modded by Retrofixes. The colors and lack of jailbars is amazing on a CRT.

As far as the money… I’ve got two teens and a two-year-old. I’ll need 40 more cards to get through that. For sure my wife deserves something great. She supports my collecting of arcades and Nintendo goods like no other.

Like I said before, I literally had no idea I had this a few weeks ago. I know the people around me let their minds go wild… but I feel really lucky I got to hold the card, feel the excitement, learn more about the card and story around it… archive it… and ultimately watch the excitement of the auction. If it only sold for $500, that was meant to be.

I’ve seen and experienced a lot of great stuff while working in the industry that I’ll never forget and this is part of that. It’s an amazing industry and many take the opportunity for granted. A lot of childhoods and paths to adulthood are made in it and I got to be in it.

Many thanks to Rob for taking the time to speak with us and sharing his impressive Nintendo collection and memories.