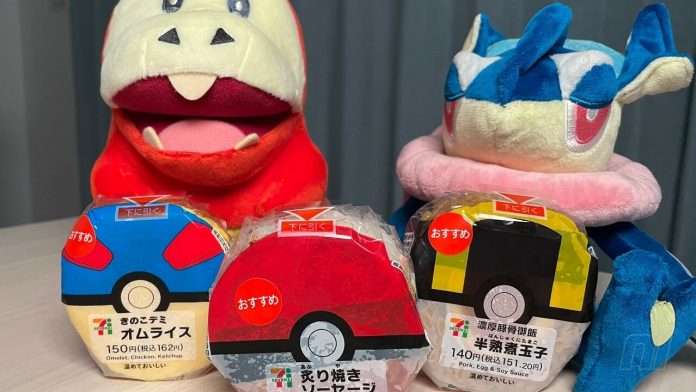 Made with real Pokémon!*.

Pokémon – both the games and the anime – have always featured food prominently. Moomoo milk, sodapops, slowpoke tails, and more recently curry mixes and sandwiches – there’s no end to the edible and drinkable in the Pokéworld.

We’ve even covered Pokéfood before on Nintendo Life, both reviewing Japan-exclusive actual donuts and ranking the ‘mons we’d find the tastiest. Those ancient Pokémon fans among us might even recall that during Ash, Brock, and Misty’s early adventures, they often dined on what they called donuts. These white-and-black triangle-shaped pastries were actually rice balls — onigiri — dubbed ‘donuts’ in the English version of the show as kids presumably wouldn’t know onigiri from fried dough.