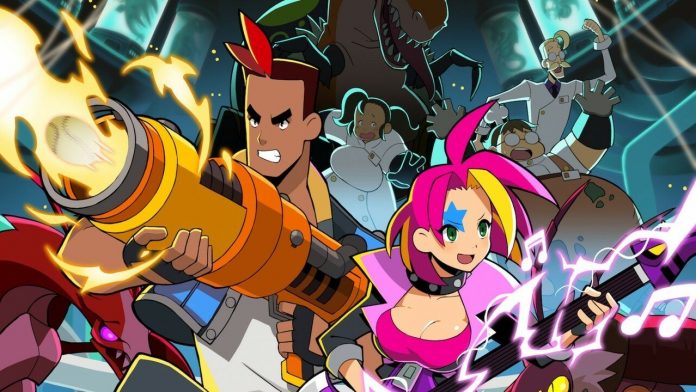 Over the past 30 years, WayForward, makers of the Shantae series, has made a name for itself by crafting retro-flavoured gems that combine the best of modern gaming with an unashamedly old-school aesthetic and game feel. Whether it’s baked into their own projects (such as the Mighty series or the aforementioned Shantae games) or for one of the developer/publisher’s many excellent licensed property projects (DuckTales Remastered, Contra 4, Batman: The Brave and the Bold, The Mummy Demastered, River City Girls, to name just a small handful of highlights), the studio’s always got one eye on gaming’s illustrious past as it forges ahead into its fourth decade.

For its latest project, Spidersaurs, WayForward is looking not only to a titan of the run-and-gun genre for inspiration, but also to the energy and aesthetic of ’90s Saturday morning cartoons. Formerly an Apple Arcade exclusive, the game is coming to Switch and other consoles on 14th July.