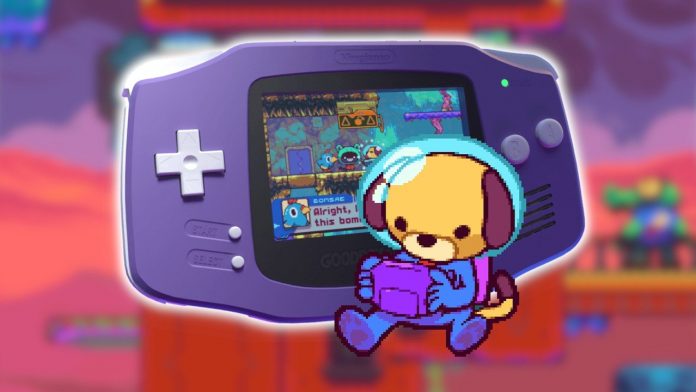 “[Jeremy] insisted I make a cave level with waterfalls like Yoshi”.

Last week a Kickstarter campaign went live for Goodboy Galaxy, the first brand new, commercial release for the Game Boy Advance for 13 years. A colourful 2D platformer with running, gunning and a space-faring good boy called Maxwell, it’s a beautifully animated and incredibly impressive-looking project that will be coming to both Switch and PC alongside the bona fide GBA release.

The campaign reached its funding goal in a matter of hours, and we recently caught up with developer Rik Nicol via email to find out a little more about the game’s development, the team’s influences, and what it’s like to be making a GBA game in 2021…