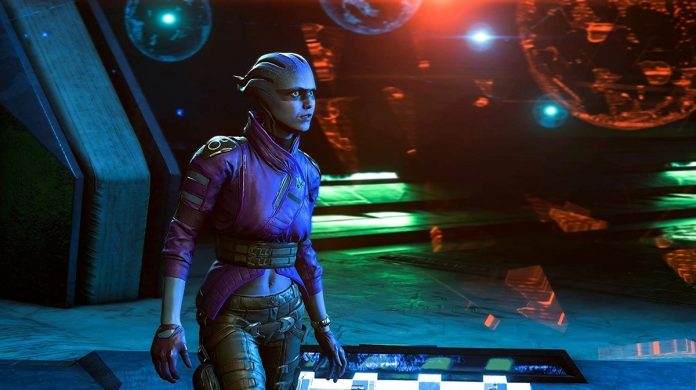 Mass Effect Legendary Edition has certainly done the trick: it’s rekindled a love of BioWare’s original trilogy years after the games came out. But it’s not just Mass Effect 1, 2 and 3 that are being judged once again. Fans are reappraising Mass Effect Andromeda, too.

2017’s Mass Effect Andromeda endured a torrid time upon release, with clips of dialogue scenes descending into meme status. There were other areas of the game that came under fire, including its limited character creator, bugs and animation quirks.

Beyond that, though, Andromeda’s missions, storyline and characters failed to set the world on fire. Without Commander Shepard, the Normandy and the original trilogy’s cast of much-loved characters, Andromeda set out for a new galaxy, a new premise and new party members. I think it’s fair to say it didn’t stick the landing. Some thought the game was just okay, others considered it outright awful. Either way, Andromeda flopped and BioWare soon moved on, leaving it sequel-less.

Now? With the Legendary Edition over a month old, some have rinsed through all three games and, suitably pumped for what’s next for the franchise, dipped back into Andromeda.

“Just finished Andromeda after playing the trilogy and I have to say while the trilogy is better, the first few hours of Andromeda wasn’t really getting me hooked but the more I played I enjoyed it and by the end of it I was actually keen on seeing what’s next,” danish0o74 said in a thread posted to the Mass Effect subreddit this week.

“It’s not perfect no game is,” said VolatileElmo, “but the one thing I absolutely loved was the exploration. Some of the planets in Andromeda were simply beautiful. The story as a whole I think is pretty cool, just the writing isn’t the best.”

“I tend to describe Andromeda as ‘aggressively average’,” BlazeOfGlory72 wrote. “It’s a decently fun game with no obnoxious flaws, but it doesn’t really do anything noteworthy either. I didn’t regret my time playing it, but I really have no desire to ever pick it up again.”

Returning to Andromeda now having played the Legendary Edition, I’m struck by the combat, which is fun, snappy and responsive. While Mass Effect 3’s combat certainly improved upon that of its predecessors, I think Andromeda offers Mass Effect combat at its best.

And despite all the memes about animations and faces, Andromeda is quite the looker – when you’re looking in the right direction, that is. BioWare’s always done a great job of creating evocative landscapes and sky boxes, and Andromeda certainly has that.

Still, Andromeda struggles to make more of an impression beyond that. The Ryder kids are no Commander Shepard, the party members lack punch, and the two new alien races (the angara and the kett) are uninteresting. Andromeda doesn’t feel as expansive as the original trilogy, and much of what made those games great just didn’t turn up.

What will be interesting to see is whether the next Mass Effect game includes Andromeda in any meaningful way. Andromeda, clearly, was meant to be the first game in a new Mass Effect series, with plenty of loose ends that have gone untied. Could we see at least some answers in the future?

In December, BioWare dropped a surprise teaser for its next Mass Effect game. It begins with a long zoom from outer space back into a familiar-looking galaxy – while another, presumably Andromeda, is left on the horizon. We hear radio messages from Earth, audio clips from the original Mass Effect trilogy, and see wreckage of Mass Relays destroyed in the Reaper war. Then, on an ice planet, a figure reaches into the snow and pulls out a familiar-looking shard of N7 armour.

As Tom Phillips reported, the trailer not only appears to confirm the next Mass Effect game will feature the Milky Way, but that it will continue the story of our galaxy after the trilogy’s Reaper war.

The figure at the end of the teaser is Liara T’soni – though as an asari, who live 1000 years, it could be set hundreds of years later.

In the background, behind Liara, you can spot the “Mud Skipper” spaceship previously teased in earlier concept art.

Those images also teased a galactic civilisation building – or repairing – Mass Relays, which were damaged in the Reaper War, though also included designs with architecture reminiscent of the Remnant, a synthetic race introduced in Andromeda. 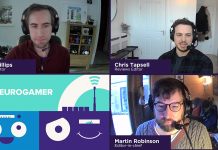 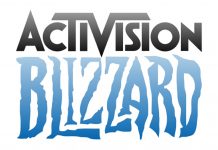 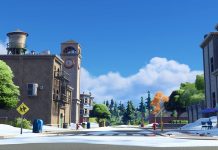 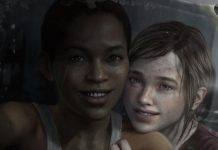 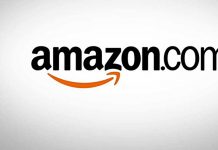 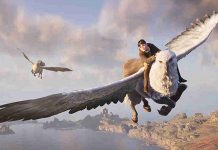