ZemaGames
Home Game Reviews Fortnite Character Collection locations – Who they are and where to find... 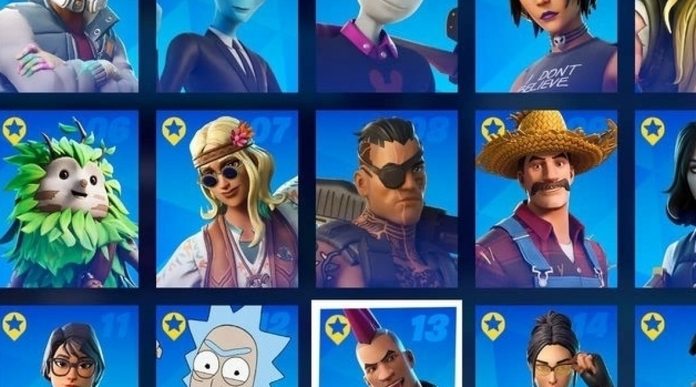 The Character Collection tasks you with finding NPCs across the battle royale map, each corresponding to the theme and events of Fortnite Chapter 2 Season 7.

There is a total of 18 characters to find, most of them being present as Battle Pass skins as well.

You’ll likely come across some of them in your travels, but others can be rather elusive, or present a particular condition attached. This guide will explain how to complete your Character Collection.

Each new season brings an array of characters to meet, either during your expeditions across the battle royale map or through the Battle Pass screen as unlockable screens.

Some tend to be variations or even returning characters from previous seasons, while others such as Rick Sanchez are completely new. They all tend to serve a purpose, either in relation to legendary or epic quests, for example, or just general quests that you can pick up as you go.

The Character Collection, then, works as a catalogue for all of them. All you have to do (in most cases) is to talk to the NPC in question to see their face appear on your collection.

The list below notes the few exceptions to this rule, as some NPCs require for you to fight them, as well as listing all locations in the map grid.

Below are all 18 characters in Fortnite Chapter 2 Season 7 that are part of the Character Collection:

Tthere are time-limited Legendary Quests starting every Wednesday, with the latest steps including placing Welcome Gifts, finding a CB Radio, Zig and Choppy and an Alien Nanite. You can also completed your Character Collection!

Completing the Character Collection in Fortnite comes with a reward, but unlike legendary or epic quests, don’t expect to gain experience or any other goodies.

Instead, you’ll obtain the Catalogued badge (which is an achievement) in your Legacy catalogue. This can be viewed from the Careers tab in the game’s main hub.

As a related note, Beach Brutus is no longer in the game, and when he used to, talking to him wouldn’t add him to the collection.

Thankfully, in our experience we didn’t need him to obtain the legacy badge. You can obtain the badge after adding the other 17 characters to your collection.

Lastly, Bunker Jonesy was glitched for us – if you have previously unlocked him and you still don’t the badge, double check the catalogue in case his avatar is missing. If that’s the case, go ahead and talk to him once more.

Have fun hunting for this season’s characters!