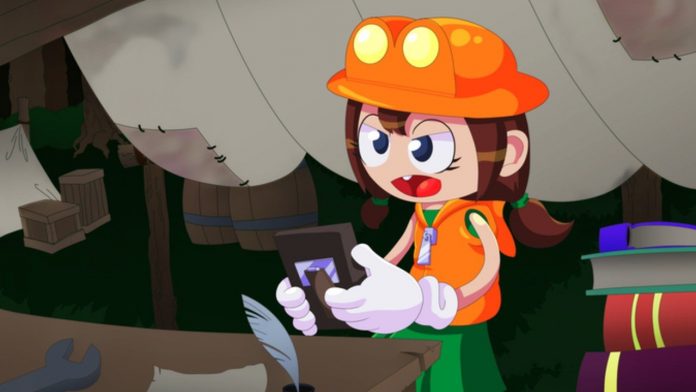 Indie developer molegato has announced Frogun for Switch and other platforms, a new 3D platformer that hopes to have you reminiscing over the genre’s greats from the ’90s.

Channelling N64 and PS1-era vibes, Frogun has players jumping, shooting and solving little puzzles as they explore the game’s colourful world. It’ll feature five zones in total (or more once stretch goals are met), all full of “levels, secrets, treasure and adventure”.

A Kickstarter recently went live to generate some extra funding, and the project immediately smashed its €5,000 goal in just two hours. There are still 29 days left to go on the campaign at the time of writing, so if you’d like to get in early and claim some extra rewards, feel free! Here’s an official description:

Renata’s parents are world-renown explorers, archeologists and inventors that travel all over the world uncovering the secrets of the past, bringing her with them in their expeditions. However, in their latest adventure, they decide to leave her at the base camp—the Beelzebub ruins are said to be too dangerous!

For three whole days she waits, her pride hurt and bored out of her mind, until she realized: if they haven’t returned yet, something must have happened to them! In a hurry she grabs her parents’ last invention, the Frogun, and heads to the ruins to rescue them, and prove that she’s as capable as them!

Are you liking the look of the game so far? Will you be keeping an eye on its progress over the coming months? Let us know with a comment.