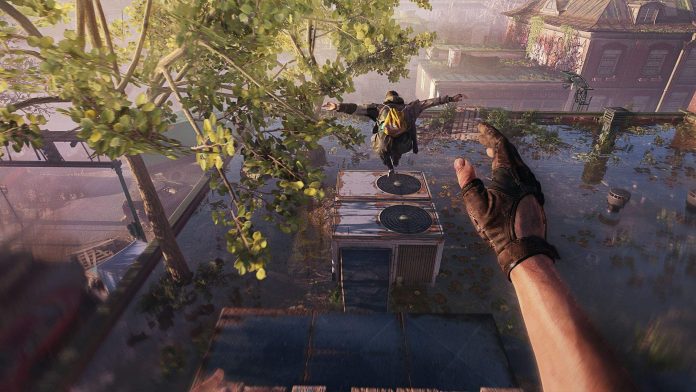 Crossing a street is no small feat in the Modern Dark Ages. A trigger-happy looter here, an enraged Infected there… One does not simply go and get groceries anymore. Usually, the best way to overcome the danger is to pose an even bigger danger. Fortunately, Dying Light 2: Stay Human gives you two connected mechanics to stay on top of things: Parkour and creative combat.

The Modern Dark Ages are what they sound like. A fallen age. A degenerated world where there is no law or advanced technology. A world where everyone fends for themselves (or just a close circle of allies). In this world, if the guy across the street is coming closer, he’s not looking for a friendly conversation. That’s why parkour is so important. It lets you make your way to a supply cache or get out of a battle you shouldn’t have picked. You’ll get plenty of chances to appreciate your ability to move around with ease. Especially since the city is now much more vertically layered, giving you more opportunities to outmaneuver your foes. A lot more.

The designers at Techland put a lot of attention to parkour animations. There are thousands of them, making navigation feel incredibly smooth. We wanted to make it as close as possible to the real world, while keeping all the moves fun and easy to pull off. But what takes exploration to the next level is your new set of skills—and gear! Oh yes, you don’t have to rely on your body alone. From the new paraglider to the ever-useful grappling hook, you’ll be able to make the most epic runs. They’ll often take place hundreds of meters above the street level. There are also ropes to swing on, rope bridges, trampolines, elevators—you name it. Of course, you’re going to need some practice before you master the navigation.

Survival is not just about moving around, however. Parkour is like yin to creative combat’s yang. Combine the two, and you’ll truly have a chance to see another sunrise! In Dying Light 2: Stay Human, the way you approach enemies can — and should — differ after you consider some factors. First of all, the faction you’ve sided with can impose (or prefer) a certain style of playing. Some like to steamroll through the enemy, others prefer to be more subtle about it. But ultimately, you choose how you play, so another thing to watch out for is who you’re facing. Between the Infected and the various factions surviving in the city, everyone will try to take you down in a different way. Some enemies will act alone. Some will work in a group. It’s good to learn the different behavior patterns and recognize what kind of weapons your enemies are carrying.

Weapons, both melee and ranged, are a big part of Dying Light 2: Stay Human. You can instantly spot what kind of weaponry your enemy is wielding. It can be a crude, makeshift thing cobbled together from spare car parts, or some antiquity looted from a museum. The lucky ones get to carry military-grade gear, like a rifle found in an abandoned vehicle. Every weapon can also be modded. Not just to increase its durability or sheer damage, but to help you exercise a certain style of play or react to specific situations. Adding special effects, such as fire, electricity, or bleeding, can hugely influence your tactics.

It’s all about creativity. The rich weapon modification system combined with parkour skills lets you invent new ways of dealing with the enemies. But watch out, your foes aren’t braindead. Well, not all of them, at least! Some will use group tactics against you, so choose your battles wisely and know when to regroup. You’ll get a chance to see how engaging the combat and navigation is later this year. Dying Light 2: Stay Human launches on December 7, 2021 for Xbox One and Xbox Series X|S and is available for pre-order today on the Xbox Store. See you in the city!

☆☆☆☆☆
★★★★★
$59.99
Pre-order
Upgrade your experience with Smart Delivery. Buy the game once to both play it on Xbox One and get its optimized version for Xbox Series X | S

Over twenty years ago in Harran, we fought the virus—and lost. Now, we’re losing again. The City, one of the last large human settlements, is torn by conflict. Civilization has fallen back into the Dark Ages. And yet, we still have hope.

You are a wanderer with the power to change the fate of The City. But your exceptional abilities come at a price. Haunted by memories you cannot decipher, you set out to learn the truth… and find yourself in a combat zone. Hone your skills, as to defeat your enemies and make allies, you’ll need both fists and wits. Unravel the dark secrets behind the wielders of power, choose sides and decide your destiny. But wherever your actions take you, there's one thing you can never forget—stay human.

VAST OPEN WORLD
Participate in the life of a city engulfed in a new dark era. Discover different paths and hidden passages, as you explore its multiple levels and locations.

CREATIVE & BRUTAL COMBAT
Take advantage of your parkour skills to tip the scales of even the most brutal encounter. Clever thinking, traps and creative weapons will be your best friends.

DAY AND NIGHT CYCLE
Wait for night to venture into dark hideouts of the Infected. Sunlight keeps them at bay, but once it’s gone, monsters begin the hunt, leaving their lairs free to explore.

CHOICES & CONSEQUENCES
Shape the future of The City with your actions and watch how it changes. Determine the balance of power by making choices in a growing conflict and forge your own experience.

2-4 PLAYER CO-OP GAMEPLAY
Play in up to four-player co-op. Host your own games or join others and see how their choices have played out differently than yours. 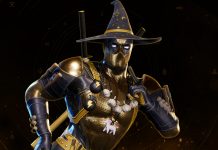