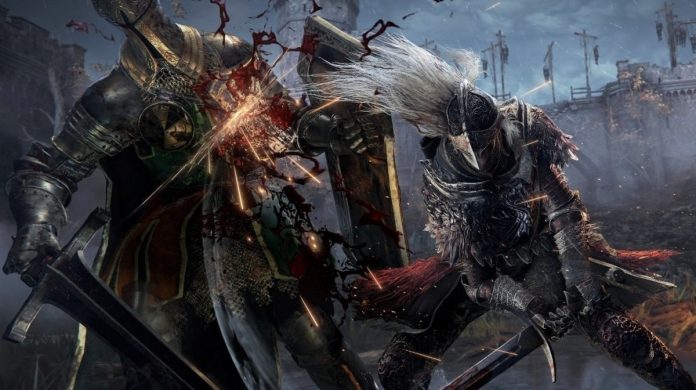 Elden Ring finally stepped out of the shadows with a proper trailer and several chunky interviews during E3 week, but one person we hadn’t heard from on the subject was, of course, George R.R. Martin. The Game of Thrones author has been involved in some of the writing for Elden Ring, and now we’ve finally heard a little more about his contributions from the man himself.

Martin recently visited Northwestern University’s Medill School of Journalism (where he studied in the ’70s) to receive an honorary doctorate, and during the visit spoke to local news station WWTW about his career… including Elden Ring. He didn’t exactly provide any shocking revelations, but confirmed he’d mainly been involved in the early stages of development and creating the game’s fantasy world.

“The game is called the Elden Ring and it’s a sequel to a video game that came out a few years ago called Dark Souls,” Martin said. “My work on it was actually done years ago. These games, they’re like movies, they take a long time to develop.

Martin elaborated that he “worked up a fairly detailed background” for FromSoftware, at which point the developer “took it from there”.

“…They would come in periodically and show me some monsters they designed or the latest special effects… but the game has been very slowly developing and now it’s coming out in January, I believe,” Martin added. “I’ll be as excited as anybody else to see it.”

George R. R. Martin talks Elden Ring in new interview:
-His work on the game was done many years ago
-He wrote the worldbuilding & characters
-From would periodically show him enemy & graphic designs
-He is excited for the final game 🙂 pic.twitter.com/y5gUDvo2Hd

Game director Hidetaka Miyazaki previously explained back in 2019 that Martin was helping with Elden Ring’s “overarching mythos” and game world, but in a recent interview with IGN he discussed Martin’s work in further detail. It seems Martin helped establish an element of world building at the beginning of the project, at which point FromSoft began to explore game systems “and the rest of the game from that”.

“Martin himself was very open to us prioritising the game systems and leaving out anything we didn’t want to explore – but it ended up not being like that,” Miyazaki said. “It ended up being a huge source of inspiration and impetus for the design of the game, so the world building and the systems went hand-in-hand.”

As an example of how this worked in practice, Miyazaki pointed to the idea of the Tarnished. (These are characters – including the player – who inherited a “lost grace” from their ancestors who were banished from The Lands Between.)

“We had this initial impetus from George R.R. Martin’s mythos and we used that to paint the foundation and the initial layers of the game,” Miyazaki said. “An example of that would be how [key characters are] Tarnished and they lost grace. This is the initial spurring moment for the player-character. But then on top of that, we’re obviously going to build a lot of our own world building and our own story elements and other gameplay elements that are necessary to the game, and necessary to the players’ guidance, and how they find a footing in the world.”

Miyazaki gave further examples of Martin’s work on the project: the name of Elden Ring’s world, The Lands Between, was one of Martin’s contributions (and sounds like an apt name for a world steeped in themes of exile and return). The game’s main bosses were also written by Martin. Miyazaki described these mysterious “demigod” figures as those who “inherited the mad tainted power of the Elden Ring shards once it was shattered”.

So, there you have it, it seems Martin essentially wrote much of the game’s foundational lore and worldbuilding at the start, then allowed FromSoftware to pick up these ideas and develop them further with gameplay. Perhaps it’s not surprising that Martin was largely only involved in the early stages, given that – as Miyazaki explained in a recent Famitsu interview – Elden Ring isn’t a “solid story-telling game”. If previous Dark Souls games are anything to go by, FromSoft tends to weave its storytelling into the fabric of its game worlds rather than through tightly-controlled, informative narratives. Heavy atmospheres, not heavy walls of text.

And, of course, I’m sure this will spark some jokes about what George R.R. Martin has been up to if he hasn’t been working on Elden Ring for the past few years. Take it away, comments section. 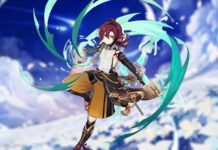 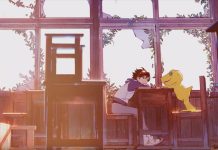