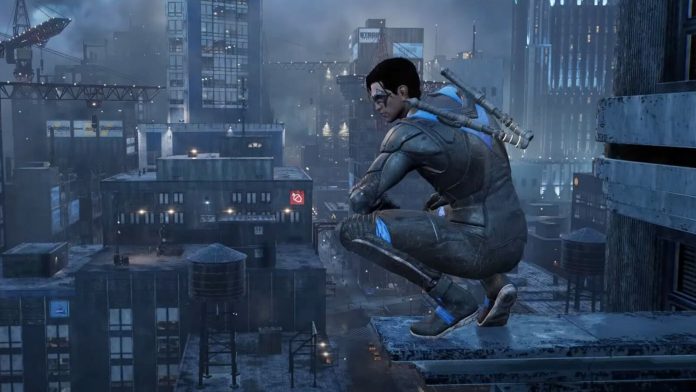 Following some extended gameplay earlier this month, the developers behind Gotham Knights have given more of an insight into the designs of Nightwing’s glider and Red Hood’s (somewhat surprising) mystic leap.

During a Q&A on the Gotham Knights Discord, creative director Patrick Redding revealed Nightwing’s Flying Trapeze was inspired by “a couple of ideas” including some classic issues in the Nightwing solo book that saw the DC hero using his “aerialist moves with jet-powered gliders”.

Additionally, the team wanted it to feel as though Nightwing had been through the late, great, Batman’s arsenal.