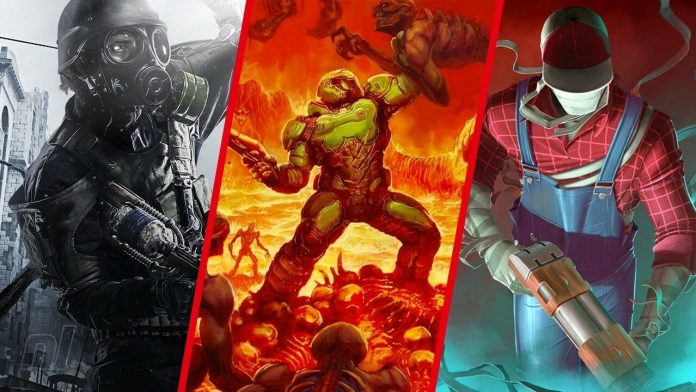 Nintendo Switch’s bulging catalogue of games covers practically every genre, and First-Person Shooters are no exception. It’s a welcome change because Nintendo systems have historically lagged a little behind other consoles in the FPS field despite hosting some classics. After all, GoldenEye 007 and Perfect Dark helped define the FPS on consoles, and the Metroid Prime series shifted the exploration of the 2D Metroids into a first-person perspective to great effect. Still, Nintendo consoles have often missed out on the best multiplatform shooters.

The success of Switch is changing all that, though, and we’ve seen a raft of FPS games arrive on the handheld hybrid. From remade classics to seemingly ‘impossible’ ports, there’s now plenty to chose from, and with Metroid Prime 4 lingering stubbornly over the horizon, there’s never been a better time to gear up like John Matrix, light a cigar and blast through the demonic hordes on your handheld.