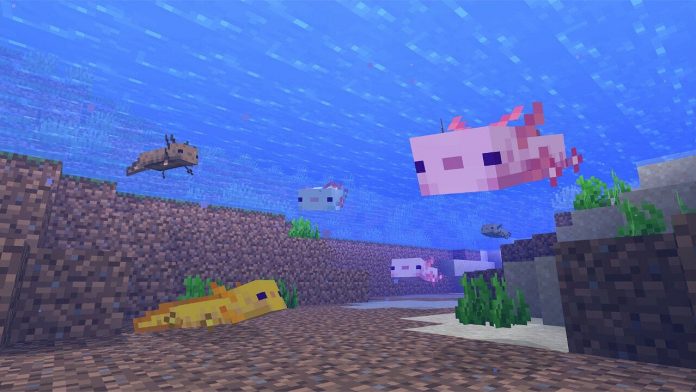 Mojang has rolled out part one of its Caves & Cliffs update for Minecraft. This covers all platforms including the Switch version and adds new blocks and mobs.

There’s now axolotl, goats, copper ore and even a spyglass. Mojang has shared the full patch notes for version 1.0.7 over on its official website. Here they are in full. Once again, it’s a big one:

Important News Regarding Minecraft on Android and Fire TV:

To continue to ensure that we can devote our resources to the platforms where most of our miners and crafters are playing, we’ve ended support for certain older devices and platforms where Minecraft is available. Effective with this update, Minecraft is no longer updated or supported on Fire TV Gen1, Fire TV Gen2, and Android KitKat OS v20 and below.

Have you tried out this new update yet? What are your early impressions? Leave a comment down below.