ZemaGames
Home Game Releases Here's Your First Look At The Switch Box Art For Kirby And... 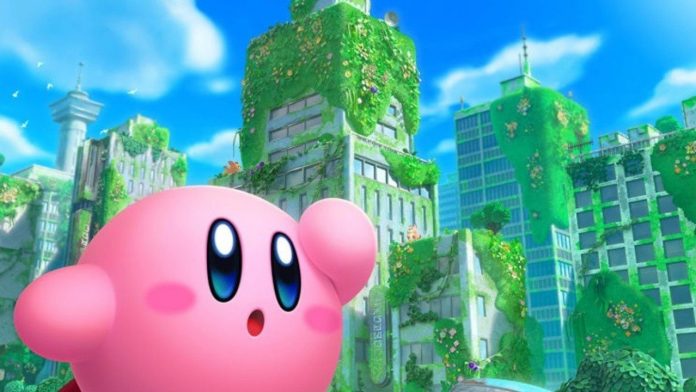 During its most recent Direct broadcast, Nintendo revealed a new 3D Kirby game was coming to Switch. It’s titled ‘Kirby and the Forgotten Land‘ and will be arriving in Spring 2022.

While it’s still a while away, listings have now appeared on Amazon, Best Buy, and at various other retailers – giving fans their very first look at the game’s North American box art, featuring Kirby and a cityscape that’s been reclaimed by nature.