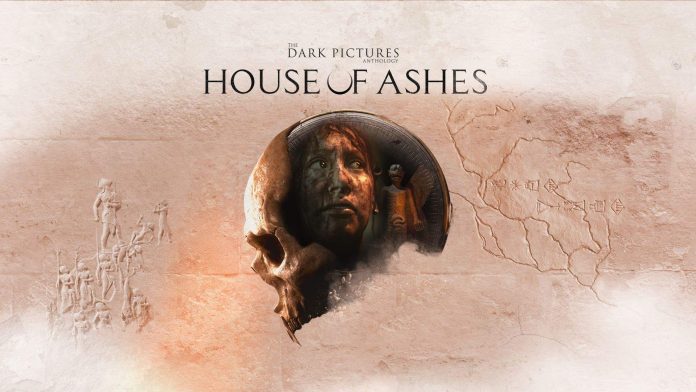 Welcome to this feature about House of Ashes, launching today for Xbox One and Xbox Series X|S on the Xbox Store! I’m Barney Pratt, Audio Director here at Supermassive Games. Today I am going to explain our cinematic approach to the music, for this game and the wider series, and how we developed a signature motif that can span space and time.

Each of the Dark Pictures Anthology games encompasses a completely different world, timeframe, and story, and so we want to deliver a completely different musical score. Whether it is character themes, location themes, subconscious clue giving or deliberate misdirection, the music is the strongest audio element to follow and drive the moments and the wider narrative arcs as the characters and story progress.

We have developed a complex hybrid system of film and game music techniques to fully immerse the player in the cinematic experience of the Dark Pictures. We craft and edit bespoke music cues to precisely frame-match the on-screen action not only for a precise event, but also for each related event over the wider story arc, allowing themes to repeat, expand and change as the narrative dictates. We need to deliver a completely seamless cinematic musical journey through all the options, choices, paths, dilemmas, and key turning points of the story, so the difficulty here is to craft each musical cue to transition and flow without the player ever noticing whilst they direct their own story.

The musical style choices originate directly from the narrative, and we get a real buzz establishing different instrumentation, cues and themes that really work to enhance that story. For Man of Medan, we looked at youth, the swaying waves of the sea and the fierce, violent brutality of events to come. For Little Hope, flashbacks to the dark times of the Salem and Andover witch trials of 1692, we took a historical approach, researching the instruments of that era. These lonely solo instruments played as a lament to these foreboding events, and it was a huge challenge to deliver the cinematic mechanics of a horror game with such a thin and constrained score, but we stuck to the direction, playing with volume and proximity to activate the horror. For the main character theme in Little Hope, Jason Graves composed a simple 6 note motif on an aged piano which offered a deep explanation of the lead character’s part in the story and clues to his emotional journey and outcome (no spoilers!).

We collaborate with Jason as early as possible, and this is vital to the strength of the score. When it came to House of Ashes, we were presented with a narrative that had a consistent element, something that deserved its own recurring musical phrase. We called this our ‘signature sound’ which needed to work in multiple music cues, and deliver on a huge emotional range, from something subtle and unnerving to more dramatic situations, representative of the key narrative moments within the game.

At first this was imagined as an organic overlay to the music, and I remember Jason sent through early samples that included a pitched down ‘coo’ from a dove. The larynx of a bird vibrates so quickly that the sound it generates is incredibly pure and survives a lot of manipulation in terms of pitch and stretching in the audio mix, so this was an amazing starting point, however it didn’t give us quite enough control and variety. We knew it had to be simple – subtle and smooth enough to underscore conversations and dialogue but also jarring enough to push fear into the player.

Using that original sample as a kind of template, Jason went to work and followed up with a great musical arrangement, a simple phrase, establishing, pitching, diving, lurching, warning, something that could be played on multiple instruments, in different keys and at different tempos, layered, morphed, and repeated, but never identical. Each variation matching exactly the level of fear, dread, or power of that narrative element in the game at that moment, yet still representative of that signature sound that is played throughout the game and therefore completely recognizable.

Its simplicity allowed it to be very versatile, played on instruments synonymous with Sumerian culture, through orchestral instrumentation right through to a synthesized arrangement which implies the technological advancement exposed in the story. We could transpose the technique into different keys and different tempos to give it more kick, more intrigue, more drive, whatever we wanted.

This was completely in sync with the broader musical direction and progression of the score as the story unfolds. The game opens in an historical setting some 2000 years ago with a percussive soundtrack to match, and as the horror starts to develop, we move into timeless-horror orchestral instrumentation, later, as the narrative exposes an additional twist, we move into the synths to emphasize the realization for the player.

I hope you enjoyed this peek into the audio world of the Dark Pictures and how we craft the soundtracks for the players. House of Ashes is out today, October 22, and we cant wait for you all to play it!

☆☆☆☆☆
75
★★★★★
$29.99
Get it now
Free Trial
The Dark Pictures Anthology is a series of standalone, cinematic branching horror games where the decisions you make in the game determine the story and the outcome you receive. House of Ashes is the third game in the series.

In House of Ashes, at the close of the Iraq War, Special Forces hunting for weapons of mass destruction unearth something far deadlier – a buried Sumerian temple containing a nest of unearthly creatures. To survive the night below, they must forge a brotherhood with their enemies from the world above.

– Navigate the underworld and escape a terrifying threat
Fight your way out of a buried Sumerian temple against hordes of deadly monsters that have claimed you as prey.

– The enemy of your enemy is your friend
This time, your crew is composed of 2 opposing factions that rarely see eye to eye. Can you put aside your characters' rivalries to fight together as one?

– Don't play alone
The two critically acclaimed multiplayer modes are back. Share your story online with a friend or aim for safety in numbers through the offline 5-player pass-the-pad mode.