Hi Everyone, it’s Sandro, Game Designer at Digital Kingdom. Today I would love to take a little time to give you some insight into how we made our game Swordship and the things we’ve learned to take the concept of dodging to whole new level…buckle up!

Let’s start here, the initial idea for Swordship came from Ben, our artist. He wanted to create a game that feels like a chase scene in a James Bond movie. The player should feel the tension of being chased by enemies without the option to shoot back at them. Let’s make something so intense that it makes you hold your breath and you can feel the water on your face! Four years later we are proud to introduce you to Swordship, a rogue-like with no shooting and a lot of water. The game is all about using skill and precision to not only dodge enemy fire, but trick them into taking each other out.

To understand Swordship, think about Into The Breach mixed with Wipeout. You will find the tactical gameplay and the rogue-like structure of Into The Breach at the speed of Wipeout. We have designed the game so that each run presents a different challenge from the previous one. While the game might start off with simple enemies, as you increase your high scores, new features will unlock. This includes weather, active powers for your Swordship, new enemies attacking with fire and electricity and other surprises that will expand the range of possibilities.

One of the key features of Swordship is its delivery system. In the game you play as a Robin Hood of the future. You must steal containers from the rich to give them to the poor. What is important for us is to make the player feel that giving is losing something. At the end of each level, you will have to choose if you want to keep your containers to get extra lives and upgrades or give them away for points. Keep them for yourself and you increase your chances of completing the game. Give them away and you increase your chances of reaching the top of the leaderboards. What will you choose?

With Swordship we want to offer you a difficult but fair experience. Of course, the game will not do you any favors, but it will always reward you for your commitment.

We hope you will have as much pleasure playing the game as we had making it. See you on the leaderboards! 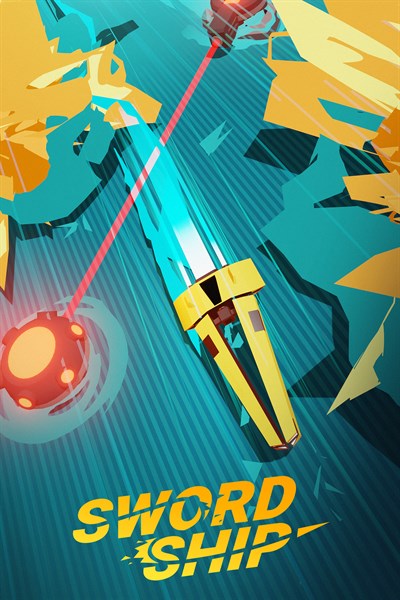 ☆☆☆☆☆
1
★★★★★
$19.99
Get it now
Swordship is a futuristic lightning-fast dodge’em up which flips the script on the traditional arcade shooter. Turn both the tide of battle and enemies on themselves by dodging, weaving and diving your way through an onslaught of enemies hell-bent on tearing your Swordship apart.

This addictive action-roguelike pushes you to make split-second decisions that will either bring you glorious victory against tyranny, injustice, and become a symbol of hope to The Banished, or see your unsung heroics sink to the bottom of the sea. With an adrenaline fuelled soon-to-be a modern classic soundtrack this game will transport you to a grim watery future.

Guns are cool but dodging is your best weapon: The Swordship’s manoeuvrability allows you to outwit the enemy by tactically positioning and dodging enemy fire

Risk/Reward Upgrades: Choose between risking it all by banking stolen containers for massive score boosts or, play it safe for passive upgrades and extra ships that will fit your play style

Weather: Learn to master the different weather conditions to get through the randomly generated levels

The world after global warming. Humanity has taken refuge in three gigantic underwater cities at the bottom of the ocean.

Those who are expelled from the cities, for lack of space, barely survive on the burned lands. Meanwhile the megacities exchange millions of containers loaded with goods every day.

At the commands of ultra-fast boats, a few inhabitants of the underwater cities started stealing these precious containers, in order to deliver them to the banished.

Some are more successful than others.