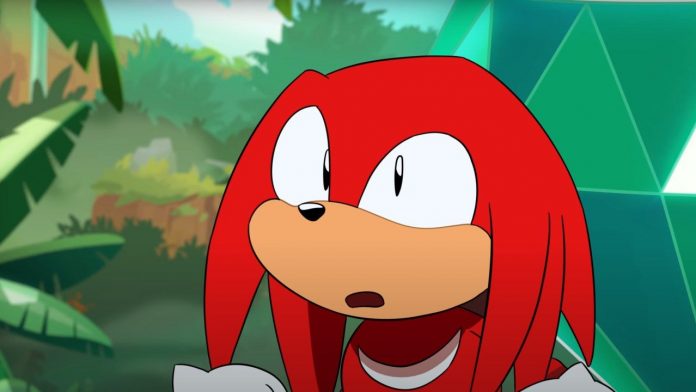 The great Emerald’s power allows us to feel extremely excited at the fact that Idris Elba is going to play Knuckles in the upcoming sequel to Sonic the Hedgehog (the movie). At least, that’s what it looks like from his semi-cryptic tweet of a fist:

This probably seems crazy crazy, a graveyard theory, but we took a closer look at the hashtags, and yup — #Knuckles. Those are Knuckles’ knuckles. Does this mean Sonic’s echidna friend is going to be… British?

The second Sonic movie, which is currently titled “Sonic Movie 2”, according to Elba’s hashtags, began production earlier this year. The movie will be releasing in 2022, according to Paramount. We already know that Ben Schwartz will reprise his role as Sonic, plus Jim Carrey as Dr. Eggman, and James Marsden as Sonic’s adoptive dad.

We have technically already seen Knuckles, in these photos taken on the set of the second movie, although they’re just stand-in props. It’s likely the design will be relatively similar to the prop, though, and not… you know… this.

Now, who’s starting the petition to get Idris Elba’s silky-smooth tones on the Pumpkin Hill rap?

Can you sense it in your feet that Elba will be a great Knuckles? Who’s your pick for Tails? We think Michael Cera… but feel free to tell us how wrong we are in the comments below.