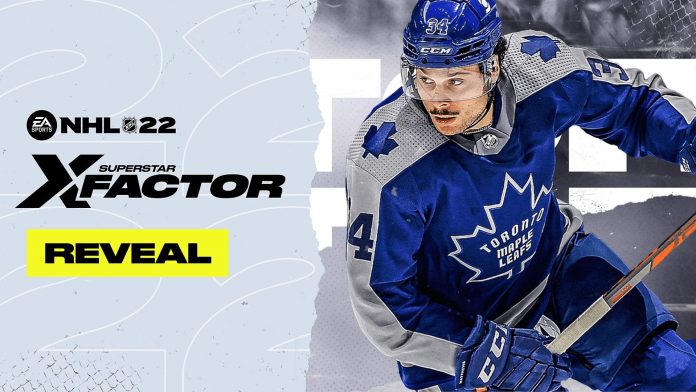 EA Sports NHL 22 introduces Superstar X-Factors, a new ability system inspired by the league’s top pros that lets you feel the personality and power of NHL superstars. Authentic to real player skill and style, the stars of the NHL truly come to life and influence games in major ways. Whether it’s an insanely fast slapshot, thread-the-needle passing, explosive speed down the ice, or lightning-quick reflexes in front of the net, Superstar X-Factor abilities span all positions on the ice and provide a new layer of class-based competition and strategy to the world’s biggest hockey gaming experience.

The immense skill and creativity that superstars like Auston Matthews and Connor McDavid bring to the ice every night is what often separates wins from losses and makes hockey so great to watch. We wanted to make sure that our players had that same feeling when they took the ice in NHL 22, and Superstar X Factors truly makes these top players feel like their real life counterparts in the game.

X-Factors are fully integrated across game modes in NHL 22, in different ways that make the abilities shine and make a tangible difference on the ice. A specific group will get special upgradeable versions called Power-up player items in Ultimate Team; these items have a lower OVR (rating) than the usual items, but they can be upgraded to at least +1 of the base OVR. They can be upgraded to an even higher OVR throughout the season based on live content and unlock new abilities and options. Upgrade Power-up items in HUT with Coins or special Power-up collectable items.

Earn X-Factors for your World of Chel player and upgrade them with Boosts as you progress. In Be A Pro, choose a specific storyline and path, then complete challenges of varying difficulty and length to unlock X-Factor abilities.

Franchise mode has new X-Factor notes  on both pro and amateur scouting reports, adding more nuance to the Fog of War system. Use X-Factor reports for team management; putting players with different abilities on the line together can boost line chemistry and make for powerful, game-changing combos.

NHL 22 is available on October 15 for Xbox Series X|S and Xbox One, but you can get on the ice three days early and get bonus content across game modes by pre-ordering the X-Factor Edition today. EA Play members can also check out the 10-hour Play First Trial on October 7.