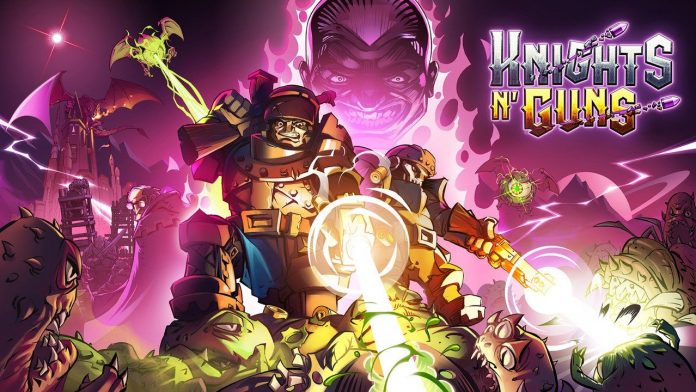 Last year we told you about Knights & Guns, a rather fun-looking shoot ’em up that was targeting a release on Switch in early 2021. Obviously that didn’t quite happen, but it is now confirmed for a 10th September release with the game making its debut on Nintendo’s system.

It’s a shoot ’em up, or maybe better termed a ‘shoot up’, as you are constantly firing upwards at an assortment of enemies. As you can see in the trailer it’s all about colourful chaos, with a promise of 60fps performance and support for local multiplayer if you don’t want to tackle it alone.

Below is some enthusiastic PR blurb highlighting some key features, including a rather flexible approach to the campaign:

It looks pretty good to us; let us know if it’s going to earn a place on your eShop wishlist.