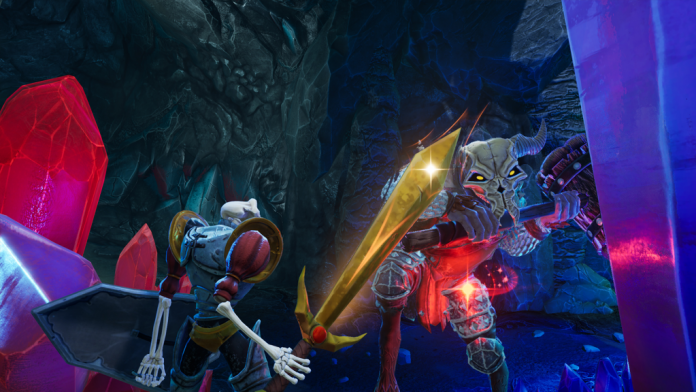 Unless you’re a hardcore lover of the original MediEvil, I can find little reason to recommend this remake when there are numerous superior platformers available on PS4. Heck, even Knack manages to produce a more compelling experience than this, surpassing the brittle bones of Sir Daniel Fortesque in almost every department.

As someone who was equally enthralled and terrified by the original duo of games, this is an unfortunate dissapointment.

MediEvil debuted alongside the likes of Crash Bandicoot and Spyro The Dragon, acting as yet another platforming mascot for Sony throughout its early days in the console space. Sir Daniel Fortesque was a clumsy, strangely adorable oaf who roamed gothic graveyards and dilapidated towns fighting off zombies, solving puzzles and making up for lost time after years of deathly slumber.

Despite spanning multiple games, the series never really found its footing, vanishing into obscurity before emerging once again with this unexpected remake from Other Ocean Interactive. Sadly, such a frankly mediocre revival is perhaps a sad reminder that MediEvil was better off staying buried, Fortesque’s one remaining eye a sad reminder of a singular vision of platforming we’ve long since left behind.

If you’re a passionate fan of the franchise, this remake is faithful to a recognisable fault. It begins with Sir Daniel Fortesque falling into the Battle of Gallowmere. Our poor knight is taken down with a single arrow, piercing his pupil and creating a goofy look that remains iconic to this day. Many years later, he’s revived and tasked with defeating a deadly sorcerer known as Zarok.

Boss battles are frequent highlights – unlike the majority of combat, they require a bit of strategy to complete

He’s a nasty piece of work, bringing all manners of ghouls, goblins and other paranormal creatures back to life in an effort to thwart your plans. The narrative is incredibly simple, with little being fleshed out when compared to the 1998 original. You’ll come across plenty examples of campy flavoured text amidst environments, but they serve a simplistic plot that’s more of a foundation for the action platforming than anything else. It’s charmingly passable.

After awakening in a dusty old crypt, I’m given free reign over a few small, claustrophobic rooms to learn MediEvil’s basic mechanics, many of which are relatively shallow. Attacks are designated to the square button, with the swinging of swords, clubs and other melee weapons beating most foes to a satisfying pulp. Unfortunately there’s little finesse to attacks, movements so erratic that hammering away aimlessly is the best way to get things done.

Ranged weapons are equally unfulfilling, automatically locking onto foes within a certain range. All you need to do is spam the right button and foes will eventually die. The majority of MediEvil’s combat encounters are bland and repetitive, with many also bordering on frustrating thanks to the needlessly tight level design. Holding square will unleash a secondary attack with most weapons, making it easier to wipe out multiple baddies at once.

On many occasions, I found myself a victim of the camera, as evil scarecrows spammed attacks I couldn’t avoid. Death means restarting the entire level from scratch, too. It simply isn’t fun, and combat encounters and level design feel inherently at odds with one another as you stumble aimlessly around tight, grubby looking areas that feel relatively barren beyond the endless slew of ghouls. 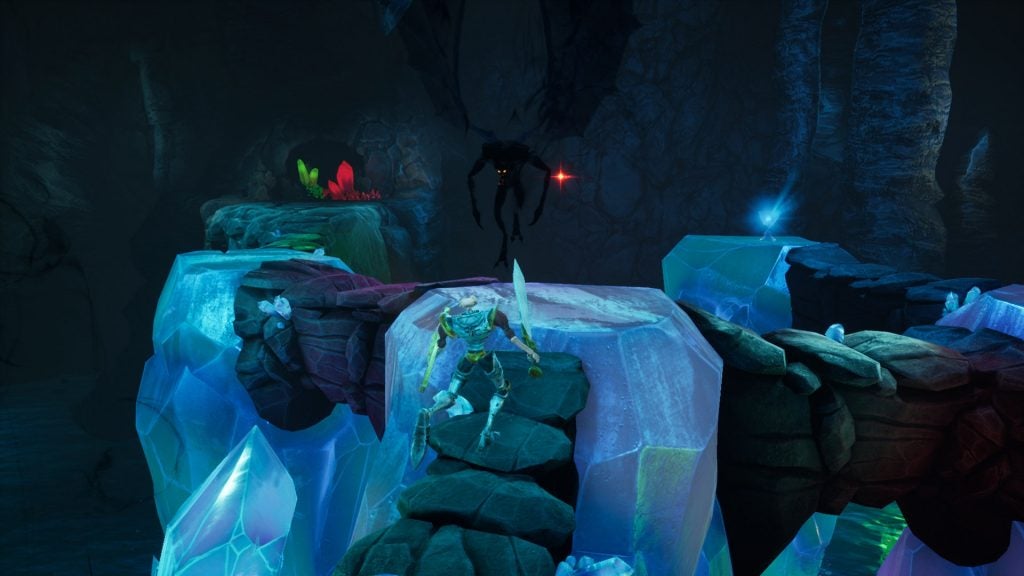 Environments range from snowy caverns to moss-laden graveyards, all of which are fittingly spooky

Controlling Sir Daniel Fortesque is a mixed bag. Thanks to a dash ability acquired in the opening hours, moving through dense, complicated levels is a breeze. A blessing since you’ll often find yourself backtracking to find hidden collectibles or repeating ardous tasks after an untimely death. Platforming is far less enjoyable, our undead knight’s few jumping abilities proved a frequent nuisance.

It’s simply not very responsive, an early example requiring you to dodge boulders while ascending a mountain proved to be more than a little clumsy. Daniel can also block attacks with his trusty shield, although it doesn’t take much punishment before shattering into a million pieces. This means that defending yourself from attacks is a temporary measure, introducing a fun idea of fight-or-flight that could’ve been excellent, but the environments simply aren’t built for it.

Levels grow larger and more ambitious in their topography later into the campaign, providing multiple pathways to roam down in search of both your primary objective and loads of hidden secrets. These are easily some of MediEvil’s highlights, showcasing examples of puzzle design that are a delight to solve, yet often too brief in the grand scheme of things. Before you know it, you’re back to the tireless grind of murdering enemies in pursuit of the Chalice – a special item hidden across each stage. 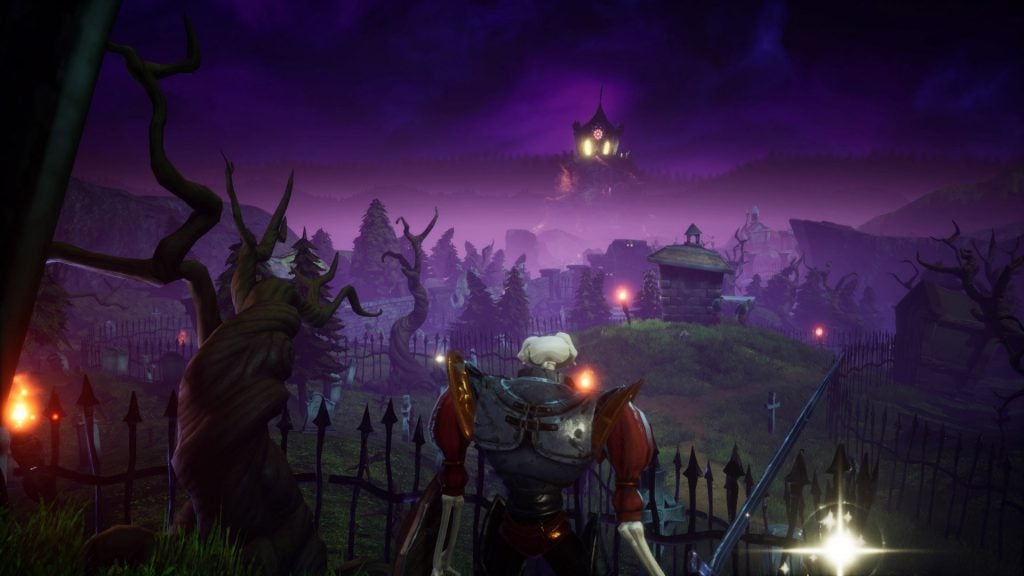 To acquire these you must gather a number of souls and nail down its hidden location. Each chalice grants you a new unlockable in the Hall of Heroes. This magnificent dining room is filled with the statues of famour warriors, many of which are willing to strike up a conversation, given you’ve collected enough chalices. Among other things, you’ll acquire the crossbow, hammer and a number of upgrades that allow Daniel to carry additional health potions. You’re automatically teleported here after each level, so it doesn’t hurt to look around.

Many of MediEvil’s faults come from its dedication to the source material, unflinching in a design philosophy that in the context of today’s gaming landscape is downright archaic. Spyro and Crash superseded such things thanks to boatloads of charm and solid mechanics at their core. MediEvil forges no such path, lumbering clumsily in a perpetual state of mediocrity. It’s a shame, since this series has so much going for it, and a more ambitious return might have worked wonders.

Should you buy MediEvil?

Unless you’re a hardcore lover of the original MediEvil, I can find little reason to recommend this remake when there are numerous superior platformers available on PS4. Heck, even Knack manages to produce a more compelling experience than this, surpassing the brittle bones of Sir Daniel Fortesque in almost every department.

As someone who was equally enthralled and terrified by the original duo of games, this is an unfortunate dissapointment.