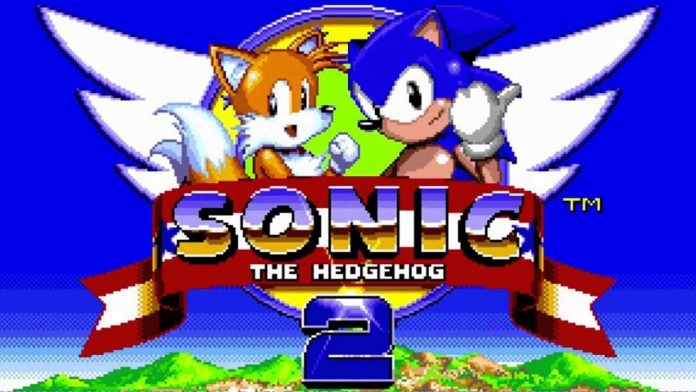 It’s a big anniversary year for various Nintendo franchises, but it’s easy to forget that it’s also a whopper for SEGA’s mascot, with June bringing the 30th Anniversary of Sonic the Hedgehog. We’ll have various articles celebrating that milestone, but a little ahead of time I thought I’d share a fun memory I have with the franchise; I suspect many have had similar experiences.

A decent number of years back — 8 or 10 years, my memory is failing me on the specific time — I was at my parent’s house for the Holidays, and for reasons I can’t remember I had dug out the old Sega Mega Drive (or Genesis, for you NA folk) and began perusing our collection of cartridges from back in the day. The urge hit me and realising my childhood bedroom still — at that point — had an old CRT TV with the relevant inputs, I plugged the system in and picked a game.

There was only one choice: my absolute favourite from that era, Sonic the Hedgehog 2. When that game originally came out I was eight years old, and I played it over, and over, and over again. Though the system had lots of games I loved, not to mention the other glorious 16-bit Sonic titles, Sonic 2 was the top one in my world. And so, around 15-20 years later, I was sitting on the edge of a bed in my old room playing it once again.

My initial thought was “I’ll play the first few levels and then head down to spend time with the family”; that didn’t happen. Once the music kicked in and I was dashing through stages and summoning memories to find secret areas, there was no going back. Early on I was doing well, hoovering up Chaos Emeralds and barely getting hit. “Ok,” I thought, “you still have it”.

Ah, but Sonic 2 ramps up, and once you get caught in a tricky section with no rings it’s easy to lose a lot of hard-earned lives rather quickly. I gradually progressed from lounging comfortably to perching on the edge of the bed and eventually, I kid you not, sitting on the floor cross-legged to be closer to the TV.

Wing Fortress is, frankly, an annoying zone – I didn’t like it in 1992, and I don’t like it now. Great music, though.

Of course, this is a ludicrous scene — a grown man behaving like an 8-year-old — but I didn’t really care. I was having a huge amount of fun while, at the same time, I was feeling The Fear. Well over an hour into the depths of the game and my lives were draining away; the Continues would be next. This was no time for ‘grown up’ dignity. No, it was time to actually focus.

Oil Ocean Zone was responsible for the first glut of lost lives, which was a tad irritating as I’m pretty sure I could do that level in my sleep as a kid. In that final quarter of the game there are some real points of doom, and by the time I reached Wing Fortress Zone my nerves were starting to shred. It is, frankly, an annoying zone – I didn’t like it in 1992, and I don’t like it now. Great music, though.

I got to Death Egg Zone with about 6 lives, if you count continues, and it really hit the fan. Mecha Sonic wasn’t too bad but I lost a few lives, then it was the final boss. When you’re low on Sonics and out of continues this encounter is extremely tense, and I struggled. In fact, I went down to my last life.

At this point I paused, realised I’d been sat playing for, I think, over 2 hours, and I was going to die one encounter from the credits. One more try.

Well, dear readers, I did it. I actually beat the game on my final life, at which point I leapt up and punched the air. Ridiculous behaviour for a grown man, perhaps, but I was genuinely elated. This little episode made me realise that my gaming reflexes had clearly deteriorated from my peak as an 8-year-old, and I briefly lamented a few missed Chaos Emeralds. And then I just sighed and smiled — what a wonderful journey down Memory Lane.

When I went downstairs with a giddy air my parents asked what I’d been up to. I told them, and there was a knowing smile from both of them. In 20+ years not much had changed. I was still their ‘little boy’, like all kids are to their parents, and I was still a Sonic 2 fan that couldn’t resist one more run.