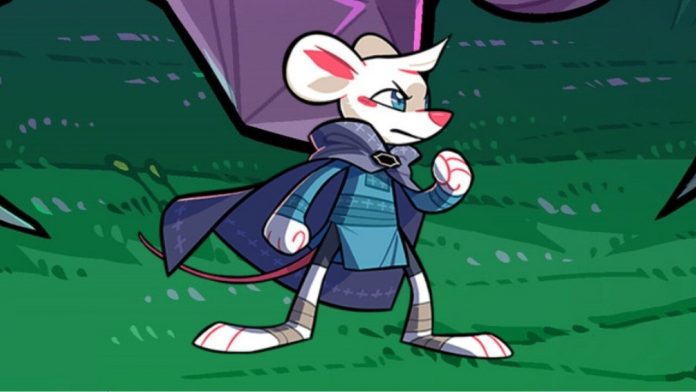 Beast Breaker places you in the role of Skipper, a brave little mouse who’s tasked with killing giant (well, to a mouse anyway…) beasts that threaten the peaceful lives of the towns and settlements populated by other adorable animals. You do so by engaging with gameplay which is one part pinball game, one part strategic RPG, which proves to be a surprisingly excellent pairing with lots of interesting ideas. The primary goal of each battle is to kill another giant crystalline monster, each of which is comprised of a series of interconnected parts with their own health bars. Only destroying one of these parts—the core—will kill the monster outright, but you often don’t have a straight shot or need to chip away at other parts before you can get to it.

Skipper is given a limited number of actions per turn, and you then select from a menu of attacks that usually result in him flinging himself toward the beast and bouncing off its crystalline hide at high speed. You’re given an indicator of where is initial trajectory will go, but Skipper often bounces off several surfaces before coming to a stop. An effective turn, then, is one where you line things up just so that he hits several surfaces at once, but you also have to take his terminal point into consideration, too. Each turn, a red zone is marked out on the field indicating where the monster will strike, and if you finish a turn in that zone, Skipper takes a hit and loses health.