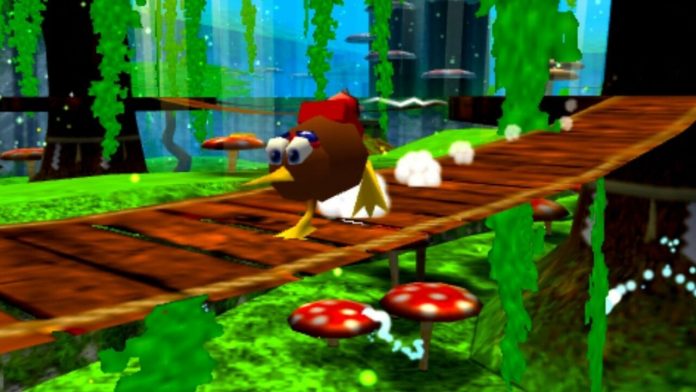 Is it a bird? Is it a plane? Right first time—it was a bird.

Super Kiwi 64 feels like it’s up to something. There’s a tricksy energy about it that’s impossible to ignore. Players of Siactro’s earlier games might be expecting that, but this isn’t just more of the same. Super Kiwi 64 is weird in its own special way, presenting a fresh guided tour of this indie developer’s mind.

Kiwi opens in a hub area that connects eight main levels for N64-style non-linear item-collection platforming. It looks like it’s been perfectly preserved in glacial ice since the Silicon Graphics Reality Coprocessor era of the N64. It could have been released in 1999, copycatting equally Banjo-Kazooie and Donkey Kong 64. Even back then, though, we’d have been slightly wary, since the level of polish is not up with those titles. But despite that, it just feels like there is something going on – something weird.