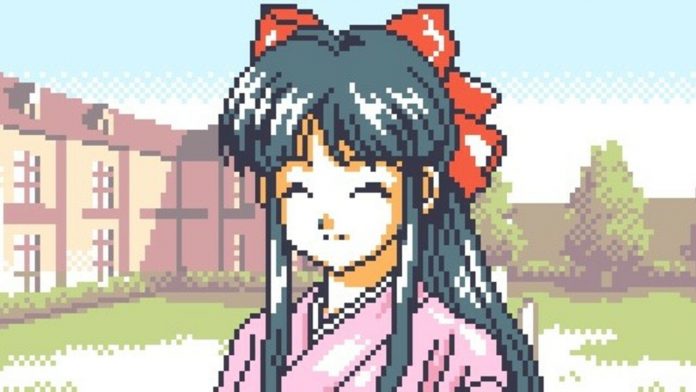 The Game Boy Color was the immensely popular home of a wide range of handheld classics, from multi-million sellers such as Pokémon Gold and Silver and Link’s Awakening DX to the now painfully expensive Metal Gear Solid, not to mention the non-Color original Game Boy library it played, too. Its international success and huge user base ensured the entire gaming industry was willing and able to supply players of the portable with an endless stream of high quality titles, including a staggering selection of oft-forgotten Japanese exclusives.

Some of these were lavish handheld extensions of preexisting console series: as we all now know, Nintendo’s handhelds are the perfect home for a game like Shiren the Wanderer, and Shiren the Wanderer GB2 (not to be confused with the similarly titled Shiren the Wanderer 2) is no exception. From the sweeping desert sands of the intro to the animated monsters Shiren must learn to deal with inside the twisting labyrinths, the game never looks anything less than stunning on the hardware, and as anyone familiar with this longstanding roguelike would expect, Shiren GB2’s a moreish adventure filled with sneaky traps and terrifying monster houses that was very well-received at the time and was once again when its (again, Japan only) DS remake appeared in 2008.

Enix’s Star Ocean: Blue Sphere is another example of this happy trend; not only a direct sequel to the PlayStation game Star Ocean: The Second Story but also an ambitious action RPG in its own right, and still one of the most beautiful games ever produced for the humble Game Boy Color. The dynamic battle system is packed with fluid animations and large opponents, the location artwork is never anything less than spectacular, and there’s even an unofficial English translation patch, too! 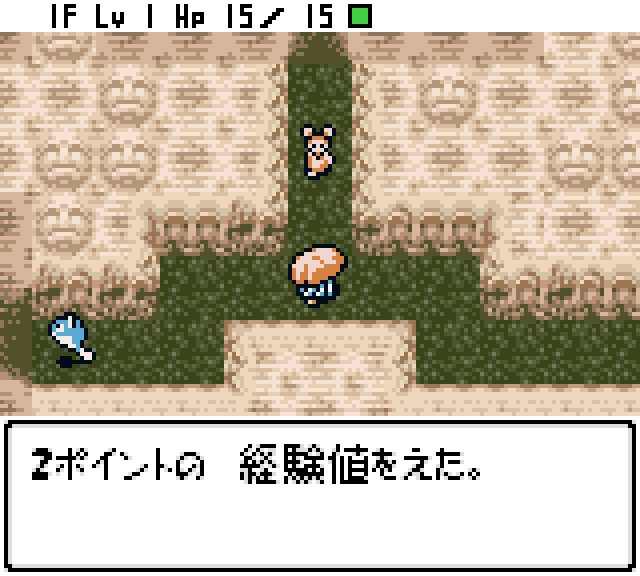 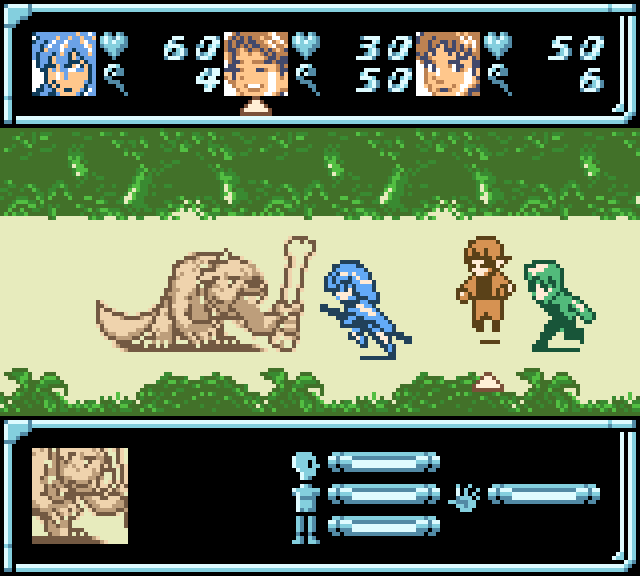 Having said that, RPGs — even really good ones based on established series — are pretty ordinary by the Game Boy Color’s standards. Whether you were interested in Dragon Quest, Lufia, or the monster battling found in Atlus’ Revelations: Demon Slayer, even English-speaking fans of the genre had plenty of great titles to choose from, and the hardware limitations of Nintendo’s handheld felt like a natural fit for the retro style that can suit the genre so well.

So, why don’t we look at something a little more outlandish, like Sega’s Game Boy Color exclusive Sakura Wars GB instead? This unlikely release cast players as a fresh recruit spending a month with the colourful cast, aiming to train hard with a view to becoming a true Teito-saver in their own right. To keep things interesting, the obvious merits of extensive training always have to be balanced against the threat of Hanagumi-upsetting exhaustion while still trying to sneak in a little casual time with the cast as well. The art and music are immediately recognisable to fans of the Saturn games, giving this Sega-on-Nintendo title a welcome air of legitimacy as much as it does familiarity. This game was also compatible with the Pocket Sakura — a rebranded Pocket Pikachu Colour with step-tracking capabilities still intact — enabling players to take the always wonderful headline character Sakura Shinguji out for a walk, viewing her cute reactions and earning points that could then be transferred back via the built-in IR sensor to the Game Boy game. It may not truly be Sakura Wars on the Game Boy Color but even so, Sega still somehow managed to successfully capture everything that made the series so appealing on a relatively tiny cartridge and very different format. 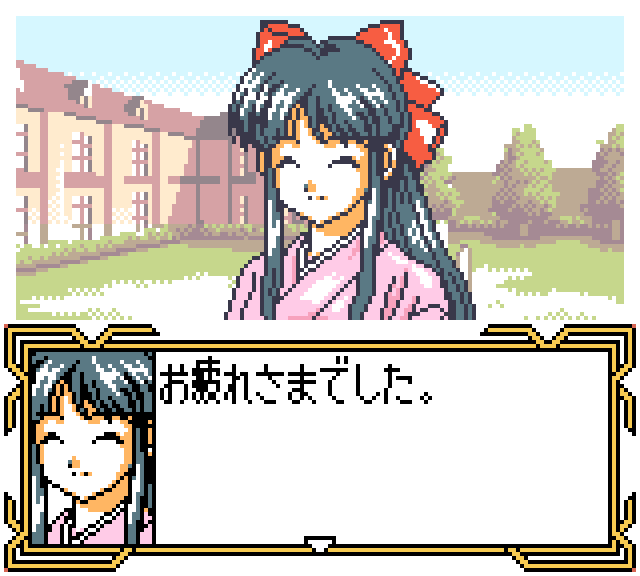 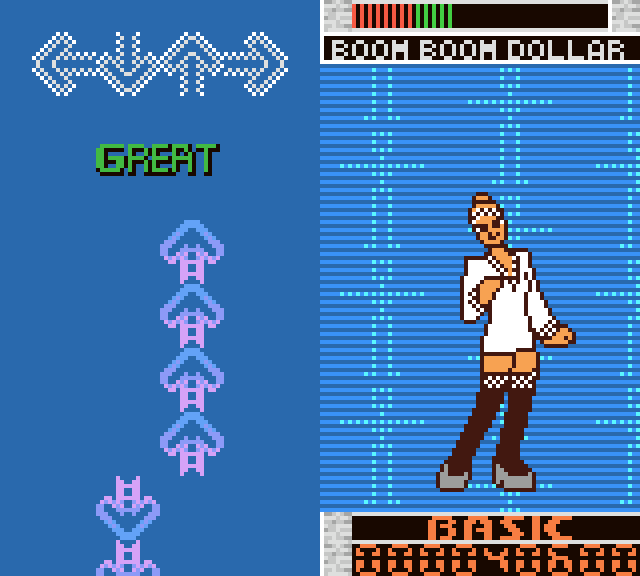 Another title that at first glance appears totally unsuitable for handheld play is Dance Dance Revolution GB. Gamers of a certain age may remember Konami’s utter dominance of everything rhythm game related during the late Nineties, their popularity bringing about not only an endless stream of PlayStation ports of their arcade hits but a huge range of Game Boy Color releases as well. This unlikely release included a special dance mat-style accessory to fit over the handheld, covering the usual controls with Konami’s iconic arcade arrows.

Dancing with your fingers may sound like a colossal waste of time and money when the whole point of the series is to dance with your feet, but honestly this unusual setup ends up being a lot of fun. Your input method may have changed but the game is still throws an onslaught of arrows your way that can only be conquered with quick reactions and precision timing, the only difference is you’ll be slightly less physically exhausted at the end of a Game Boy session than you would with a slippy plastic dance mat spread out on the floor. Crucially those catchy tunes are still recognisable, the handheld’s little mono speaker working hard to deliver enjoyably beepy new instrumental arrangements of popular tracks found in the many other versions of the game.

The Game Boy Color’s phenomenal success also made it a haven for so very many fascinating one-offs that couldn’t rely on a popular brand to guarantee their success, like the Koei-published (and import-friendly) Samurai Kid. This brilliant and fluidly animated game is a puzzle-platformer and like all the very best games of its type, it uses a deceptively simple set of rules, switches, and timers to create a charming and inventive series of challenges that become ever more complex as the game goes on.

Namco’s Pocket King is another excellent exclusive that had to stand on its own two feet (“a spiritual sequel to the Famicom game King of Kings” isn’t the strongest of selling points), luring players in with an appealing fantasy world of goblins, harpies, and magic and then effortlessly keeping them there thanks to its absorbing take on tactical strategy gaming. 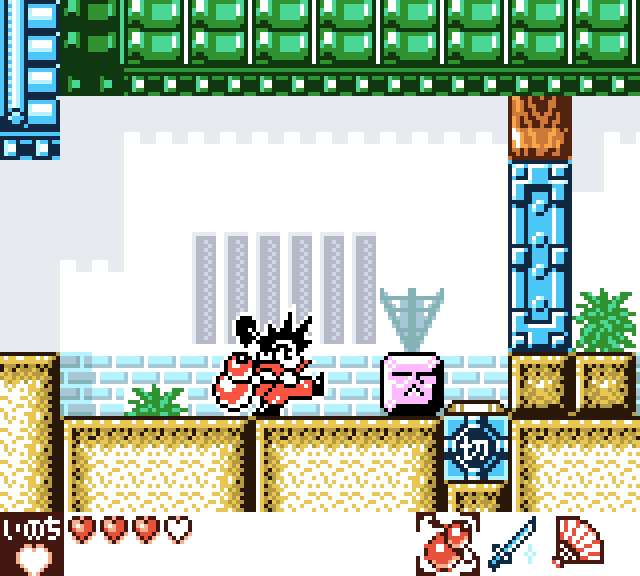 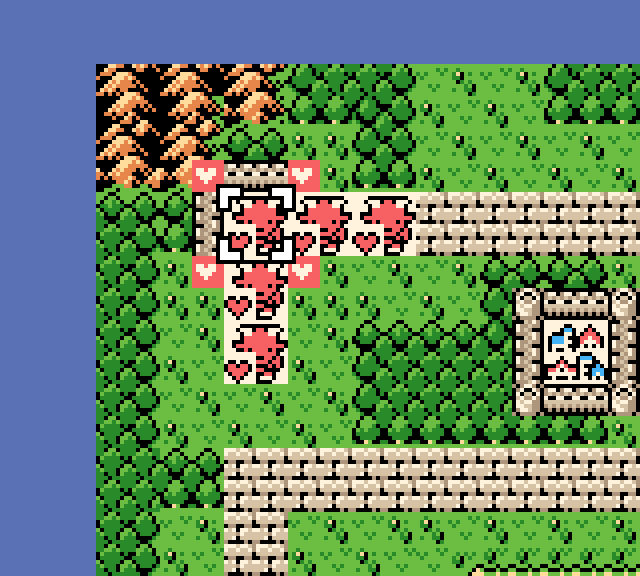 We’ve barely scratched the surface here. There are aquarium experiences, dating games, and multiple Game Boy-only Goemon out there, just waiting to be played. Fishing sims, board games, card games, and weird tie-ins bundled with eye-catching accessories for TV shows that haven’t been relevant for decades. No matter how long you’ve had a Game Boy Color of your own or how many games you’ve beaten, there’s still something new and exclusive out there for you to discover and play for the very first time.

That’s pretty impressive for a modest, battery-powered handheld from the last millennium, don’t you think?

Have you played any of these great games? Which Japanese Game Boy Color releases would you recommend? Let us know in the comments.