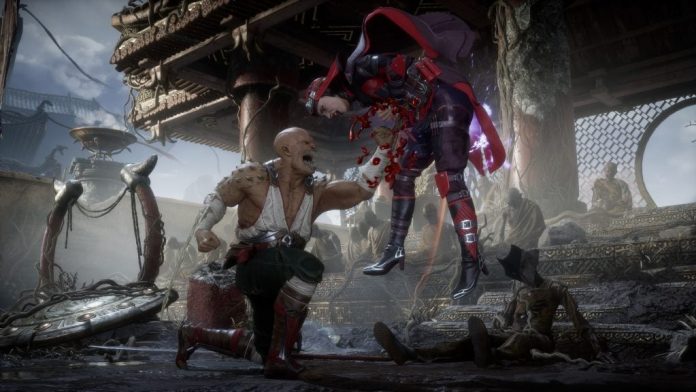 Mortal Kombat 11 is yet another great entry in NetherRealm’s fighting series. We’re living in a golden age of fighting games right now, and NetherRealm’s latest can happily join some of the generation’s best.

If Mortal Kombat has proven one thing throughout its 27 year history, it’s that gratuitous violence in videogames is a timeless joy. Only this iconic fighting series can get away with such gore pornography in the modern age, its brutal fatalities acting as a badge of honour that millions flock to watch unfold whenever a new entry rolls around. 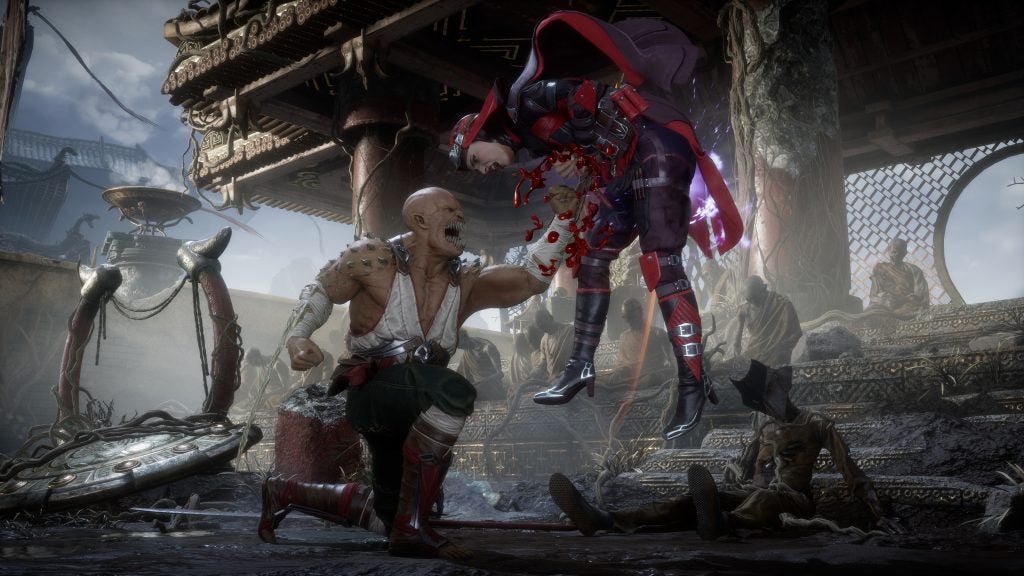 Mortal Kombat 11 is all about fan service. In fact, the entire story mode revolves around it. The timeline as we know it is thrown into disarray by Kronika, a villainous newcomer who wishes to restore the balance between realms by eliminating all events in Mortal Kombat history.

That means all the rivalries and relationships we’ve come to know and love are on the chopping block, but Kronika doesn’t realise that all this time meddling could result in her own downfall.

By disrupting time she causes the past and present to collide, with younger versions of characters being transported into the future from out of nowhere. Sonya Blade encounters Cassie Cage, befriending her daughter whilst their young enough to be sisters. Meanwhile Johnny Cage fumbles into his younger, cockier self, leading to some genuinely hilarious lines throughout the campaign. There are so many great moments – though be warned Ronda Rousey’s performance as Sonya is rather terrible.

It’s a brilliantly creative premise, providing all the ingredients needed to thrust beloved characters into wacky situations, capitalising upon years of history to develop themselves further. Mortal Kombat never takes itself very seriously, and that’s once again true here, but the stakes were big enough that I felt invested as we blazed toward the final battle. 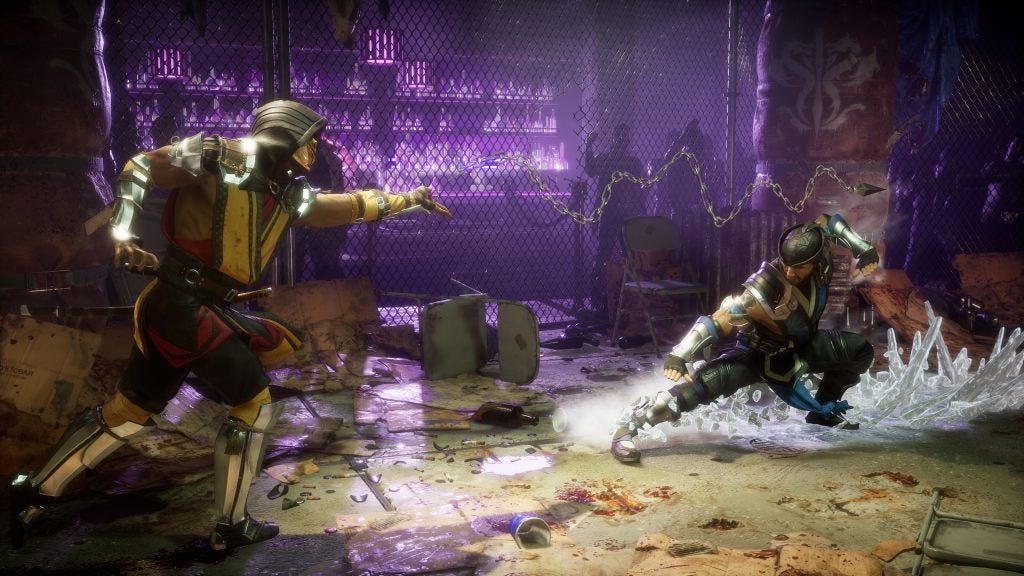 Scorpion and Sub-Zero return, acting as a major highlights of the campaign

You can easily finish the narrative campaign in five hours or so, with it acting as a blockbuster tutorial of sorts before delving into Mortal Kombat 11’s main course. Despite its short length, I absolutely loved it. It’s a popcorn-munching, action-packed extravaganza filled with marvellous set-pieces. I lost count of how many times I found myself grinning like a hypnotised idiot.

Dramatic cutscenes transition into fights seamlessly, never taking you out of the action with a sudden loading screen. Of course, you’ll need to extend your disbelief as groups of characters zip across the world in a matter of seconds, with realm geography meaning nothing in the grand scheme of things. But I found everything silly enough that I never cared to mull over plot holes.

Once I was done with the campaign, I descended upon everything else Mortal Kombat 11 has to offer. Turns out there’s a lot, with familiar modes returning alongside a few welcome newcomers that do a good job of shaking up the formula. Towers are back, essentially an arcade mode where you battle through gauntlets of battles to earn individual endings that flesh out arcs not fully explored in the main story.

Towers of Time puts a clever spin on the archaic mode with Kronika’s time-bending hijinks applying modifiers to each fight. This adds an extra layer of challenge to each bespoke tower, although you can lessen this with modifiers of your own earned in The Krypt, a returning mode from past games. 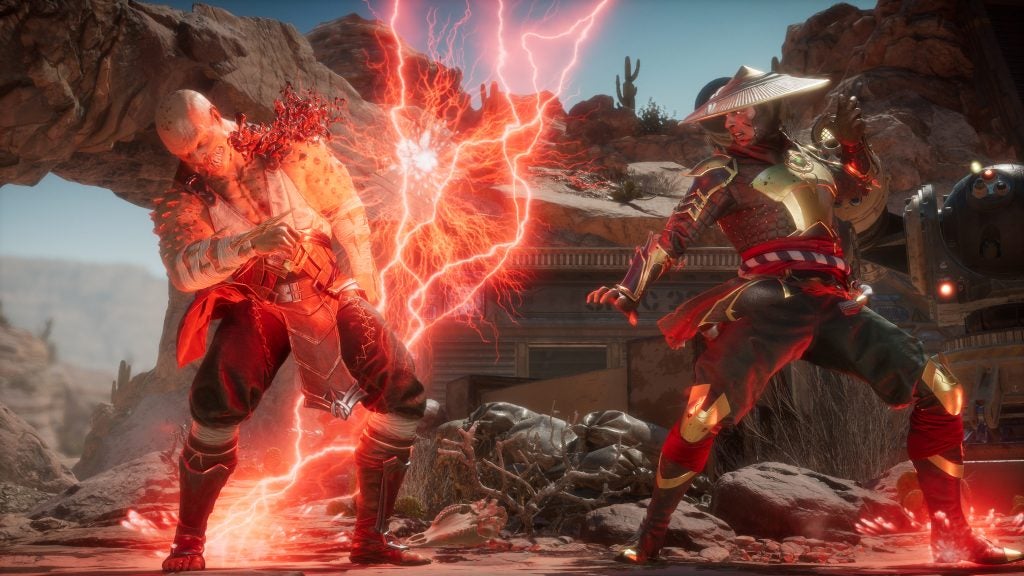 Raiden is kind, mysterious and perfectly happy to waste you with lightning. You’ve been warned!

Played from an over-the-shoulder perspective, The Krypt has you controlling a random chap who stumbles upon Shang Tsung Island. The once prosperous landmass is now a dark, fiery grave filled with corpses and decaying monuments to once great fighters. However, under all the doom and gloom, there’s also loads of treasure to be found.

From the second I arrived at the moonlit gates, I was awash with treasure chests to open, all filled with plentiful collectible trinkets. Concept art, combat modifiers and unique cosmetics for each character are packed in each chest. These require MK Coins to open, a currency earned by doing pretty much anything in Mortal Kombat 11. You’ll find other modes of currency which are much harder to collect, leading me to grind them out on a few occasions.

Because of this, The Krypt soon became a regular haunt I returned to with newfound riches, ready to venture further in search of greater spoils. It’s not a linear corridor either, with the island spanning in several directions. You’ll encounter puzzles alongside nuggets of lore delivered by a ghostly narrator. It’s excellent fun, and a welcome change of pace to the never ending stream of violence.

Of course, local and online multiplayer return in Mortal Kombat 11 with a few modes to experiment with. Boasting such a vast array of stages and modifiers, I can see an active community fostering around NetherRealm’s latest effort as time goes on. That, and we’re bound to see plenty of DLC later down the line, too.

Related: Everything we know about Google Stadia 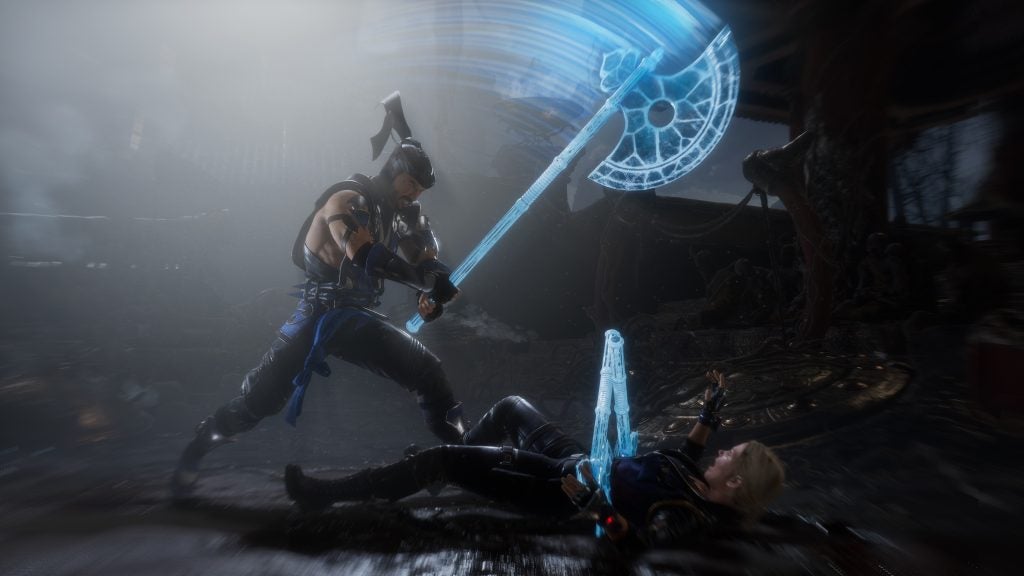 We really, really don’t like where this is going

But enough about modes, how is the combat itself? To be blunt – it’s really good. Mortal Kombat 11 makes some subtle advancements to the formula: fine-tuning what we already know instead of rewriting the rulebook. Arena size is smaller than before, incentivising tight movement and reactive blocking while also making environmental interaction vitally important.

Being in the right part of the stage to pick up a weapon from the scenery can result in devastating damage, turning the tide of battle and leaving your opponent vulnerable to an extra strike or two. Blocking has also been enhanced, with a new mechanic known as ‘Flawless Block’ resulting in a brief comeback window if performed correctly. All these small changes would be minor on their own, but together they make everything feel that much tighter.

Once your health reaches a certain threshold you can perform a Fatal Blow. Dealing oodles of damage, these can make or break encounters if you manage to execute them. They’re easy to block, but pull them off and you’ll be treated to a gloriously violent showcase of cinematograhy as your character cuts, pounds and more or less annihilates the poor soul in front of them. It’s a wonderful mechanic, but I can see competitive players wanting to switch them off to concentrate on pure skill.

You also have Krushing Blows, variations of special moves that can only be performed under strict requirements. It’s all about memorising combos and working them into your repertoire, so you’re encouraged to master singular characters instead of tackling the entire cast. New fatalities, brutalities and other combos are unlocked through The Krypt and other means, leading us into Mortal Kombat 11’s absurdly robust customisation system. 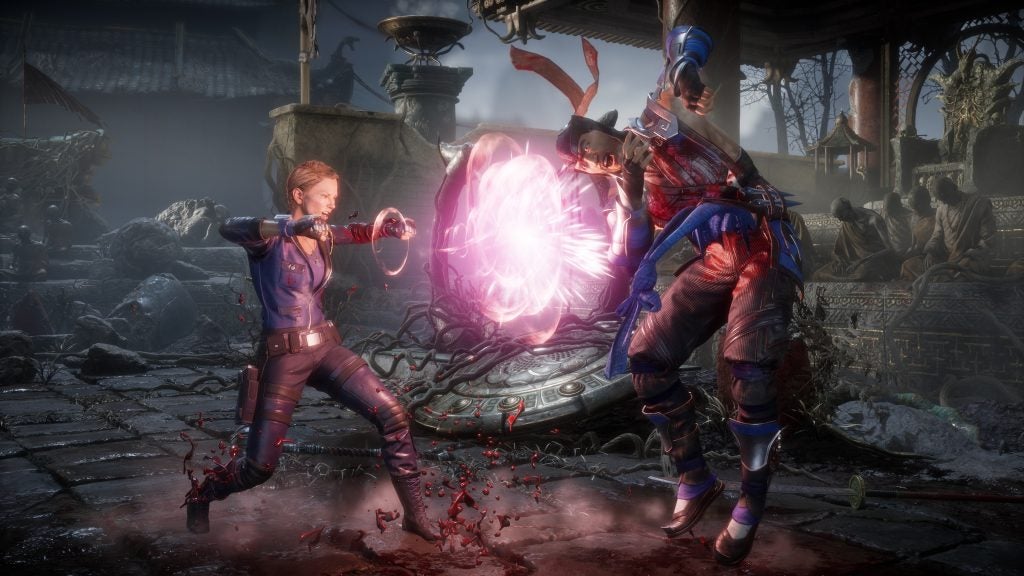 Stages range from abandoned temples to bustling military bases, all of which are filled with weapons to use

Taking a cue from Injustice 2, Mortal Kombat allows you to customise each character to your liking. Individual loadouts can be curated with specific moves, costumes and flashy introductions. Whether you’re a fan of a specific combo string or simply want to look aggressively fabulous, NetherRealm has crafted a progression system that accommodates all of it. The depth on display here is seriously impressive, and unlockables feel evenly split between each mode so that you’re always pushing forward with a smile on your face. Just be careful it’s not covered in blood.

Mortal Kombat 11 is yet another great entry in NetherRealm’s fighting series. The story mode is all too brief, but delivers a frantic action blockbuster that unashamedly hurls fan service all over the place, and is all the better for it.

An increased focus on cosmetic loot and player customisation hasn’t come at the expense of excellent combat design, which feels tighter and more rewarding thanks to some subtle yet clever changes to what we know and love.

We’re living in a golden age of fighting games right now, and Mortal Kombat 11 can proudly take its place amidst the cream of the crop.