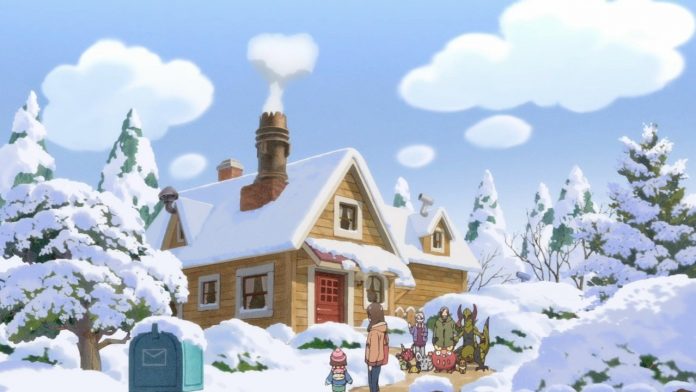 Yesssss. We flippin’ love Pokétoons — not just because they’re beautiful and very, very cute, but because they give us insight into the everyday lives of people who aren’t necessarily 10-year-old trainers or gym leaders.

In the latest Pokétoon, which, according to our very good translation skills, is entitled “Poka Poka Slugma House”, a young girl visits her grandparents, and really wants to see their Slugma. 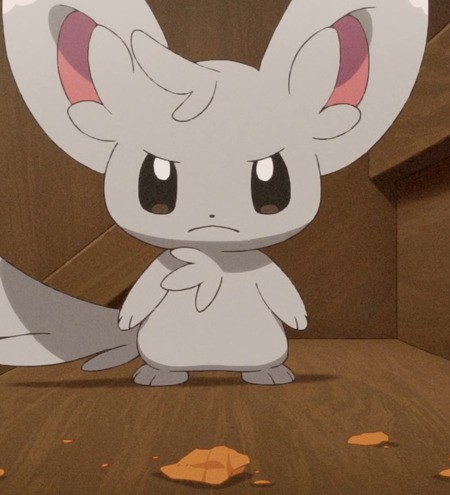 Apparently, even though many of us kids took ages to catch certain Pokémon, some old people just have a ton of them. The little girl’s grandparents have a Darumaka and an Eevee as regular pets, a Minccino to dust the cabin’s floors, a Joltik, Spinarak, and Ariados to help the grandma knit, and a Haxorus to chop wood.

Most of all, though, the little girl really wants to see the Slugma that her grandparents use to heat the house. It usually lives in the pipes, or the various wood-burning (Slugma-burning?) stoves around the house, but she can’t seem to catch up to it. Apparently, her temporary guardians aren’t too worried about her catching the creature made entirely of red-hot lava.

It’s so cute though, from details like the teeny-weeny Joltik catching a ride on the girl’s head to the grandpa polishing up the Haxorus’… head… axes? It’s extremely appealing to see the characters interact with Pokémon in everyday ways, feeding them berries, giving them pats, and seeing the Pokémon respond in kind. It makes us wish Pokémon were real, for the millionth time.