ZemaGames
Home top games Next Week on Xbox: September 20 to 24 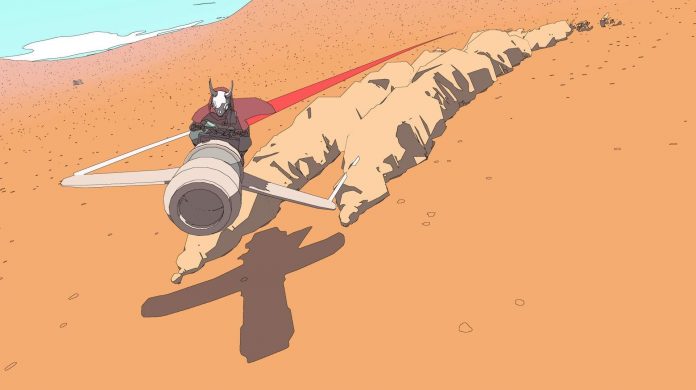 No understanding of golf is required! Just grab your controllers and conquer the mountain peaks by making your way to the hole, but not in the usual skill-shot style. Instead, plan your strategy and use action cards to move the ball to the goal.

The stakes have just been raised! In this high-octane sequel, you must prove your mettle in some of the roughest and most unforgiving drag and street races across the United States.

The ultimate co-op zombie shooter and the next evolution of the original hit World War Z that has now captivated over 15 million players. Fight off hordes of ravenous zombies in intense story episodes across new zombie-ravaged locations around the world.

A tactical strategy game with stealth-based combat, RPG elements, crafting, resources gathering, and management, exploration, and a rich storyline. Set in a grim world, where mankind killed their God and is facing extinction.

Embr is a frantic firefighting game set in a hyper-capitalist reality where emergency services are a thing of the past. Scale buildings, smash windows, fight fires and save lives alone or with up to four players.

Follow May, an independent and charismatic girl, in her quest to find her missing brother. Advance through the cartoon-style drawn adventures by solving over 270 logic puzzles, tricky rhythmic games, and hand-drawn hidden object scenes. Search for clues about May’s brother, visit mysterious locations and meet interesting characters along the way, which will help you in your journey.

Available on day one with Xbox Game Pass. Embark on an unforgettable journey and guide Sablethrough her Gliding; a rite of passage that will take her across stunning deserts and ancient wonders. Explore a rich world by hoverbike, solve puzzles, climb great heights, and get to know the inhabitants. Discover who Sableis beneath the mask.

A dystopian isometric adventure, following a lonely office worker as he attempts to return home in the face of impossible odds. Experience a remarkable journey expertly brought to life with gorgeous visuals, crafted and tailored by VFX experts.

A local and online party multiplayer game with candy-coated, physics-based fights. Choose your favorite gummy, customize it to your taste, and show who rules over the sugar! It’s impossible to keep your eyes off the relentless free-for-all gummy action with their floppy fist fights and sweet yet savage sucker punches.

Help a blind postman, who can see only walls, to collect all the letters and to find an exit out of lab. Gather letters and bring them to the end as you continue to try and find the exit to the labyrinth.

Explore a huge, abandoned amusement park with a killer clown at the center of it all. Will you be able to solve all the puzzles that are waiting for you on the path to escape in these horror stories? Play a deadly game of hide and seek and try to survive the night!

In Celebration of Violence – September 24

A fantasy action roguelike of exploration and murder. Methodical combat requires that you plan your attacks, dodges, blocks, and parries while considering your opponents and the environment. Death is permanent but you can improve your stats and purchase items to aid future lives. And if things get too tough then up to four local friends can grab controllers and aid the hero as player-controlled monsters, zombies, and bandits.

Follow the clues, deliver righteous beatdowns and crack an impossible case as Private Detective Takayuki Yagami in the next entry in the Judgment series. From the studio that brought you the Yakuza series, Lost Judgment weaves elements of investigative sleuthing, noir narrative and action combat into one mystery thriller.

Little Kite is a point-and-click story driven adventure that highlights the problems of a struggling family, in which one person has given up, and another tries to correct mistakes of the past.

Family game night is about to get terrifyingly exciting! Save the Addams Family Mansion from destruction in this hilarious 3D platform adventure for up to four players. Play minigames that will have you bumping and jumping over each other to win.

Related:
Inside Xbox Series X|S Optimized – Diablo II: Resurrected
Next Week on Xbox: September 6 to 10
An Inside Look at the Missions of World War Z: Aftermath