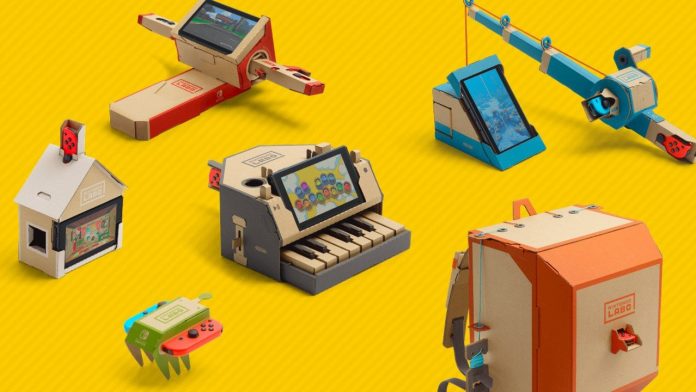 Today’s reveal of the Nintendo Switch OLED hasn’t led to much disruption in terms of what games can be played and enjoyed; the system is the same under the hood, albeit the bigger screen and other goodies will still make it desirable. However it is a teeny bit wider, which will impact Nintendo Labo.

The Labo range has been an enjoyable part of this generation, albeit its quirky approach to building and gaming perhaps didn’t achieve notable sales success as the series progressed. Now the official FAQ has outlined that there will be ‘differences’ playing the Labo Toy-Con accessories with the OLED model.

The size difference is only 0.1 inches in terms of the OLED tablet’s overall width, so for a number of the Toy-Cons we imagine it’ll still fit, it may just be the most snug cardboard controllers affected. The Labo VR is most likely to be affected, as the bigger screen will potentially not align properly with the goggles.

We shall see when the system launches – the big question, do you still play Nintendo Labo? Perhaps we should all dig out that cardboard as a reminder that, actually, it can be rather fun…