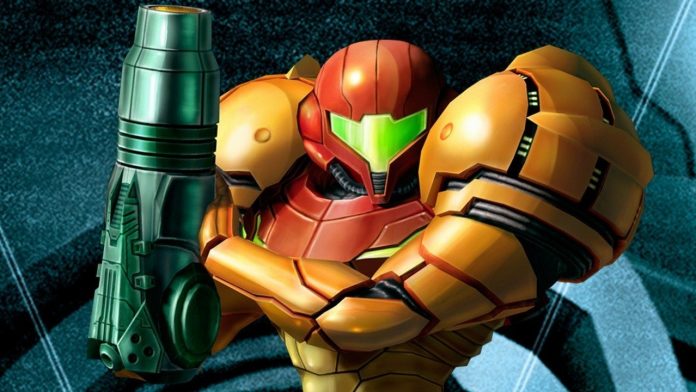 Remember last year’s ‘Gigaleak’, when all sorts of secret data and information from Nintendo’s vaults somehow found its way online? Well, it appears that even more is now being discovered, including a number of Wii projects that were ultimately scrapped.

Plenty of these never-released titles are intriguing, but some will be of particular note for Nintendo fans. One of these is ‘Project X’, a Zelda game from Retro which we spoke about in detail earlier today, but another one that’s caught our eye is a Metroid game that was to be developed by Intelligent Systems, the studio best known for its work on Fire Emblem, Paper Mario, and WarioWare. Oh my.

Shared in an ever-growing thread by Resetera user MondoMega, here are the reported cancelled Wii projects and other interesting little tidbits spotted so far (if you’re wanting to avoid hearing about too many games that were never supposed to see the light of day, now’s your chance to head back to safety).

– ‘Tennis’ for Wii; guess this was folded into Wii Sports.
– Excitetruck is known as ‘World’s Toughest Race’; notes say “A racing game that looks like a 4WD truck version of Excitebike with realistically oriented graphics.”; guess they figured they should actually put Excite in the title.
– Project Hammer is listed as ‘Hammer Man’. Notes says “Aiming to create a Dynasty Warriors type game that will sell in North America.”
– Fire Emblem Radiant Dawn is just called ‘Fire Emblem GC 2’. Note says “The direction is to increase the movie portion, which was well-received by users in the GC version.”
– Sphere, unreleased n-space game, is mentioned. “Female spy infiltration action. Metal Gear-like switching between multiple remote cameras”.
– ‘Metroid’, developed by Intelligent Systems. Notes say “Release some time after Metroid Prime.”
– ‘Project X’ by Retro Studios; the “action game featuring the Sheik from Zelda: Ocarina of Time.”
– ‘KNIGHT Wars’ by Kuju; “Fantasy-based strategy with Battalion Wars assets.”
– Super Smash Bros. Brawl is listed as ‘Project Sora’, developed by HAL and Game Arts.
– ‘sword fighting theme’ developed by Y’sK; no idea what game this is.
– Mario Strikers Charged (called ‘Super Mario Strikers 2’) was intentionally aiming for a EU launch first, and was aiming to be a launch title (which it missed).
– ‘Revo R’ by HAL. Notes say “Aiming for Pop Art style graphics” which made be think it was this unreleased Kirby game, but the genre is listed as Racing.
– ‘Jump Super Stars’ for Wii? Developer listed as Ganbarion.
– ‘DDR Mario 2’ on Wii. Developer is Konami, obviously.

MondoMega also unveils a variety of working titles for DS games, such as ‘Tingle RPG’ which would naturally have gone on to become Freshly-Picked Tingle’s Rosy Rupeeland; a game called ‘Plucker’ which was apparently proposed by Magic the Gathering creator, Richard Garfield; and suggests that Wii’s Captain Rainbow was originally listed as a GameCube game.

If you’re interested in seeing more, the leak has also lifted the lid on some early Wii Remote concepts; otherwise, join us in dreaming about an Intelligent Systems take on Metroid in the comments below.