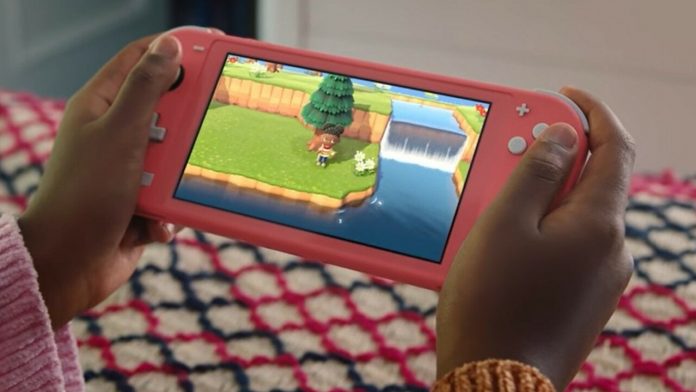 Nintendo published its Q1 financial results today and they were, largely, what was expected. The extraordinary boom in business from the equivalent period in 2020, as Animal Crossing: New Horizons took off and gamers around the world were forced to seek home entertainment above all else, was not repeated. Nintendo — alongside various similar businesses — has forecasted lower sales and profits as 2021 simply isn’t recreating those same conditions, at least not to the same degree.

The results, ultimately, still show Nintendo to be making extremely healthy profits, and that’ll likely continue for the rest of the year. All of this while still in the midst of difficult conditions and health concerns in large parts of the world, with Japan being one country (among others) with continued restrictions that affect work practices, travel and more. This year — regardless of platform and size of company — has been typified by delays and project extensions; games and products still need longer to finish than in past years, and that impact is ongoing.

Moving beyond (hopefully) the current pandemic-related issues, Nintendo has a major Mario motion picture out in 2022, the ongoing development of its theme Parks, and of course various big-name games on the horizon.

The pure financial numbers, even with the drops compared to 2020, are still significant — Nintendo is so cash rich that it’s going to spend up to $900 million USD buying back its own shares only to ‘cancel’ them, a move that’s only in the playbook during good times. Moving beyond (hopefully) the current pandemic-related issues, Nintendo has a major Mario motion picture due out in 2022, the ongoing development of its theme parks, and of course various big-name games on the horizon. Numbers might be ‘down’, but they’re certainly not ‘low’; the company’s bank balance, brand power and current popularity are extremely healthy at this moment.

Yet still, you don’t need to look far to find Nintendo fans that are disgruntled, or at the very least a little disappointed with recent trends. The unveiling of the Switch OLED (and the inevitable focus specifically on what it isn’t) didn’t go down well with everyone, and though there are multiple major game titles on the way there’s always a desire for more. The challenges of the past year have arguably also seen missed opportunities; Animal Crossing: New Horizons is a good example. It’s been a phenomenal sales success that at one point had irrepressible momentum, yet after a positive early spell meaningful updates slowed down, practically grinding to a halt this year. Considering the enjoyable features the latest game still lacks compared to its predecessors, and the extraordinary profits it helped to drive, recent news that updates are in development is welcome but also feels rather late. That lightning has arguably escaped the bottle; the captive audience has moved on.

Hardware sales, while still very healthy, also show a shift in trends with the biggest loser in this case being the Switch Lite. As you can see in the graph below it was doing particularly well in the equivalent period a year ago, but we recall that standard Switch models were hard to find at that point, making the Lite the only option available for stretches of time.

What the graph shows is sell through (systems selling to consumers, not the wholesale figures to retailers), so it helps to give a sense of what’s been flying off shelves, not what the retail industry has been buying as stock. Last year, as Nintendo grappled with supply issues of the standard model, plenty picked up the Lite model instead.

To be clear and fair, too, the Switch Lite has arguably been a success since its arrival in 2019 – the latest figures show 15.84 million Lite system sales so far, against the standard Switch that has sold 73.2 million units with an extra 29 months on the market. Last year was strong for the Lite, with it selling a little under half of the standard model, which is a similar ratio to its debut year on the market. As a spin-off device that lacks that namesake ‘switch’ mechanic, it nevertheless found its spot in the market.

That graph above, however, shows that in Q1 this year not even broader demand for the Switch is elevating Lite sales to the same degree as it did in the depths of 2020’s lockdowns. Standard Switch models are still selling ‘through’ to actual consumers at a solid rate, but the Lite models are starting to spend longer on shelves. In Q1 last year Lite consoles accounted for 46.1% of system sales; in Q1 this year that’s dropped back to 25.6%.

As hardware sales drop off compared to last year, it’s the Lite that seems to miss out.

It brings to mind a recent Soapbox on these pages by Kate Gray, wondering whether it’s time for a new Nintendo handheld, albeit acknowledging that the odds of that happening seem slim to non-existent. The Switch is a hybrid of course, and that is one of the key selling points that has driven its phenomenal success. Yet while the Switch can be popped in a case and taken around in a bag, for example — a habit this scribe has when visiting family — it’s not a handy portable in the same sense of a DS or 3DS. It’s not a system you pop in a pocket, or a small corner of a tiny bag. Nor is it particularly durable and designed for extensive travel and real world rough-and-tumble. It’s probably best enjoyed in portable mode in a comfortable chair at home, or to be taken out on journeys with careful handling in mind.

And the Lite doesn’t fully address those issues because the system’s concept arguably holds it back. It has a rubberised and more durable shell, its Joy-Cons are integrated (which is enough to strike fear into those of us that have experience drift problems), but it’s still that bit too big to be a true go-anywhere portable system.

Perhaps it’s due a price cut, too. Nintendo, of course, doesn’t cut prices when something is doing well, as we see with the continuing demand for standard models and the pricing given to the upcoming OLED model. If the Lite continues to dip in the next six months, though, it may be on the cards. After all, there are key ‘Switch’ features you lose with the Lite: detachable controllers; full compatibility with products like Labo and more tellingly the big-selling Ring Fit Adventure; the core feature of seamlessly and instantly hooking up wherever there’s a Switch dock for multiplayer and shared game experiences. It’s a Switch without the console’s unique selling points yet it’s still $200USD; it’s easy to see why it’s not the preferred choice for the majority when standard models are available.

It’s a Switch without the console’s unique selling points yet it’s still $200USD; it’s easy to see why it’s not the preferred choice for the majority

None of this is surprising, perhaps, especially as the 2DS held a similar status in the 3DS family; useful for some as a second system, or perhaps a less-expensive option for children. Perhaps what we’re really seeing is the end of the honeymoon period of sales — collectors desperate to have a cute Lite in a particular colour or second systems for families. More importantly, that unprecedented boom of 2020, when Lite sales hit their peak in Spring / Summer, won’t repeat while supplies of standard models are either matching or are closer to meeting consumer demand.

‘The Switch that doesn’t’. It’s had a good run and will continue to find some happy new owners, we’re sure; yet it’s destined to be a relative footnote in the Switch console family’s history when the dust settles years from now. Whether that fate also awaits the OLED model will be interesting to see.

What are your thoughts on Switch Lite? Do you think its mainstream appeal would pick up again if Nintendo dropped the price? What price should it be? Let us know in the poll and comments below.