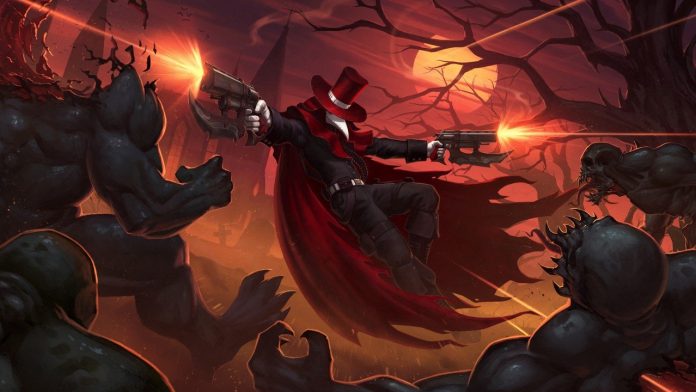 Enough games have taken their cues from From Software’s Dark Souls and Bloodborne games that “Souls-like” is beginning to become its own genre, but we can’t say that we mind — especially when the games look this good.

Crowsworn is unabashedly Bloodborne-y in its presentation, with cathedrals and Victorian lampposts up the wazoo, plus the main character is a sort of crow/plague doctor with a scythe for a weapon. It’s fantastically on the nose (or on the beak, perhaps), and we bloody love it. Inject that Victoriana right into our veins, thanks.

But Crowsworn differs from Bloodborne in a few key ways: firstly, it’s a 2D combat game, and secondly, it’s a Metroidvania. It’s also entirely hand-drawn and animated, and finally — and most importantly — it’s coming to Switch, unlike Bloodborne.

Reaching its Kickstarter funding goal in less than 24 hours, and currently reaching towards the stretch goal of adding voice acting (call us, our crow impression is excellent), Crowsworn has clearly found a loyal and excited audience already. You can back it yourselves if you want to guarantee yourself a copy, design an in-game boss, or grab yourselves some Crowsworn merch, including an art book, a plush, and a t-shirt, made in league with Fangamer.

Rather excitingly, there’s already a guaranteed physical version, which will bear a design from comic and Magic the Gathering artist Dave Rapoza, which — despite being described as “not final” — is rather lovely:

The current delivery estimate is December 2023, so it’s likely that we won’t be adventuring in Corvid Land until Covid Land is over (fingers/feathers crossed).

(Also, as editor and wordsmith Gavin Lane points out: the title is very nearly a palindrome. Is that important? Probably not, but it’s cool, innit?)